How Much Is One American Worth? Public Opinion toward Globalization 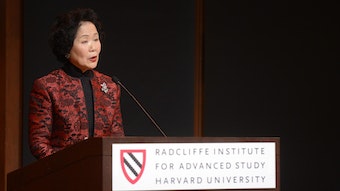 Play video
My Country, My Hopes The Constitution, the Court, and Social Change Unsettled Citizens

This event is free and open to the public.

Economic globalization remains extremely controversial in the United States and elsewhere. Nevertheless, opinions do not fall along recognizable partisan lines. In her current research, Diana C. Mutz uses surveys and experimental designs to explore the psychological, political, economic, and philosophical underpinnings of American attitudes toward policies such as international trade and outsourcing.

Mutz finds that the mass public’s views of international trade are strikingly different from those of economists. Surprisingly, the public’s views have little to do with the impact of trade on their personal economic well-being, let alone economists’ views of trade’s impact on the public. Instead, trade attitudes have more to do with attitudes toward the value of cooperation versus competition and on general attitudes toward citizens of other countries. This evidence highlights Americans’ differential valuation of human lives.