A Family with a Past

In writing the story of his own family, Edward Ball RI '17 examines America’s racial history. 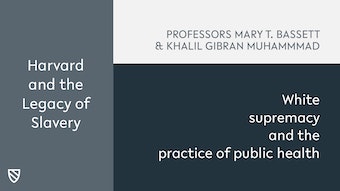 In his 20s, Edward Ball was living in New York City and working as a freelance writer for the Village Voice when he decided to attend a family reunion in Charleston, South Carolina, where he had lived as a child but hadn’t visited in several years. Once there, he mingled with relatives (some 150 of them); toured his family’s former rice plantations, which now had other owners; went to dinners and cocktail parties; and listened to lectures by local historians. “During the whole weekend,” Ball says, “we told stories about our ancestors, but said nothing about the 4,000 black people that we had enslaved. Nothing. I thought it was a little late in the day for a white-only memory of slavery.”

Ball returned to New York determined to tell the story of his family’s past from both perspectives, black and white. He quit his job at the Village Voice and moved to Charleston, where he dove into the 10,000 or so pages of Ball family records. Thus began the book that would set him on the path to writing family histories and define his career.

Today, still known for that first book, the best-selling Slaves in the Family (Farrar, Straus & Giroux, 1998), Ball is working on a project that he has provisionally titled “Life of a Klansman.” At the Radcliffe Institute, he was the 2016–2017 Beatrice Shepherd Blane Fellow. As a child of two Deep South cities—Charleston and New Orleans—Ball has intimate knowledge of the topics he writes about. His first book is about his father’s family, and the one he’s writing now is about a member of his mother’s family; in between, he wrote four other nonfiction books. “What holds my stuff together,” Ball says, “is this idea that family history is a way to access history with a capital H.”

As Ball was growing up, his father, an Episcopal clergyman, and his mother, a bookkeeper, kept quiet about slavery. “I knew that there was something about our own family history that was significant in the development of the race history of this country,” Ball says, “but I couldn’t name it. Although I knew very well that our family were major slaveholders, I internalized the taboo around that subject”—the taboo that dictated silence.

When he went north to attend Brown University and subsequently studied film at the University of Iowa, the taboo still held. Then came the years in New York City, followed by the family reunion and his move back to Charleston.

Combing through records, Ball soon learned that his family had operated 25 rice farms over a period of two centuries—plantations named Comingtee, Hyde Park, Kensington, and Limerick. “I did not know,” Ball writes, “that the descendants of the ‘Ball slaves’ numbered perhaps 100,000, people who lived all across the United States.” Of these people, he needed to find some who would tell him their family stories. He found 10 black families who agreed to participate.

Among the 10 is one Ball thought he might be related to—the family of Carolyn Goodson, whom he visited in Philadelphia. One of Goodson’s sons asked Ball what it was like to be surrounded by black people while conducting this research. “Maybe it’s like being black and going through life surrounded by white people,” Ball answered.

Slaves in the Family was published in 1998 to wide acclaim—including from the historian Drew Gilpin Faust, now Harvard’s president, who wrote in the New York Times Book Review, “[Ball] reminds us that slavery was not just about economics or politics or even abstract questions of morality, but most essentially about the millions of human beings imprisoned within its chains.” The book won the National Book Award, unusual for a debut.

Ball’s family did not greet the book with comparable enthusiasm. He had broken the taboo. “I was a radioactive member of the family for many years,” he says. “[The book] was very divisive. It pitted wives against husbands, old people against young people.” He believes he had about 20 allies in the family of 150.

Ball’s four other books also rely on family history: The Sweet Hell Inside: The Rise of an Elite Black Family in the Segregated South (Morrow, 2001); Peninsula of Lies: A True Story of Mysterious Birth and Taboo Love (Simon & Schuster, 2004); The Genetic Strand: Exploring a Family History through DNA (Simon & Schuster, 2007); and The Inventor and the Tycoon: The Murderer Eadweard Muybridge, the Entrepreneur Leland Stanford, and the Birth of Moving Pictures (Doubleday, 2013).

But Ball is still best known as a commentator on race, which he continues to write about. This past fall, he wrote a review of the National Museum of African American History and Culture, in Washington, DC, for the New York Review of Books. He likes this new Smithsonian museum, the 19th, though he ends with mild criticism of its “four winds of feel-good creativity,” referring to the Culture Galleries, “a festival of black dance, spoken word, song, and clothes.” Then the broader conclusion: “The nation does not have a museum of slavery. But I suspect that many black people do not want a museum of slavery. (Whites really do not want one.) What we apparently do want, and now have, is a place where the tragic story of black America is folded into a happy coda.”

Like most Radcliffe fellows, Ball was extremely busy during his year at the Institute. In addition to conducting research for his next book, he wrote a two-part article about the Dylann Roof trial in Charleston, also published by the New York Review of Books. Ball believes that Roof, who killed nine black people in the Emanuel African Methodist Episcopal Church in 2015, was not mentally ill when he committed these crimes but under the influence of white supremacy. The article is a powerful evocation of what white supremacy looks like around Charleston: the selfies that Roof took on a beach known to be a slave depot, where he etched in the sand the number 1488—supremacist code for the “14 Words” slogan and “Heil Hitler”; a gun warehouse that displays “racks and racks of rifles, shotguns, and assault weapons, propped like rakes, by the hundreds.”

But Ball doesn’t let any white people off. “My view of white supremacy is somewhat uncomfortable,” he tells me. “And that is that it’s the water in which we swim, and that unconsciously or inadvertently, all of us white folks participate in many forms of supremacist thought and activity.”

A Crime Against Humanity

LIVING GENERATIONS HAVE COME around to the consensus that slavery was a crime against humanity, and so it was. The families of former slaveholders are not responsible for the past in the way a criminal is culpable for a crime. We cannot have influenced the dead, our ancestors, who enslaved black adults and children. However, the descendants of slaveholders are accountable for exploitive acts done in our name, for the reason that we have inherited advantages from them. We can acknowledge and speak about the difficult acts in which our families took part, rather than hide or distort them—we can retell those stories and try to make sense of them. Added to this, I think that white people as a wide group are also accountable for the slave past, for the reason that all whites extensively benefit from the legacy of slavery.

One sometimes hears declarations like this: Our family were immigrants, and we came to America after the Civil War. We had nothing to do with slavery, which had already been abolished. We were poor, and we worked and climbed up into the middle class. So don’t talk to me about slaves, because we’re not liable for all that.

To which there is an answer, something like this: Your people might have been Irish potato farmers—or Italian peasants, Russian Jews, German craftsmen, or others escaping poverty and persecution in Europe. Yes, they struggled, and their suffering should be honored. But when they arrived in America—in 1870 or 1890, in 1910, or 1940—your family set foot on the top tier of a two-tier caste society, and they got work or land, housing and education, all things that, thanks to slavery, were withheld from black people by custom and by law. And these gifts helped poor white immigrants who came from Europe after the Civil War to take benefit from the legacy of slavery, and to move up into the propertied class.

While writing Slaves in the Family, I came to the conclusion that it would be appropriate to offer an apology, perhaps merely to one African American family whom we had enslaved. An apology would be a gesture—inadequate, maybe even self-serving—but it might have symbolic strength beyond the personal event. In the end, I apologized to two families whom I had come to know closely for what my family had done to their people, a long time ago.

The idea that one might answer in the present for a crime against humanity in the past carries little weight with most people. Many of us regard U.S. history as a triumphant pageant crowded with heroes. But slavery was the rock on which the founding fathers built the nation. American history is a tragic history as well as a heroic one.

From the 2014 preface to Slaves in the Family. Reprinted by arrangement with Farrar, Straus and Giroux.
Copyright © 2014 by Edward Ball.

Gregory A. Briker ’17, who worked with Edward Ball this past year as a Radcliffe Research Partner, was named a winner of the prestigious Captain Jonathan Fay Prize in May. Awarded every spring by the Radcliffe Institute to Harvard College seniors who demonstrate exceptional and original work on their theses, the Fay Prize was given to three seniors this year, who were selected from the 67 winners of the Thomas Hoopes Prize.

“Greg has natural gifts for the two challenges in writing history: research and storytelling,” Ball says. “He finds the raw metals in the mines of the archive and can smelt and bend them into narrative. At Radcliffe, I sent him into the cave called ‘white supremacy,’ and he came out unhurt by the poisonous material. I asked him to find living people who are linked to historical events of 150 years ago, and he was very helpful. His thesis about a gay magazine in Los Angeles is superb reading, too.”