As the anchor institution for Harvard and the Legacy of Slavery, the Radcliffe Institute asked Annette Gordon-Reed, Tiya Miles, Martha Minow, and other members of the presidential committee guiding the initiative to reflect on the significance of Juneteenth, a holiday commemorating the end of slavery in the United States. “I am honored to join my colleagues in marking a holiday that is both celebratory and solemn—and which also serves as a critical call to action this year in particular,” said Radcliffe Dean Tomiko Brown-Nagin, chair of the committee.

Author By Annette Gordon-Reed, Nancy F. Koehn, Stephen Gray, Tiya Miles, Martha Minow, Meira Levinson Published 06.18.2020 Share Share this page on Facebook Share this page on Twitter Share this page on LinkedIn Copy Link
“Juneteenth is a day for remembering the hope that my ancestors and others had that the dream of equality would one day be realized.”

As a native Texan, Juneteenth has been a part of my life from as far back as I can remember. It was a holiday of family, barbecue, red soda water, firecrackers, and remembrance. The Fourth of July was special, but June 19 was a moment to focus on the history of Black Texans. As I’ve been able to determine, family on my mother’s and father’s sides were in Texas by the late 1850s. So my ancestors would have been among the number whose hopes were raised after US Army General Gordon Granger announced in Galveston, Texas, on June 19, 1865, that slavery was over. That was not the end of the matter, of course. Resistance to equality and true freedom instantly kicked in. But Juneteenth is a day for remembering the hope that my ancestors and others had that the dream of equality would one day be realized.

Juneteenth marks the formal end to slavery in the United States. Yet 155 years later, a resilient and highly adaptive white supremacist capitalist racial ideology endures. It is an ideology that is etched into our very national DNA, rooted in the exploitation of human beings for economic gain—the perverse logic of slavery—and which has laid a long and injurious legacy for Black Americans. It shapes how our cities are organized, maintained, and policed. And while Black people may be free and equal on paper, 2020 has clearly shown that the end of slavery did not end this nation’s willingness to accept collateral damage in exchange for capital gain. No longer confined to plantations, Black Americans have more recently become our “essential workers,” positioned at the front lines of this pandemic without adequate compensation or bodily protection, and with little choice but to show up for work. Reflecting on this nation’s long history of intentional racist policy, practice, and city making, we now have an ethical obligation to realign our priorities and adopt intentional anti-racist agendas that will address pervasive and long-standing injustices in Black communities. The time to act is now! Because if we choose to wait—and it will be a choice—we will once again miss an opportunity to ensure that the very same people who have always kept this country afloat can finally be treated equally.

“A window of potential transformation has opened.”

For a historian who has spent more than 15 years studying Abraham Lincoln, Frederick Douglass, the evolution of slavery, and the Civil War, Juneteenth 2020 marks another critical inflection point in the centuries-old struggle to make good on the fundamental promise of America.

Our nation was founded on the principle that all people are created equal, deserving of and entitled to the same rights, opportunities, and respect. That this principle was enshrined by many powerful white men who owned Black Americans; that, at the country’s birth, slavery was allowed to continue and to grow; and that some of the forefathers recognized the hypocrisy at the heart of the republic they were creating are essential aspects of our nation’s dark, morally abhorrent underbelly.

As a historian growing into her craft, I became interested in the people who have tried to both expose and excise the cancer of systemic racism and Black oppression. I was equally interested in the larger moments in which a number of forces, including human agency, combined to create the possibilities of real, lasting change. The end of the Civil War and the first Juneteenth was such an opening. So, too, was the civil rights struggle of the 1960s. In these and other similar moments, brave men and women accomplished a great deal. But before such action and possibility had begun to bear full fruit, racism surged again, often more virulently and violently than that which all kinds of freedom fighters had so recently battled. The repression, exploitation, and murder of Black Americans continued. The animating promise of America remained—and remains—tragically unfulfilled.

Juneteenth 2020 is another crucial juncture for our country, when human courage and serious leadership meet broader historical forces. A window of potential transformation has opened.

Will Americans—of all skin colors and particularly my white brothers and sisters, who have long enjoyed more power and access than others—summon the will, discipline, large-heartedness, and moral purpose to walk through this window? Will we, like Frederick Douglass, realize that systemic racism contaminates all of us—privileged as well as oppressed—and damages the very fabric of our nation? Will we, in large numbers, resolve to create the country we promised ourselves we would be?

“A civics lesson about our collective obligation to continue the fight for racial justice.”

Holidays matter. Growing up in Austin, Texas, in the 1980s, I was exposed early to the contradictory curriculum of public celebrations. As a state employee, my mother was asked each year to choose which vacation day to take: Martin Luther King Jr.’s birthday or Confederate Heroes Day. In my state-mandated 7th grade Texas History class, Mr. Rodriguez taught us that slavery was eclipsed by states’ rights and preservation of Southern culture as reasons for the Civil War. He also taught us about the joy that erupted among enslaved people in Galveston on June 19, 1865, and he encouraged us to be mindful when we had the day off for Juneteenth—a day that Texas had designated as a state holiday only three years earlier. Nowadays, as a scholar of civic education, as a US citizen, as a parent—I both carry inside me and fight against the complex history of white supremacy, anti-Blackness, and perverted civic education that was enacted by my school and my state. I also strive to elevate moments of joy and to illuminate the potential of progress through collective struggle, despite the continued threat of retrenchment. That, to me, is what Juneteenth 2020 means: it is a civics lesson about our collective obligation to continue the fight for racial justice.

“As an adult, I learned that wherever my young family landed, we could find the Black community by attending a Juneteenth celebration.”

The Juneteenth holiday symbolizes both the beauty and pathos of African American history. The state of Texas, the setting for the original Juneteenth, was a last Confederate holdout during the Civil War. As the tide of the fighting turned toward Union forces, cotton planters from Southern states farther east, as well as from Indian Territory to the North, moved enslaved people to land in Texas, hoping they could maintain their human property holdings and racialized labor system. After the Emancipation Proclamation of 1862 and a series of Confederate Army surrenders in the spring of 1865, Texas slaveholders did not inform Blacks of these dramatically changed circumstances that should have secured their freedom. It was not until June of 1865 that enslaved people in Texas learned of their new status. On June 19, Major General Gordon Granger arrived in Galveston with Union troops and issued General Order Number 3, proclaiming the end of slavery in the state.

Against this ugly backdrop of Southern recalcitrance, African Americans rushed into the arms of freedom, embracing the newfound right to make choices for themselves and their families even as the full meaning of freedom was yet to be defined and the reluctance of the nation to accept racial equality was yet to be revealed in the full scope of its horror. African Americans celebrated freedom with a joy and creativity that spread across the state as more people heard the life-changing news shared that June. Juneteenth, as the moment was called, grew into an annual celebration in Texas punctuated by public festivities. Elsewhere in the country, formerly enslaved people also celebrated an annual Emancipation Day, corresponding most often with January 1, 1863, the date that President Abraham Lincoln’s Emancipation Proclamation went into effect.

The various calendars for celebrating emancipation converged on June 19 as African Americans around the country began to adopt the date and name originated in Texas.

The observance of Juneteenth as an annual African American holiday is now widespread, marked by street parades, festivals, concerts, and cultural activities. Memories of Juneteenth from my childhood in southern Ohio center community gatherings in public parks, barbecue on the grill, artists and vendors at their booths, music, play, and dancing—all in the glow of early summer sunlight. As an adult, I learned that wherever my young family landed, we could find the Black community by attending a Juneteenth celebration. There, nuclear families expanded into and around one another, becoming a full, vibrant community with one shared, beating heart as we recalled the journey of our ancestors and embraced with them again that bittersweet moment of jubilee.

After the Emancipation Proclamation, it still took two and a half years, battles, and lives lost for liberation to reach Texas—and even then, many whites violently resisted change. Ce-liberation, see liberation: Juneteenth marks when formerly enslaved Texans created a yearly celebration to mark liberation, yes, but also to mark knowledge that freedom granted still must be seized; laws announced still must be claimed; some fights, even declared over, must still be fought.

In 2020, we need these lessons more than ever. Make this time different. New denouncements of racism become actions, claims of freedom overcome resistance, and struggles welcome celebration. Change statues and change statutes. Battle external barriers and ones internal to how and who we are.

This year, we lost Dr. Al Edwards, Texas legislator and minister, who in 2004 helped lead a march of over 5,000 people to ensure the students of A&M University would be able to vote. He said about Juneteenth: “Every year we must remind successive generations that this event triggered a series of events that one by one defines the challenges and responsibilities of successive generations. That’s why we need this holiday.” 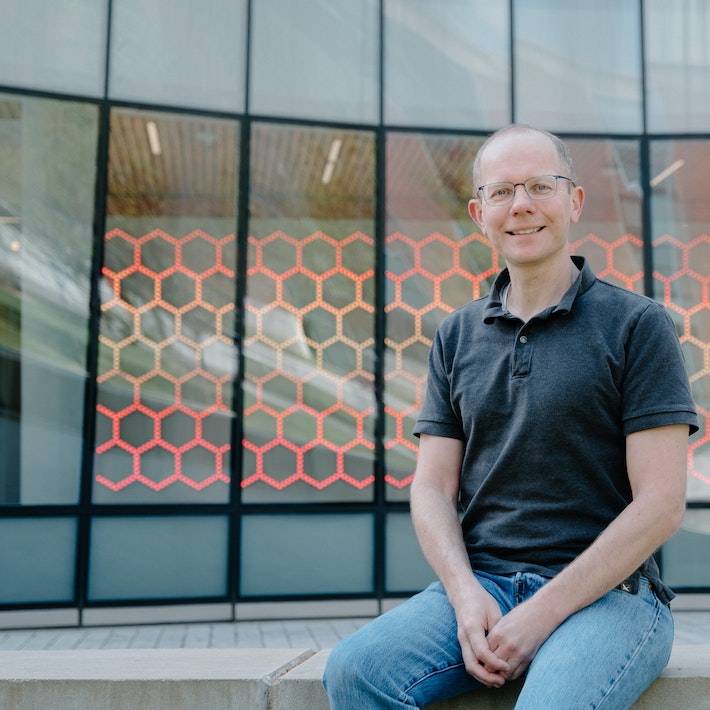 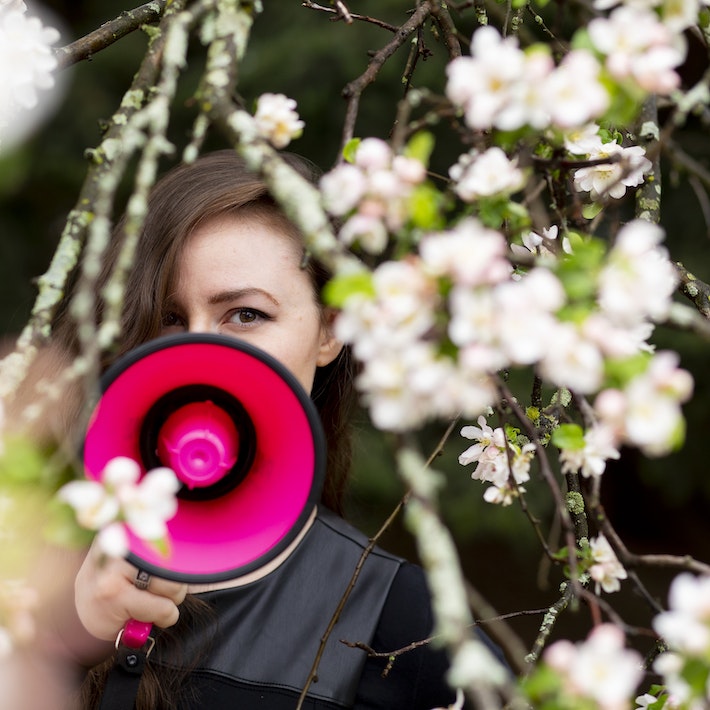