In Research on Feminism and Gay Rights, a Case for Unity

Morgan Melito ’21 is studying history, with a secondary in African and African American studies, and is a member of Harvard’s softball team. 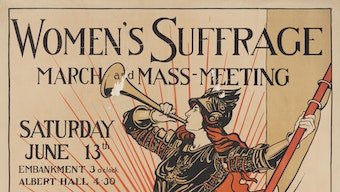 With support from a Carol K. Pforzheimer Student Fellowship this summer, Melito is examining the relationship between second-wave feminism and the gay rights movement. Through archival research, she is evaluating the legal and activist legacies of the feminist reproductive justice movement and their effect on gay rights activism and the eventual achievement of foundational Supreme Court rulings.

The women’s rights movement of the 1960s was quite distinct from gay rights movements of that time. The former initially excluded queer people. How did you find an overlap between these two movements?

I’ve found this distinct overlap through the archives at the Schlesinger Library. For example, the papers of the National Organization for Women (NOW) show that they had a gay rights task force. They’re actually right there in the thick of it. On the activism side, [the women’s rights movement] held conventions to promote gay rights. They also utilized legal tactics. You see [the women’s rights organizations] filing amicus curiae briefs in Supreme Court cases that lead to pretty fundamental change.

I imagine the archives are vast for these two movements. How have you approached the research process?

The primary collection I’m using is Bill Baird’s. It’s a huge archive. I’ve been parsing through that, just trying to figure out what I’m going to use. I’m also using NOW’s papers, and the papers of key individuals like Mary Lee Sargent, who was NOW’s first leader of lesbian rights initiatives. I’m still developing my skills as a researcher, and I want to walk away from this project with both a body of tools and a body of knowledge.

Can you describe something unique you’ve uncovered—maybe something that surprised you—while digging around in these archives?

I’m a new researcher and just being able to dig through these archives myself and find these connections is amazing. You can read bodies of historical work and secondary sources. Those are arguments that historians make after doing their own archival research. You can always question a secondary source to some extent, but until you dive into the archives yourself you never really have that critical eye. I think just the pure fact of searching and discovering has not only made me really read with a critical eye on other things but also have a nuanced perspective on these movements.

You’re looking at historical documents, some from over 50 years ago. Have you found that your research is relevant to today?

Right now, the gay rights movement is still flowering—and strong in the face of a lot of legal pushdown. We also have the Black Lives Matter movement and the Latino movement flowering. It seems to me like the best way to conquer whatever kind of struggle we have in front of us is to come together. That’s something that I’ve really taken away from this project. Without the feminist movement backing the gay rights movement, I don’t think that we would have these foundational legal victories for gay rights. I think that it’s going to continue to be vital to understand the intersections as we move forward.

Interview was edited for clarity and length.