Lessons in Empathy, and Mourning

In 1978, Space Invaders helped elevate video games from niche product to global phenomenon. The simple shoot-’em-up game may not look like much by today’s standards, but Sherry Turkle ’69, AM ’73, PhD ’76 detected a sea change. As a sociologist and psychologist at the Massachusetts Institute of Technology, Turkle came to an important realization: this was an opportunity to study the first generation of children exposed to electronic toys. Her subsequent research led to a career investigating the intersection of human relationships and technology.

Although Turkle’s scholarship has evolved with the times, one finding remains constant: the importance of empathy. Her new memoir, The Empathy Diaries, intertwines her personal life and her academic work—two narratives that overlap more than she realized before sitting down to write the book. Turkle is still at MIT, now as the Abby Rockefeller Mauzé Professor of the Social Studies of Science and Technology and founding director of the MIT Initiative on Technology and Self. We asked her about her research process, her time at Radcliffe College, and her prescription for empathy after a year of Zoom meetings.  The interview was edited for clarity and length.

Radcliffe: You are no stranger to research or writing, but this is your first memoir. What did your process look like for The Empathy Diaries?

Turkle: First, I did a complete excavation of boxes of moldy letters. I fantasized about having a treasure trove of literary material. But I ended up with a lot of Hallmark cards from my grandfather that said something like “I love you, sweetie. Here’s $10. Enjoy yourself.”

I also had letters from my mother during college. She was dying from cancer at the time but hid that from me. These letters did everything but tell me what was really happening to her. She tried to create an avatar for me—an avatar of a woman who didn’t have cancer. Because of that, there wasn’t much truth in the letters that I could draw from. I soon realized that this book was not going to come from primary materials.

Radcliffe: How did you change course?

Turkle: I thought about how attached I was to certain objects, and why. It’s easy to write about an object because they often carry key ideas. For example, when I was eight years old, I distrusted my mother, and I didn’t know how to capture that. Then I remembered a moment when she gave me a hat and said she had knitted it. I remember thinking, “No way. There she goes again—lying. Making me lie.”

When writing this book, I realized that around this time, she had just had her cancer diagnosis. I think she wanted to be and feel close to me. She bought the hat to say, “I love you.” It was at least the truth of her love, and I became closer to her for understanding that. My mother clearly thought that my life would be improved if we shared this lie.

I loved writing this book because, through remembering stories like that, I developed empathy for my mother. I reconciled with her in writing it, and I was able to mourn her finally.

Radcliffe: You attended Radcliffe College and went on to pursue a joint doctorate in sociology and psychology at Harvard. Your work, then and now, is often interdisciplinary. How did your College experience influence that?

Turkle: I was in an interdisciplinary major, and it changed my life right away. One day we’re reading a novel, the next day we’re reading a political tract, the next day we’re looking at paintings. I was taught by interdisciplinary people and told not to stay in any zone. These instructors were all brought to Harvard purposefully. The University wanted to give faculty chairs to nontraditional academics. These faculty members thought of themselves as public intellectuals. They told me to read as much as I could and write for a general public. If the work was good, it would be rewarded. That was the great gift that Harvard gave me.

Radcliffe: But later, your colleagues at MIT advised you to publish The Second Self: Computers and the Human Spirit (1984) with an academic press instead of Simon & Schuster.

Turkle: Yes. “If the work is good, it will be rewarded” was actually crazy advice to give to a woman at the time. Part of me thinks those instructors didn’t think believe that I would make it. Maybe they thought, “Let her love the ride.” After I finished my dissertation, there was a job opening in the sociology department. I applied for it and did not get it. So, this wonderful advice—this freewheeling advice—didn’t get me a job at Harvard. Later, when I was publishing The Second Self, everyone at MIT discouraged me. My interviewees were telling me that the computer was changing the way they thought and the way they felt. I felt like I had to write it for a broader audience.

Radcliffe: You argue in The Empathy Diaries that we need to step away from devices and foster human connection. Is that possible for millennials and younger generations?

Turkle: Even though they’ve been raised in an environment around phones, I’m not ready to count them out when they are given the right support. In my classes, we don’t use phones or computers. When I first tell students that, they look stricken. But after a little bit, they come alive. They’re present with each other for once.

Radcliffe: How can we create that on a wider scale, especially after relying so heavily on technology during the COVID-19 pandemic?

Turkle: We don’t have to create it. Left to our own devices—which is us without devices—we’re extremely good at it. Empathy is putting yourself not just in somebody else’s place but also in their problem. That’s the way we create human connections. We listen to each other. 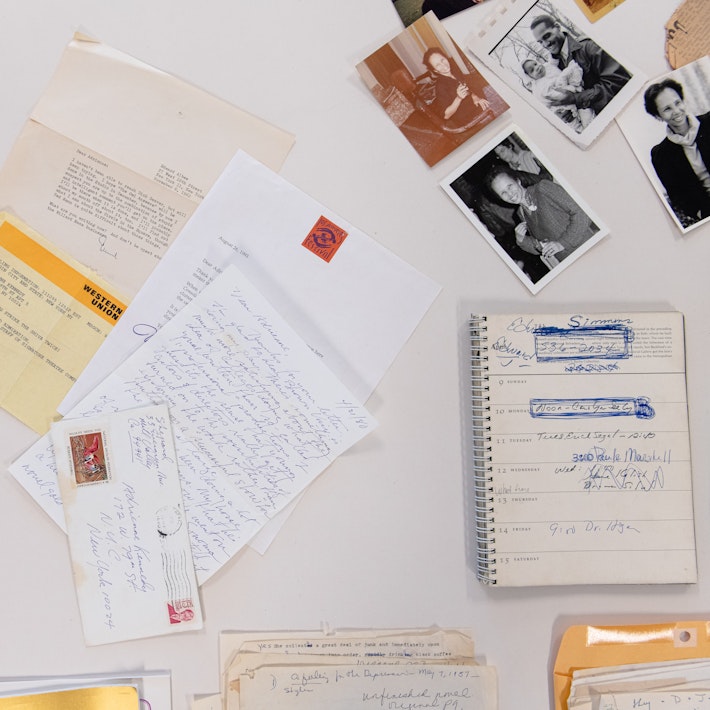