Does Food Have a Gender?

Throughout time and in many cultures, food, whether in the home or professional domain, has long been associated with gender and a range of social and political realities. Culinary historian Barbara Haber and celebrated chef Lydia Shire explored some of those connections during a recent talk titled “Does Food Have a Gender?,” sponsored by Harvard’s Peabody Museum of Archaeology and Ethnology and moderated by food journalist Louisa Kasdon.

Pages filled with recipes offer a window into social and cultural change for Haber, who curated a robust collection of cookbooks at the Radcliffe Institute’s Schlesinger Library. She said such texts reveal “social norms at any given time and place.” Those norms placed American women in their home kitchens throughout the 19th and much of the 20th century. A 1901 cookbook refers to the man of the house who “cheerfully sallies forth to labor for those he loves,” with a perfectly packed lunch, she said, and warns women against “carelessly slighting your loved one” by ignoring his carry-out meal. “It was making it clear,” said Haber, that women should be saving their households from behind their sinks and stoves.

Still, some women railed against such stereotypes. In her 1878 cookbook “My Summer in the Kitchen,” Hetty Morrison describes the “diabolically expansive qualities of rice” and criticizes “writers of cookbooks who set up false expectations,” said Haber. But Morrison was largely the exception. Even writers Erma Bombeck and Peg Bracken, 20th-century humorists known for their wry takes on home life, “sort of accepted the cards they were played,” said Haber, “and it wasn’t until Betty Friedan came along with the ‘Feminine Mystique’ in 1963 when the whistle was finally blown.”

While many cookbooks in that period were written by women, men penned them too. Often, though, male authors sought to disparage women, “by proving that their interest in food was loftier, a higher art, while women were mere drudges,” said Haber. She added that although “stereotyping may be over when it comes to cookbooks,” gender equality in society at large is still far from a daily reality. 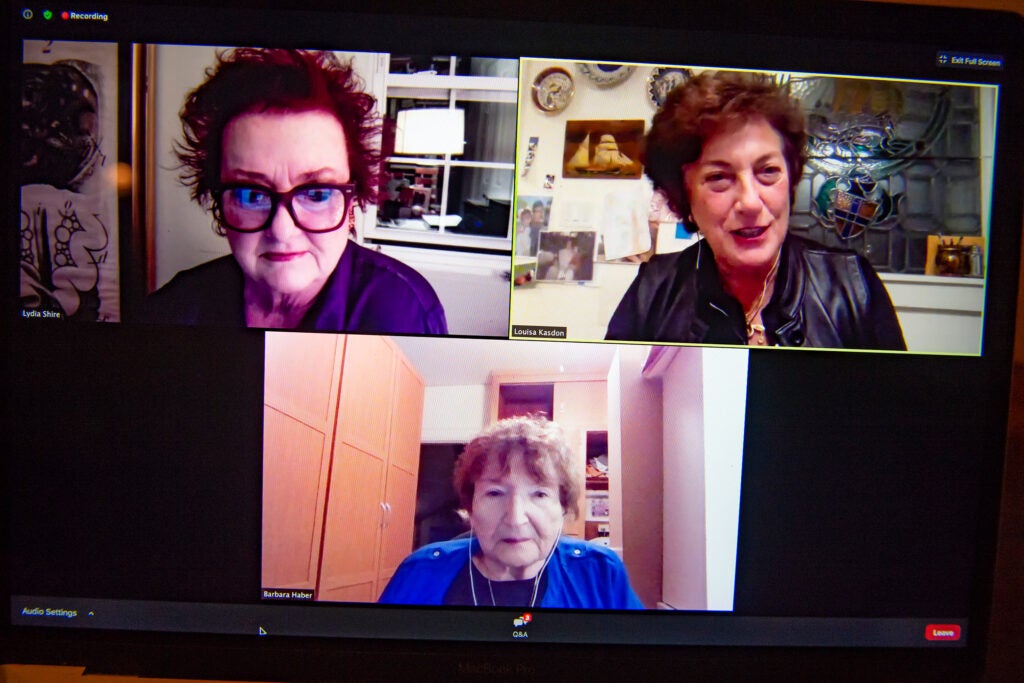 Interestingly, it was a man who inspired Boston chef and restaurateur Shire’s lifelong love affair with food. When not working as an artist, Shire’s father, a quiet Irishman with an understated “elegance,” enlisted his daughter’s help in the kitchen. Shire eventually trained at the Cordon Bleu and became the first female head chef at Boston’s famed Locke-Ober restaurant, a favored haunt of Boston businessmen which opened in 1875 and didn’t even admit women until 1970. Shire still remembers the smell of the first garlic clove she chopped with a giant cleaver at the age of 4, and the sight of her father searing a flank steak to perfection on an old, cast-iron pancake griddle.

“It was love at first sight,” said Shire. “I wanted to be like my father.”

While professional kitchens were predominantly run by men early in Shire’s career, today the culinary landscape looks very different, with many more women working as chefs.

Peabody Museum examines the origins of our favorite foods, how we make them, and who serves them

“That’s changed dramatically. That’s a big change. … My God, women are amazing,” said Shire, acknowledging that while “women always have to work harder than their male counterparts do,” there is “definitely more respect in a kitchen now.”

In the end, Shire said, the proof of a chef’s talent, regardless of gender, is the quality of the food.

No talk on food and gender would have been complete without a mention of Julia Child, the culinary great and Cambridge resident who revolutionized American cooking by simply sharing her love of French food with others. Shire recalled nights at Child’s home filled with wine and hors d’oeuvres. The food was important, but so were the connections. “She was not an egomaniac who wanted adulation,” said Shire. “She just really wanted person A to meet person B and make something happen.”

How will the food landscape change after COVID-19? Kasdon wondered. Once there is a working vaccine, Shire and Haber said they envision those who are tired of cooking at home, along with any number of up-and-coming chefs, recharging the restaurant scene. “I’m hoping rents will be attainable for young people and that you will get a whole new generation, a whole new wave of restaurants, food shops of all sorts, both started by women and men,” said Haber.

Shire agreed. “I think that as far as young chefs working their way up, it’ll be equal, equal men, equal women.”

The discussion was inspired by the Peabody exhibition “Resetting the Table: Food and Our Changing Tastes.”

Julia Child spoke about the profound power of good meals: "A meal doesn't have to be like a painting by Raphael, but it should be a serious and beautiful thing, no matter how simple. What nicer way for a family to get together and communicate?"

Retreating to the Kitchen

As a result of the COVID-19 global pandemic, people are eating--and cooking--at home more than ever. Photo credit kool99

“For every home cook so enthused by their enhanced skills and expanded repertoire that they’ll never look back, there’s another desperate to regain the comfort, convenience, and social experience of a restaurant meal,” says cultural anthropologist Heather Paxson.

Ideas for Flattening the Hunger Curve

A sign at a retailer tells customers they accept SNAP. Image source: jetcityimage

“There is no question that COVID-19 will drive food insecurity into the mainstream,” says Harvard public health policy researcher Sara Bleich.

The Turkeys of Harvard

A turkey stands at attention near a Harvard bus stop. Photo by Rose Lincoln/Harvard Staff Photographer

(C) The Julia Child Foundation for Gastronomy and the Culinary Arts

Julia Child is esteemed for her work as an author of French cookbooks and as a teacher and television personality. Her television series The French Chef, which first aired in 1963, launched a revolution in cooking and eating in the United States.