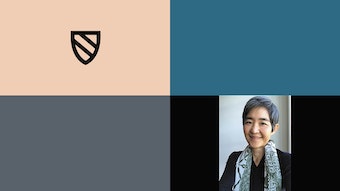 Joan R. Najita is an astronomer at NOIRLab, the National Science Foundation’s research and development center for ground-based optical and infrared astronomy. Her research is primarily aimed at understanding how stars form from interstellar clouds and how disks surrounding young stars evolve to produce planets and the chemical ingredients of life. In recent years, she has pioneered the development of innovative techniques to probe planet-formation environments, including infrared molecular spectroscopy of disks, thermal-chemical models of disk atmospheres, and the synthesis of diverse data sets.

Planets beyond our solar system engage our imagination as humans and lend insight into our origins and our place in the universe. While we now know that planets commonly orbit other stars, their system architectures differ greatly from our own. How diverse are planetary systems? What is the origin of that diversity? At Radcliffe, Najita is exploring these questions using data sets and theory that probe the formation and evolution of planetary systems. This study investigates why other planetary systems are more compact than ours, whether their terrestrial planets contain abundant water, a necessity for life, and the nature of the new population of distant giant planets inferred from images of their formation environments.

Najita earned her BA in physics at Harvard University and her MA and PhD in astronomy from the University of California, Berkeley. She is actively engaged in communicating science to the public and has a lifelong interest in the power of science to inspire and in the role of science in society.