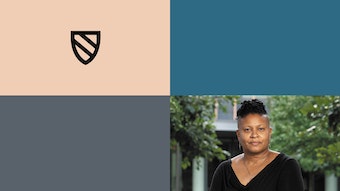 Smith’s areas of interest include urban poverty and joblessness, social capital and social networks, and, more recently, the front end of criminal case processing, with a particular interest in the consequences of pretrial detention and diversion. In each of these areas, racial inequality and its root causes are core areas of concern.

Smith holds an MA and a PhD in sociology from the University of Chicago. She is the author of Lone Pursuit: Distrust and Defensive Individualism among the Black Poor (Russell Sage Foundation, 2007); “The Cultural Logics of Assistance,” which is undergoing final edits; and her current book project, tentatively titled “The Difference a Day Makes.” Smith has been a fellow at the Center for Advanced Study in the Behavioral Sciences and a visiting scholar at the Russell Sage Foundation. Her articles have appeared in such journals as the American Journal of Sociology, the ANNALS of the American Academy of Political and Social Sciences, the Annual Review of Sociology, Du Bois Review, Ethnic and Racial Studies, Social Problems, Social Science Research, the Sociological Quarterly, and Work and Occupations. Smith has held leadership positions at the American Sociological Association and served on the editorial or consulting boards of the American Journal of Sociology, American Sociological Review, Contexts, and Sociological Science.