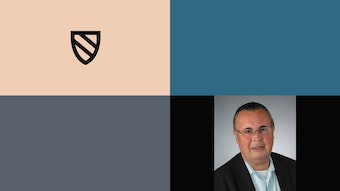 Scott Manning Stevens is a citizen of the Akwesasne Mohawk nation and an associate professor and the director of the Native American and Indigenous Studies Program at Syracuse University. His primary research lies in the critical analysis of ethnographic collecting and the significance of material culture collections within a US settler context. Recent published works include an article on the tomahawk as an intercultural object throughout the colonial period of the United States. In that article, he examines the contested and shifting meaning of an object used to represent notions of Native savagery but largely produced and supplied by Euro-American craftsmen.

While at Radcliffe, Stevens intends to complete a monograph on ethnographic collecting focused on the Six Nations of the Haudenosaunee Confederacy (aka the Iroquois). He will analyze not only the collections of material culture that exist in museums but also collections of cartographic, linguistic, and missionary records held in various archives, as well as visual depictions of Haudenosaunee leaders and communities. Stevens plans to critically read the history of these collections and ask how contemporary Haudenosaunee communities can use those same collections to tell their own stories.

Stevens earned an AB in English from Dartmouth College and his AM and PhD from Harvard University. He has been awarded various fellowships, including from the Andrew W. Mellon Foundation, the Ford Foundation, and the Newberry Library. Most recently, he completed a Fulbright Scholar Program fellowship for museum studies in Hungary.