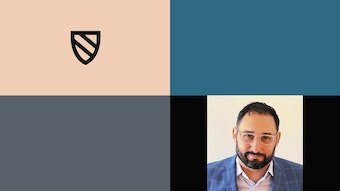 Play video
The Biology of Intimacy: A Synthesis An Intimate Take on Bonding’s Biology

Steven Phelps is a professor of integrative biology and the director of the Center for Brain, Behavior and Evolution at the University of Texas at Austin (UT Austin). An evolutionary neurobiologist, he combines molecular neuroscience with behavioral ecology to understand natural diversity in social cognition, and his research explores why individuals and species vary in their social behavior. The small midwestern rodent known as the prairie vole, for example, forms a bond with his or her mate; Phelps discovered that some voles are more faithful than others, and this difference is due to subtle genetic variation in brain regions responsible for memory. His work on Costa Rican singing mice explores how the brain produces and perceives courtship vocalizations, and how these mechanisms reflect an animal’s ecology and experience. This research program offers a uniquely interdisciplinary perspective on the biology of sexual and social intimacies.

As a Radcliffe fellow, his work synthesizes perspectives from evolutionary biology, neuroscience, social psychology, and personal experience to explore the biology of intimacy.

Phelps, who earned his PhD in zoology from UT Austin, uses his expertise in genetics, neurobiology, and behavior to write and speak about the intersection of science and society. His writing for the public has appeared in Aeon, the Atlantic, and the New York Times. He is a founding member and president of the Society for Social Neuroscience and was named a 2021 Guggenheim Fellow. His work has been funded by the National Science Foundation, National Geographic, and the National Institutes of Health.

The Next Generation of Skincare Might Come from Frog Foam (Popular Science, 9/21/21)