Catching the Wave: Photographs of the Women’s Movement

This exhibition highlights the work of the influential feminist photographers Bettye Lane and Freda Leinwand, who captured the tumultuous era of the women’s liberation movement between the late 1960s and 1980s.

Catching the Wave: Photographs of the Women’s Movement will be on view on the first floor of the Schlesinger Library, Monday through Saturday from 9 a.m. to 5 p.m.

Among the treasures in the Schlesinger Library are photograph collections that document the women’s liberation movement between the late 1960s and 1980s. This exhibition highlights the work of two influential feminist photographers during that tumultuous era. Bettye Lane and Freda Leinwand spent years capturing the moments—large and small—that transformed American history. The two photographers lived and worked out of the same artist studios, Westbeth Artist Housing, in New York City. Although marches, protests, and demonstrations were often the focus of their art, the city served as a central subject in the images Lane and Leinwand captured. The Schlesinger Library began collecting the work of Lane and Leinwand in 1979 and acquired the remainder of their collections from their families between 2012 and 2014, after their deaths.

In addition to the work of Lane and Leinwand, four other professional photographers are featured: Catherine Allport, Mima Cataldo, Diana Mara Henry, and Dorothea Jacobson-Wenzel. The work of all of these photographers comprises a compellingly candid visual documentation of the issues and events of the modern women’s movement, which the artists not only chronicled but also participated in and shaped.

Explore the website, catchingthewave.library.harvard.edu. The website features all of the women's movement photographs by Bettye Lane and Freda Leinwand, which were digitized as a result of a Harvard Library Hidden Collections grant awarded to the Schlesinger Library. The grant provided a means for the Schlesinger Library to produce an unparalleled visual documentation of the women’s liberation movement and to make it available to users all over the world. Due to the generosity of the grant, over 4,000 photographs, slides, and negatives were cataloged and digitized. Women’s rights marches, women in politics, economic equality, ERA (Equal Rights Amendment), gay and lesbian rights, women’s sexuality, peace demonstrations, violence against women, and women in sports are some of the common themes represented in the legacies of these two remarkable photographers.

On August 26, 1970, women’s rights activists marked the 50th anniversary of the Nineteenth Amendment by holding a “Women’s Strike for Equality.” Organized by Betty Friedan and the National Organization for Women, the strike called on women to stop working and take to the streets to demonstrate for abortion rights, equal pay, and child care. Demonstrations took place around the United States, but the culmination of the strike was a march down Fifth Avenue in New York City. The march was a unifying moment within the movement; women from all factions turned out and the marchers took over Fifth Avenue. Included here are photos of that first march and marches in subsequent years.

Bettye Lane and Freda Leinwand began capturing images of lesbian and gay activists as part of their work documenting the larger women’s liberation movement. These images, produced during demonstrations of activism, protest, and pride are of singular historical significance, illustrating the linked work of the two movements. They become part of our collective memory by illustrating a community’s efforts in their struggle toward social justice.

More than 40 years before Hillary Clinton, there was Shirley Chisholm, who ran as a Democratic candidate for president in 1972. These images include Chisholm and many other women running for office and their supporters. Of the myriad causes documented in the collections, highlighted here, is the long battle for the Equal Rights Amendment.

Long viewed as a cause especially suited to women, peace activism played an important role in the modern women’s movement.

From the late 1960s through the 1980s, the threat of war and the country’s military build-up led American women to organize and participate in protests, rallies, and marches to promote peace and nonviolence. Many feminists believed that militarism and armament were linked to patriarchy and, thus, saw peace activism as directly related to women’s rights.

The summer of 1983 saw a new development in the women’s peace movement. The Women’s Encampment for a Future of Peace & Justice began to protest the deployment of nuclear weapons to Europe. The camp was built near Seneca Falls, New York—the location the Seneca Army Depot and the women’s rights convention in 1848—reflecting the correlation between women’s rights and peace activism.

Many of the activities and demonstrations organized by members of the camp centered on women’s rights and nonviolence. They actively protested against nuclear weapons at the Army Depot and promoted peaceful action at the camp.

A working photojournalist, Bettye Lane (1930–2012) was an impassioned observer and tireless recorder of the women’s liberation movement: its aims, triumphs, and defeats. When Lane was not assigned to cover an event, she went anyway. With camera in hand, she captured everything from caucuses and conferences to marches, sit-ins, and picket lines, documenting demonstrations against homelessness, homophobia, and every other kind of bigotry as well as struggles over women’s rights. Along the way, she recorded the movement’s leaders—and just as important, the ordinary people in the trenches forging real social change. Her long career in photography began in 1959 at the Harvard University News Office and included stints at the Associated Press, Der Spiegel, the National Observer, and the Saturday Evening Post. Requests for images to document the women’s movement have often led researchers to her photographs, which have been included in numerous books, magazines, and video productions. As Gloria Steinem once eloquently stated, “To future generations, hers will be the eyes of the movement.”

Freda Leinwand (1932–2012) was known for photography documenting the women’s liberation movement, women working in nontraditional jobs, and children and adults with disabilities. Her career and interest in photography began in the early 1960s, when she worked as a dialogue editor and film editor for 20th Century Fox and MGM Telestudios, respectively. She honed her craft at Columbia University and the New School, studying photography with Joseph Breitenbac, Ralph Hattersley, and Marion Palfi. Beyond being useful as historical evidence, Leinwand’s images are also simply stunning as works of art. She took her camera everywhere, focusing her lens on not only the people but also the city itself, composing iconic images of New York City and chronicling her family and the activism that surrounded her. 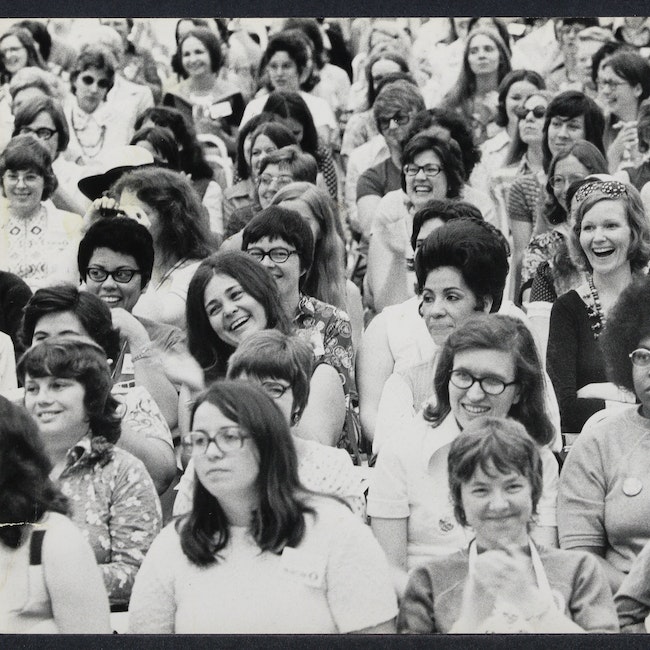 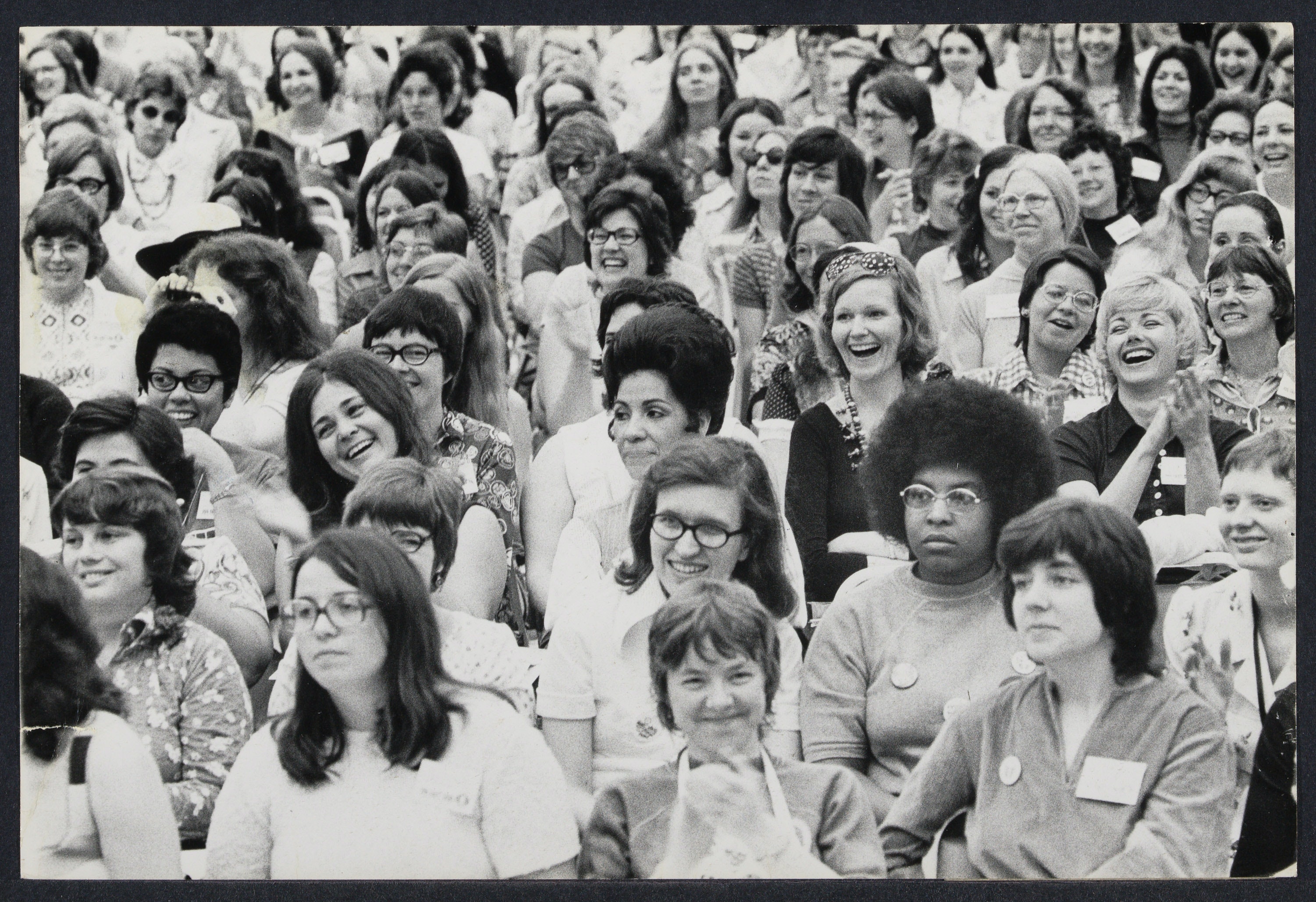 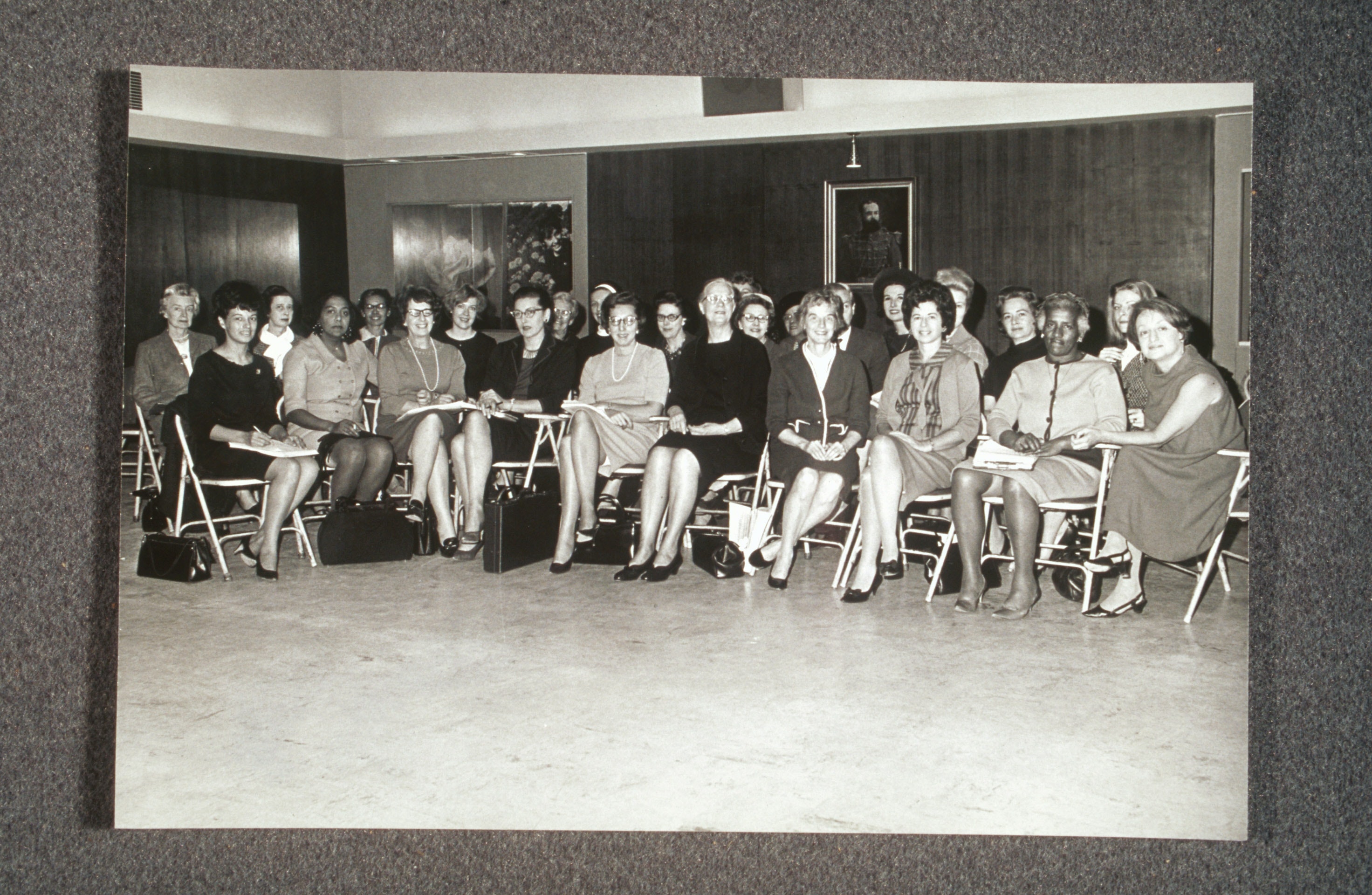 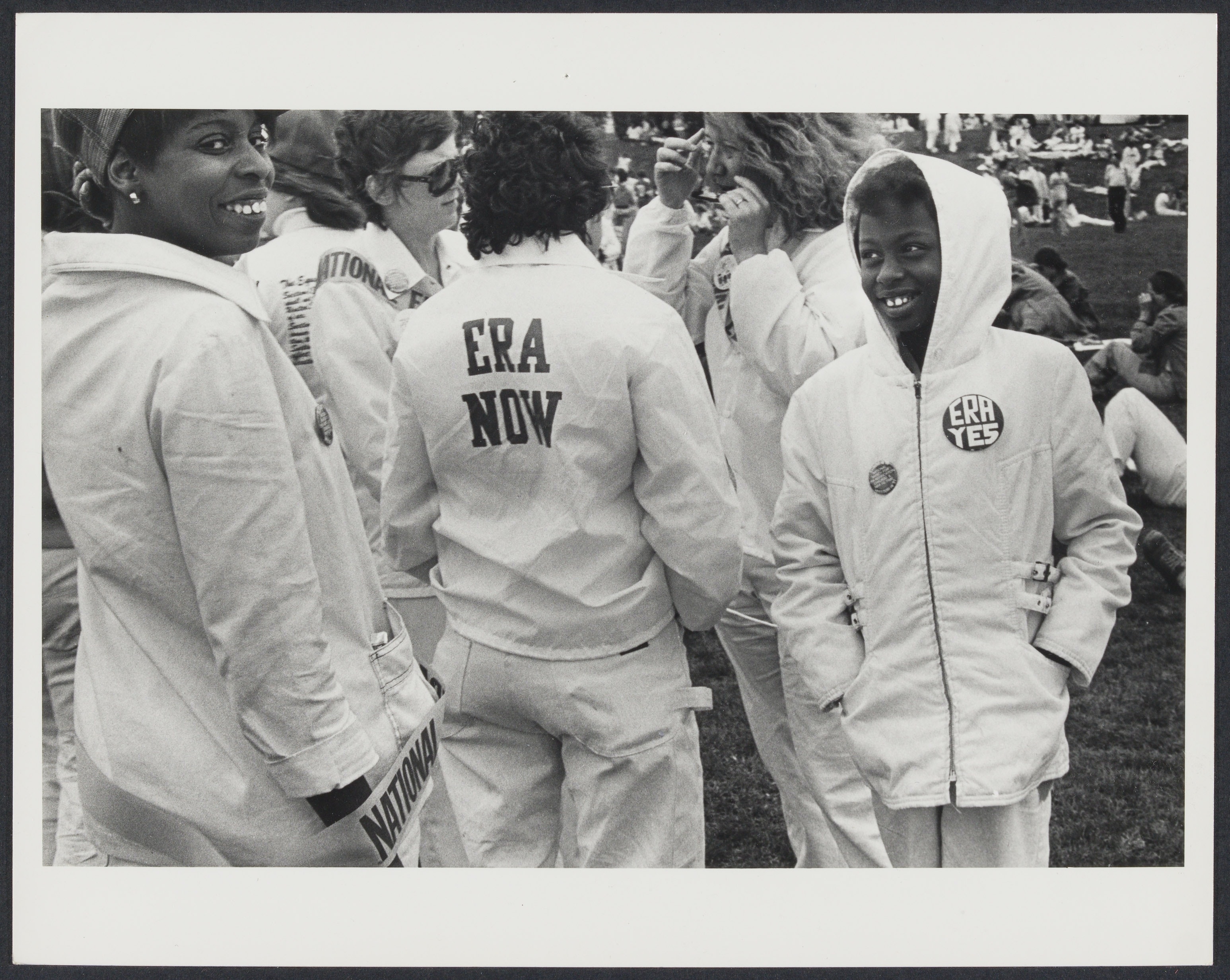 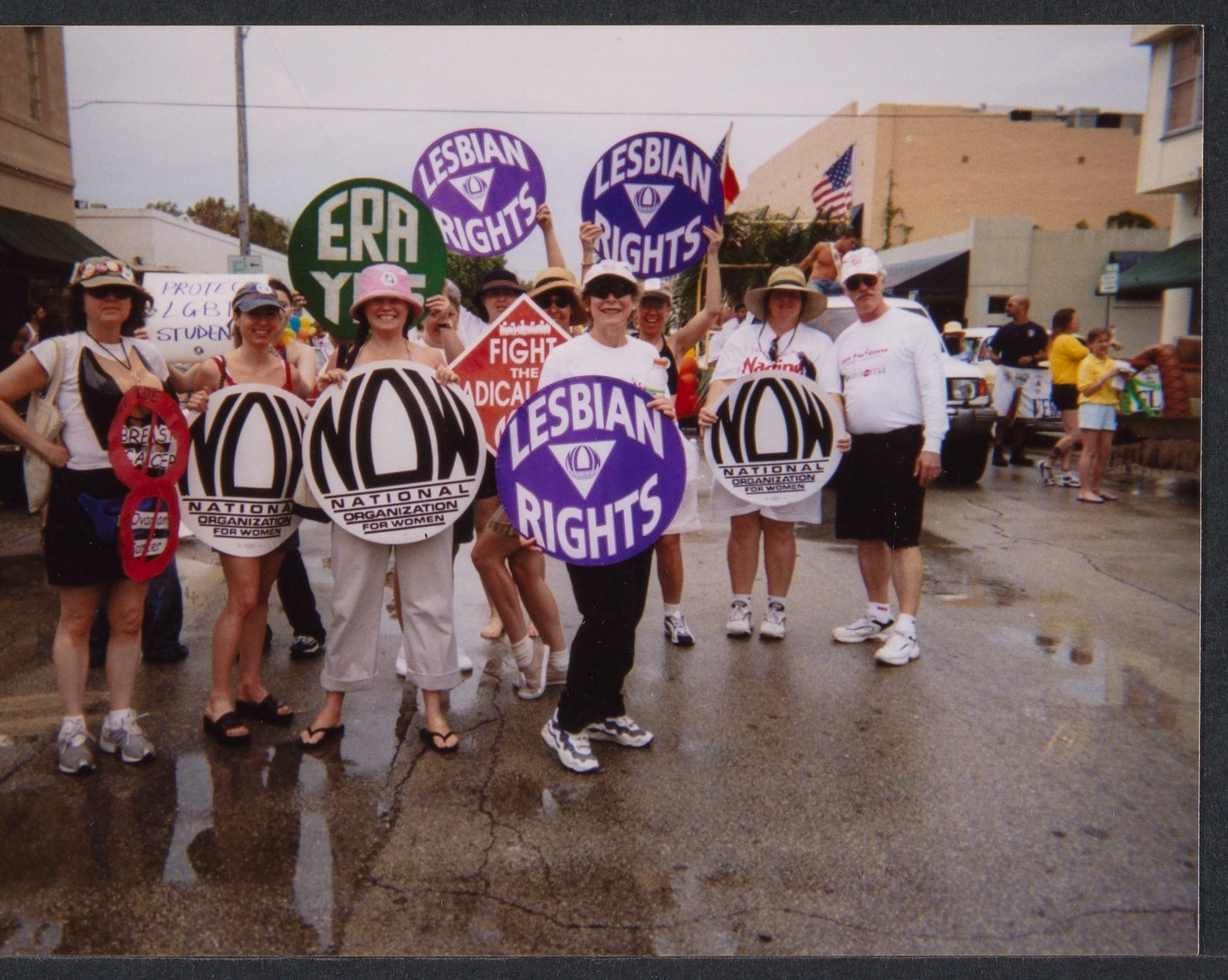 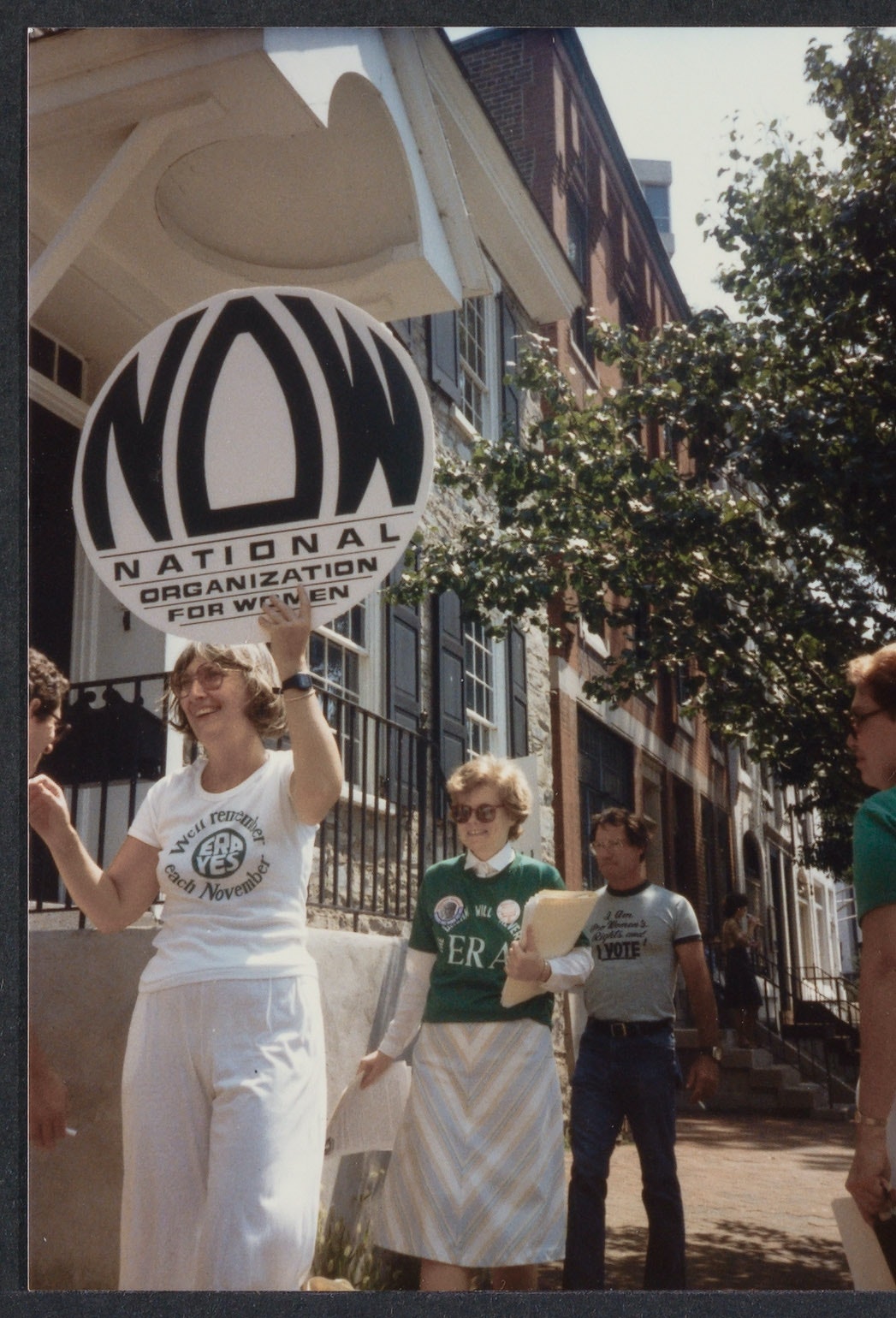 Records of the National Organization for Women 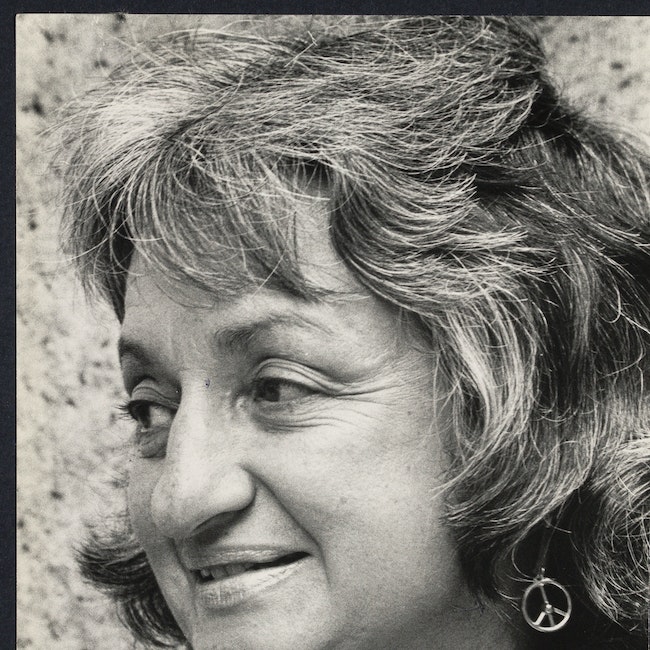 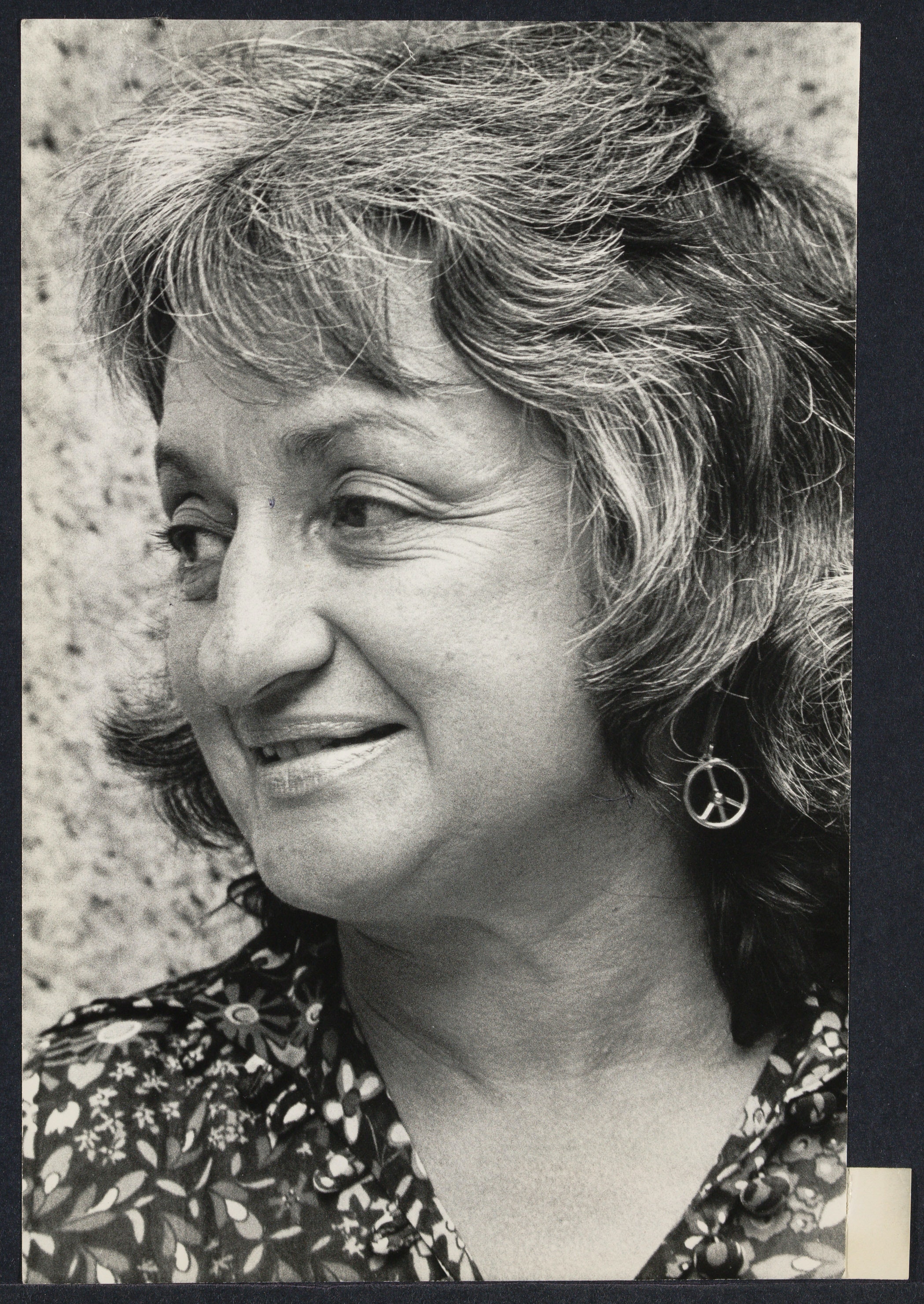 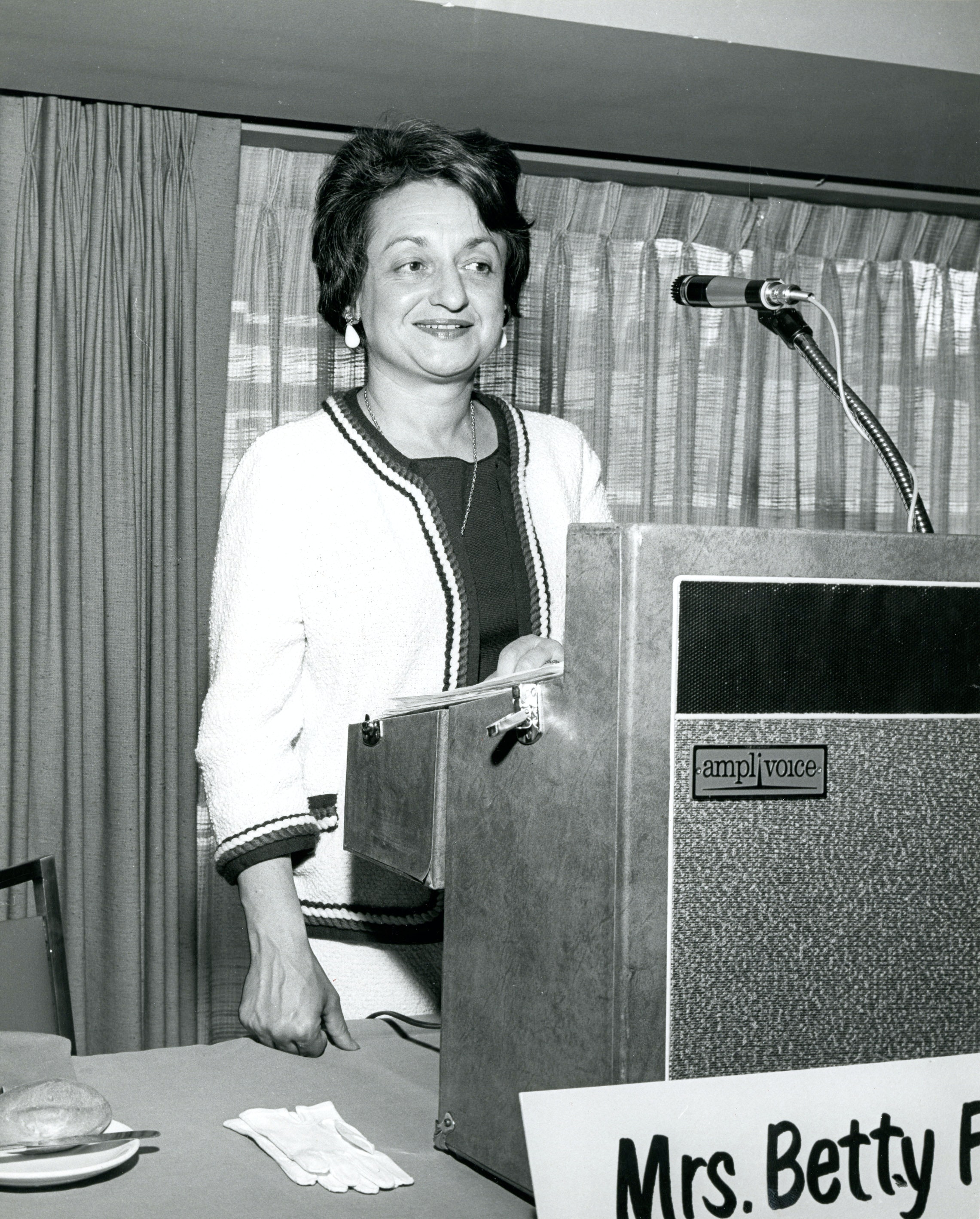 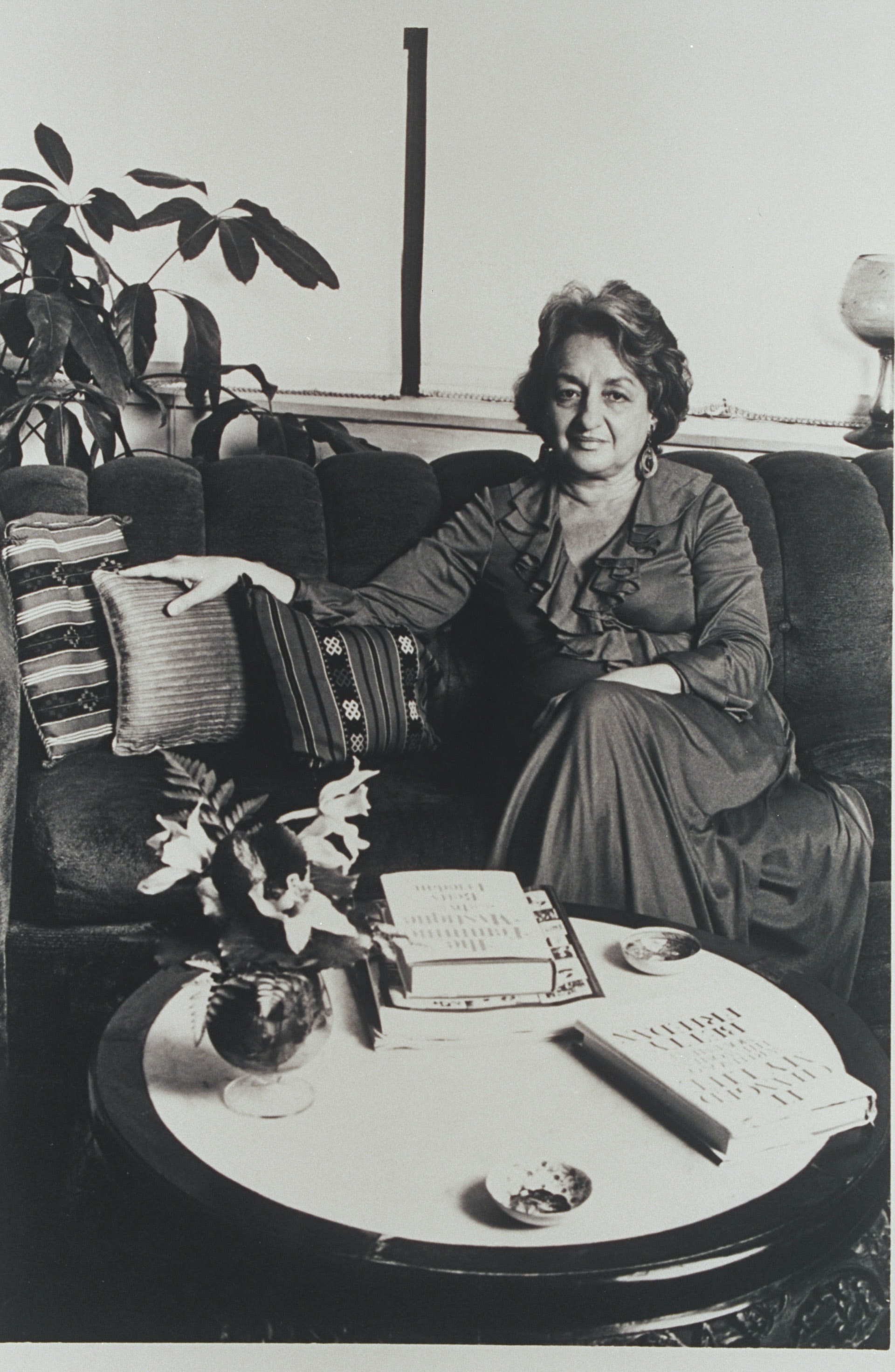 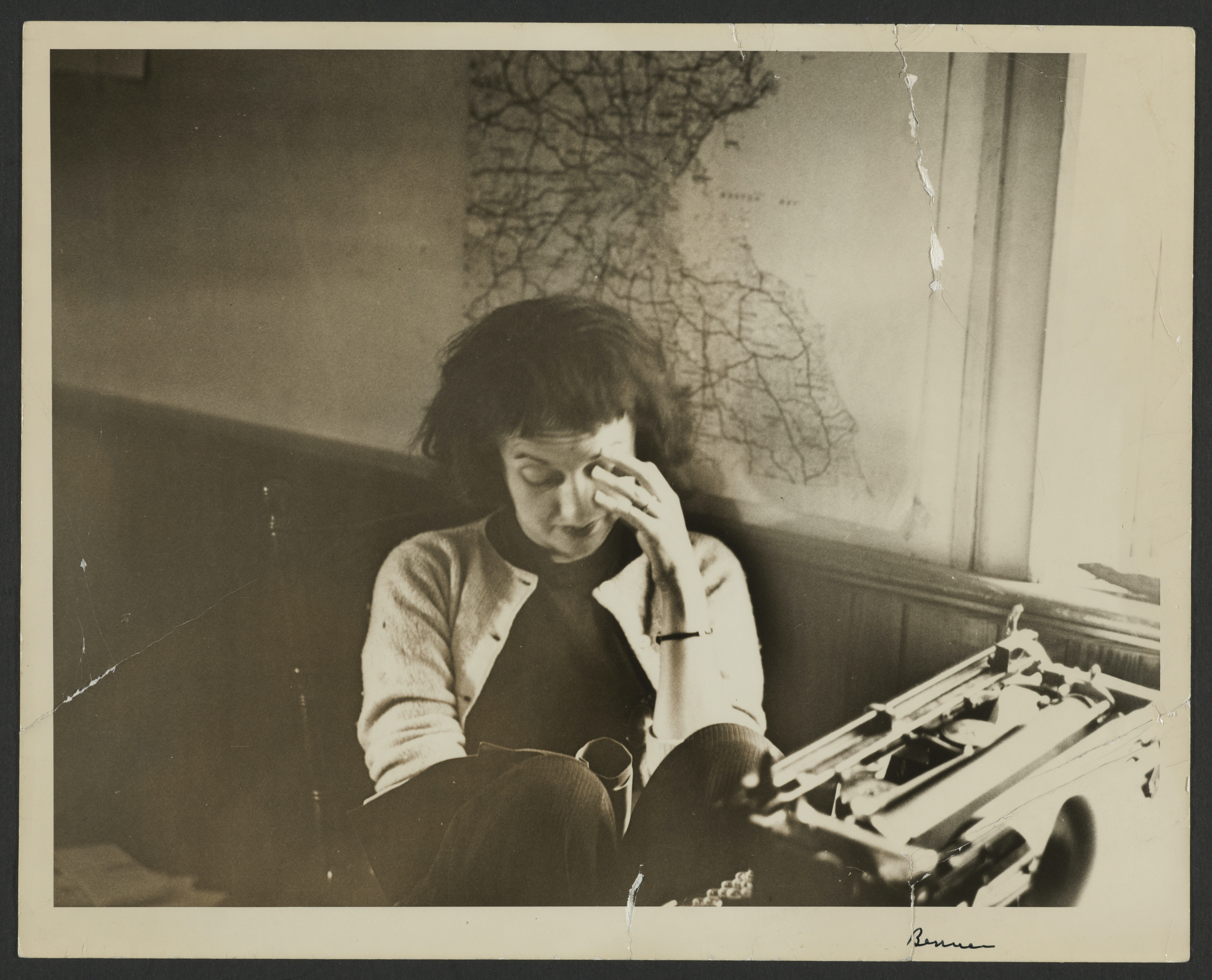 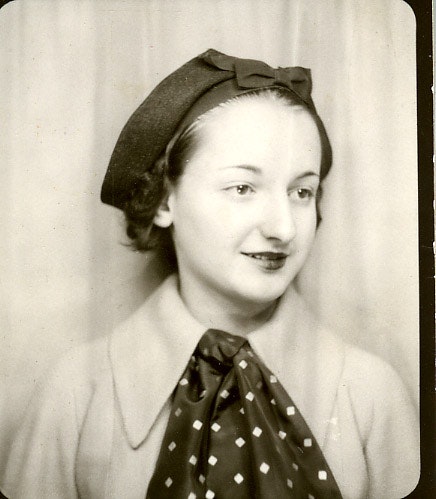 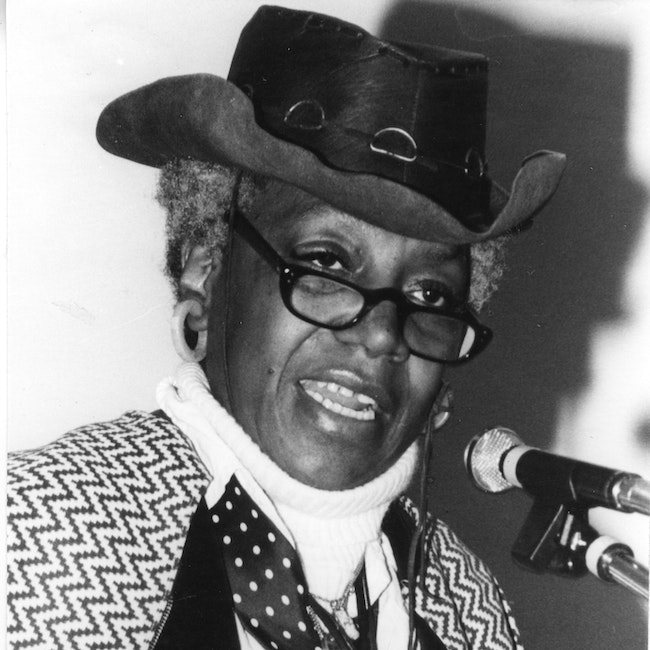 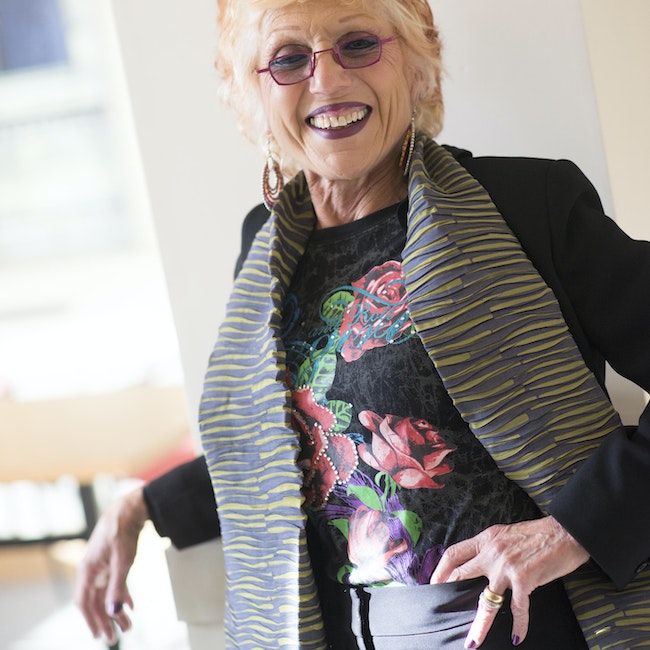 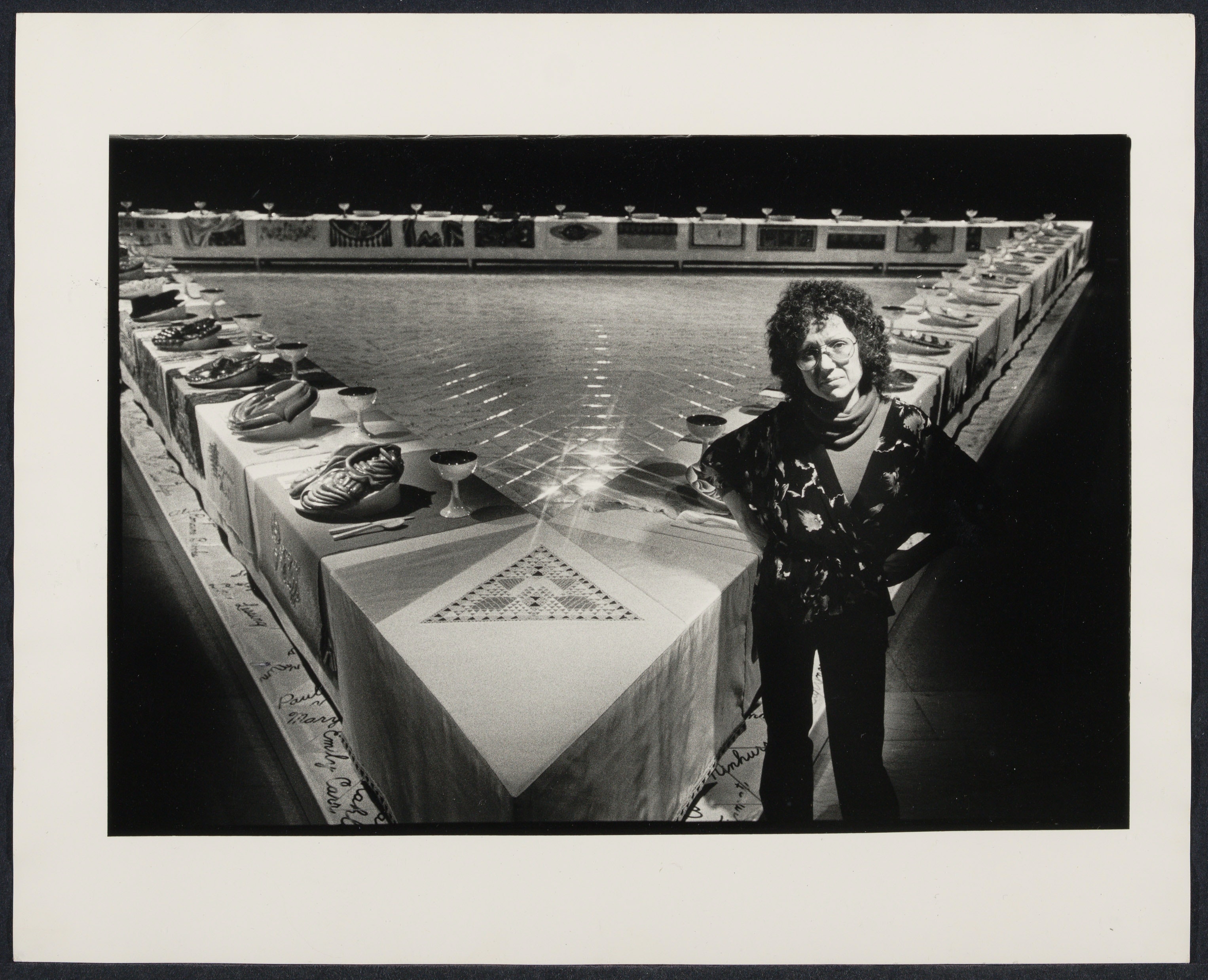 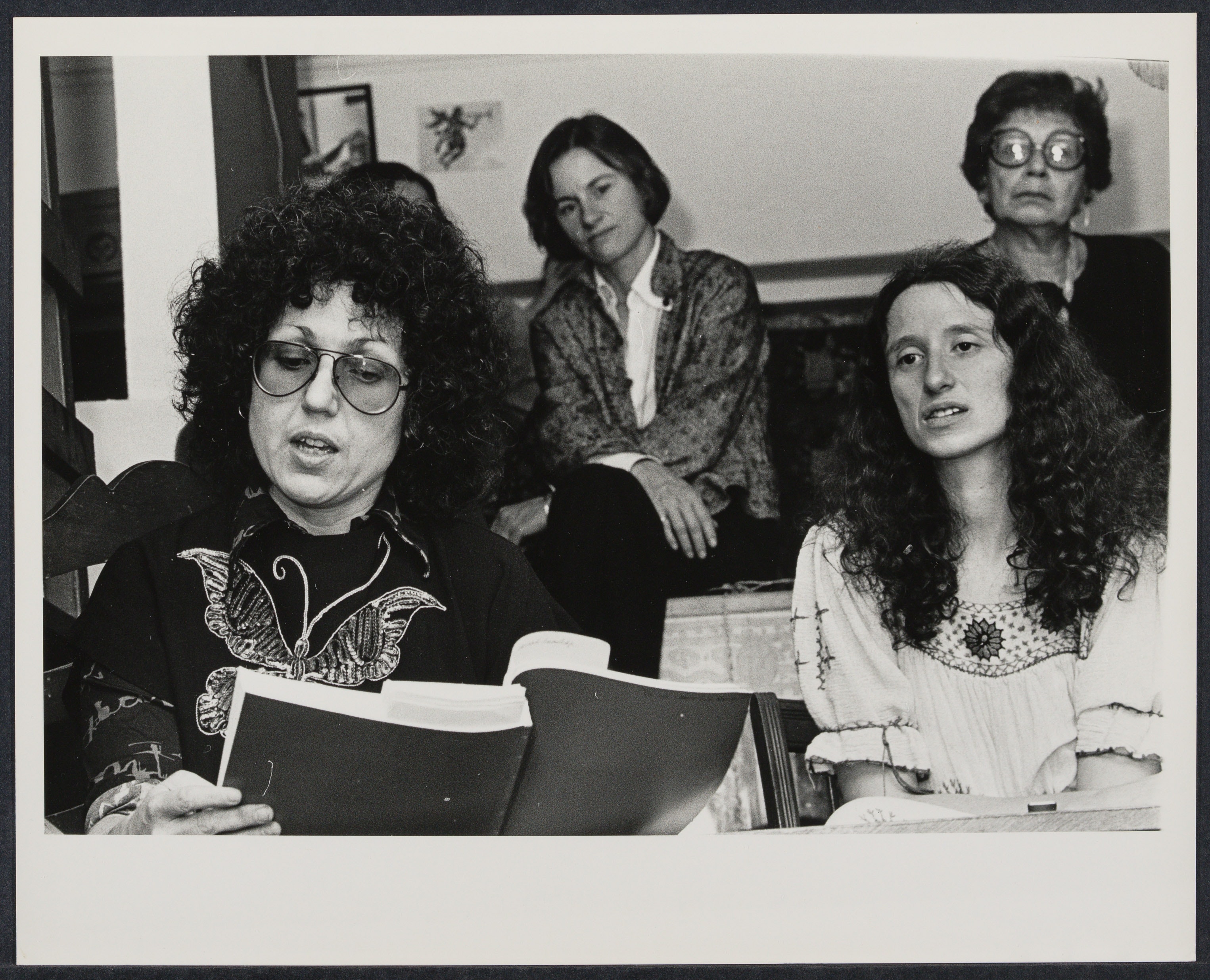 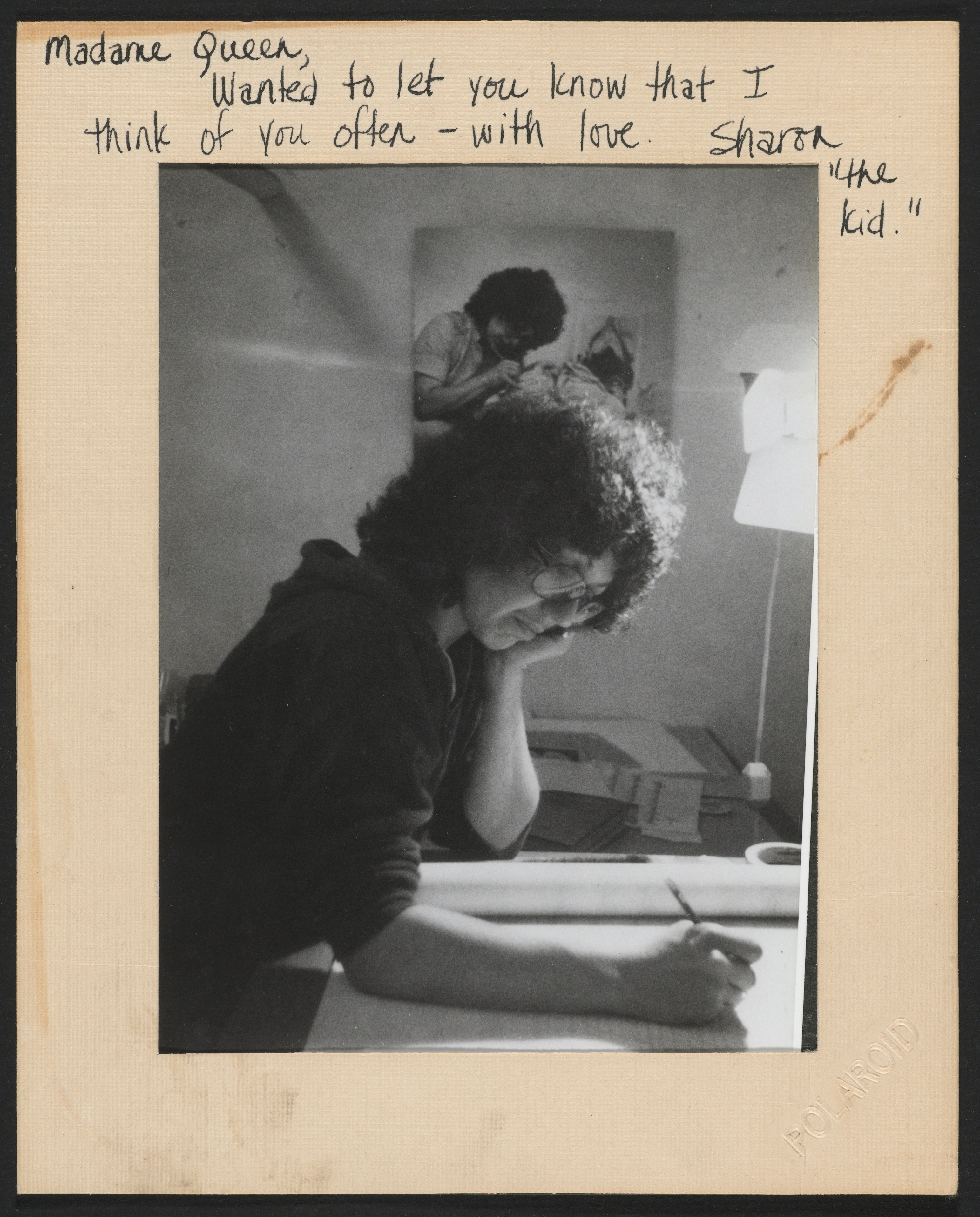 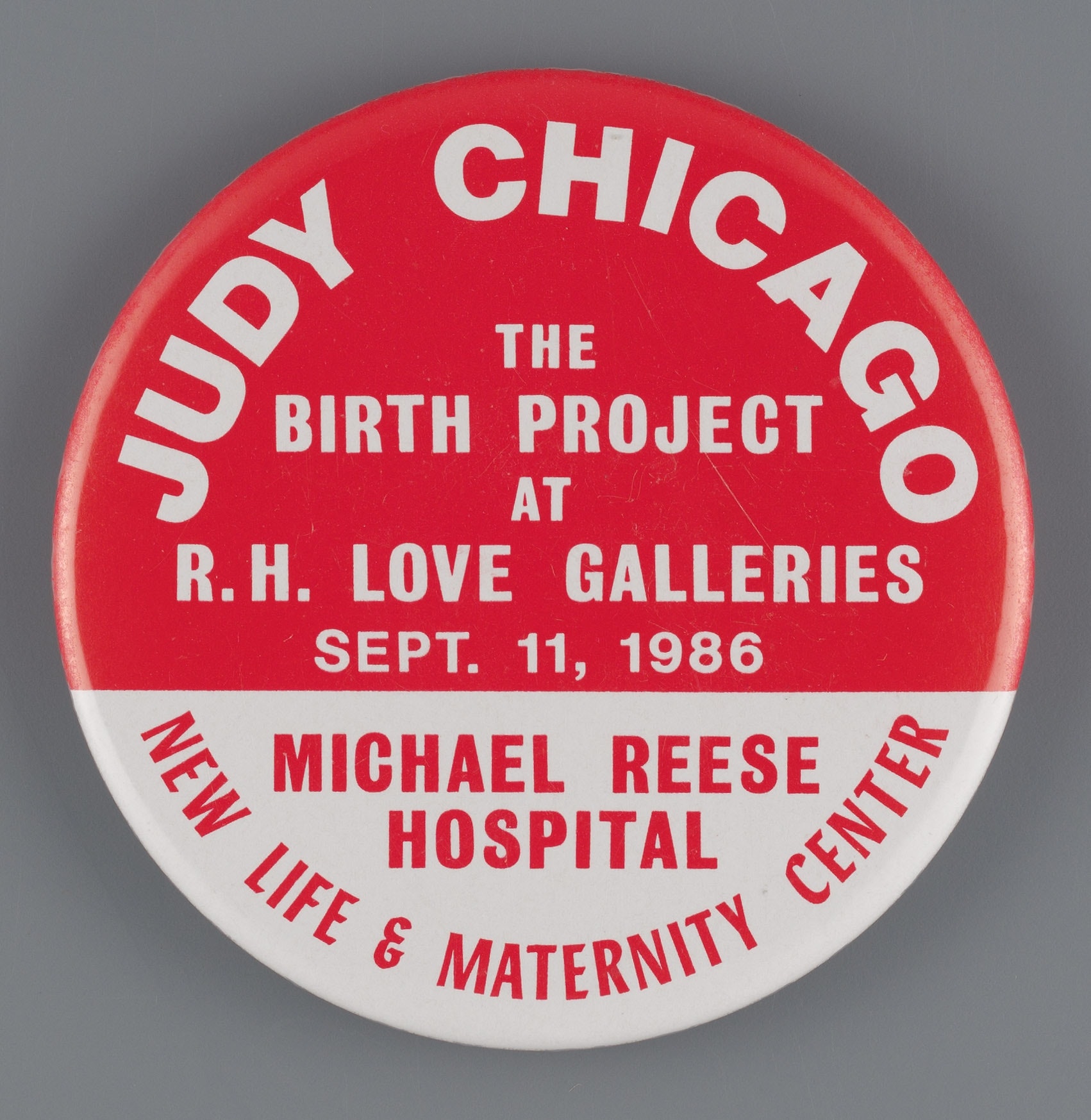 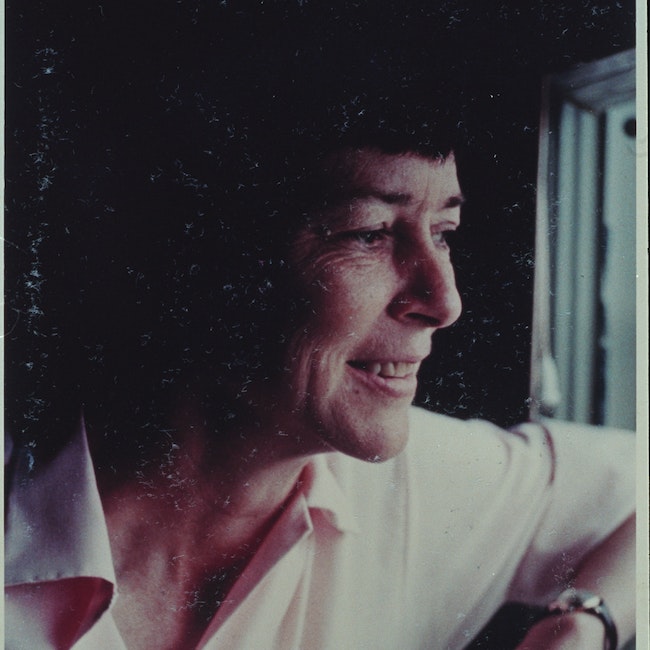 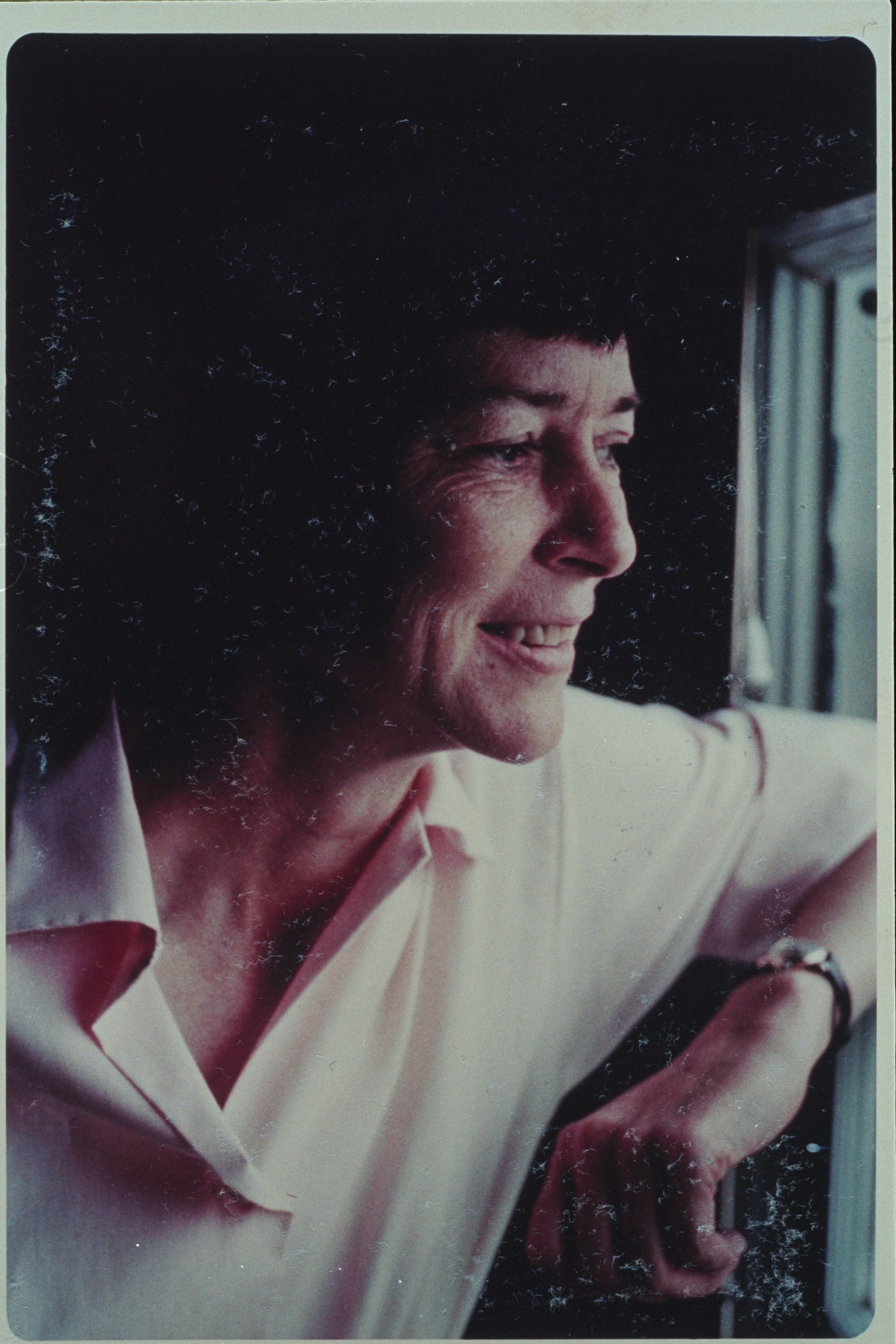 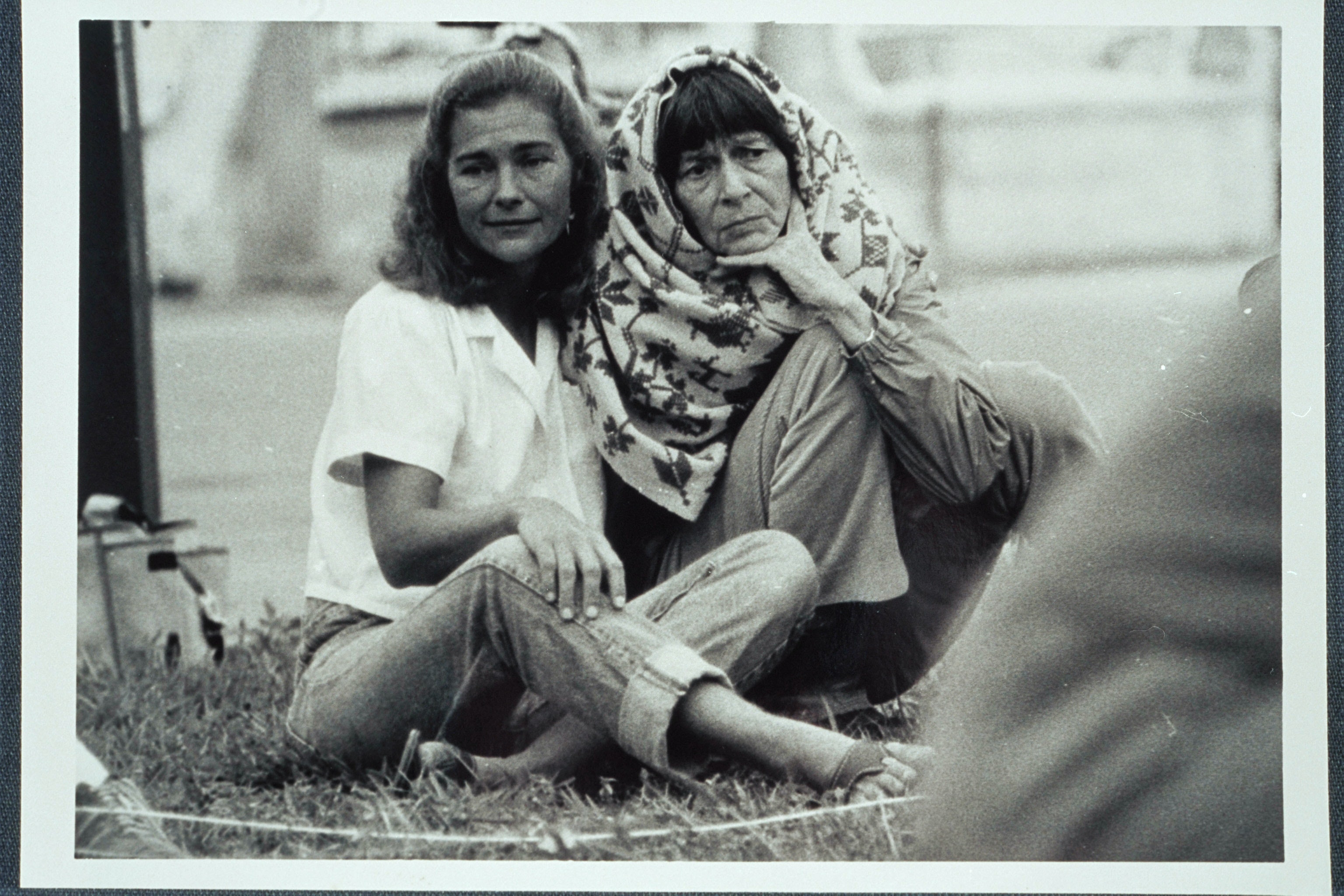 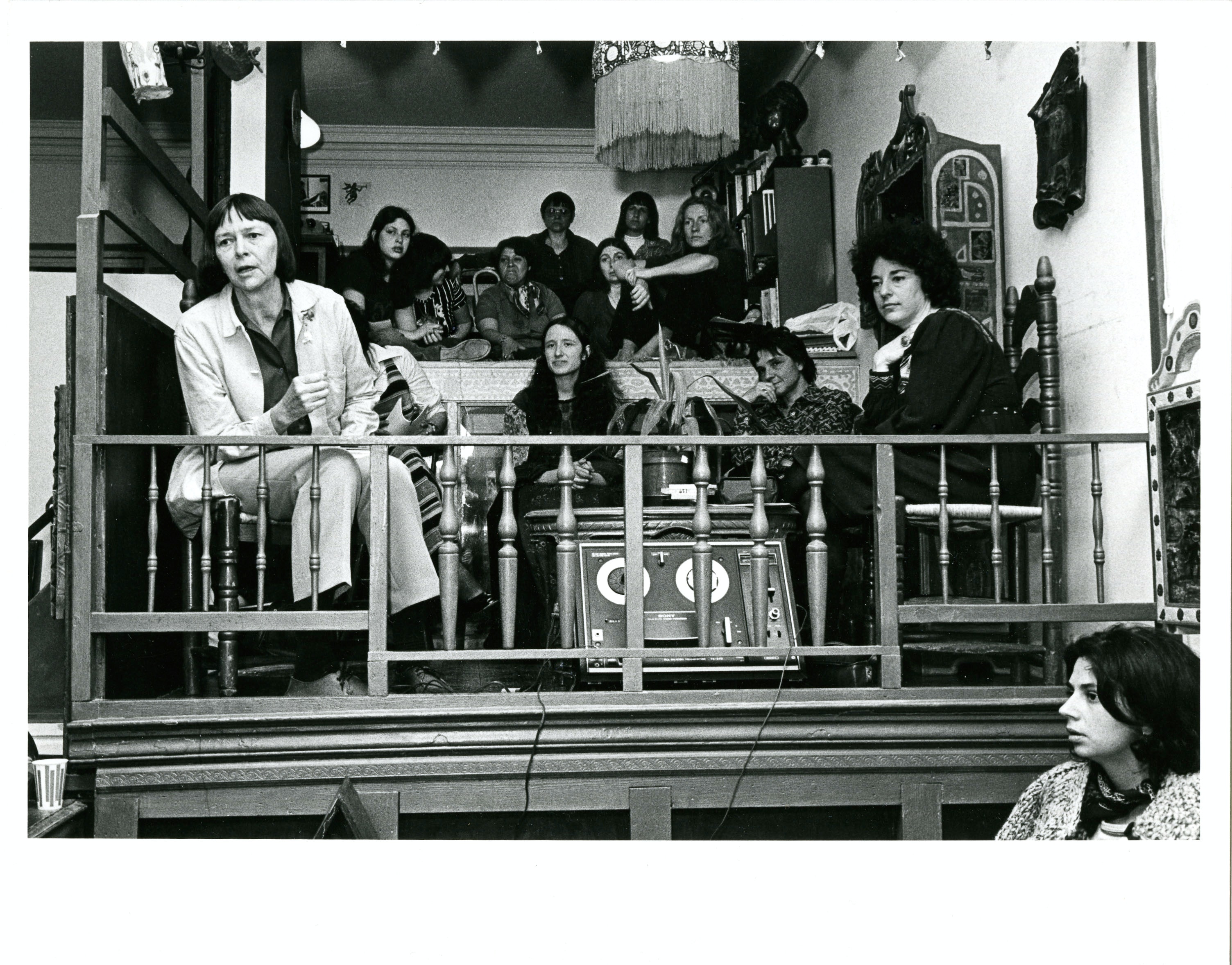 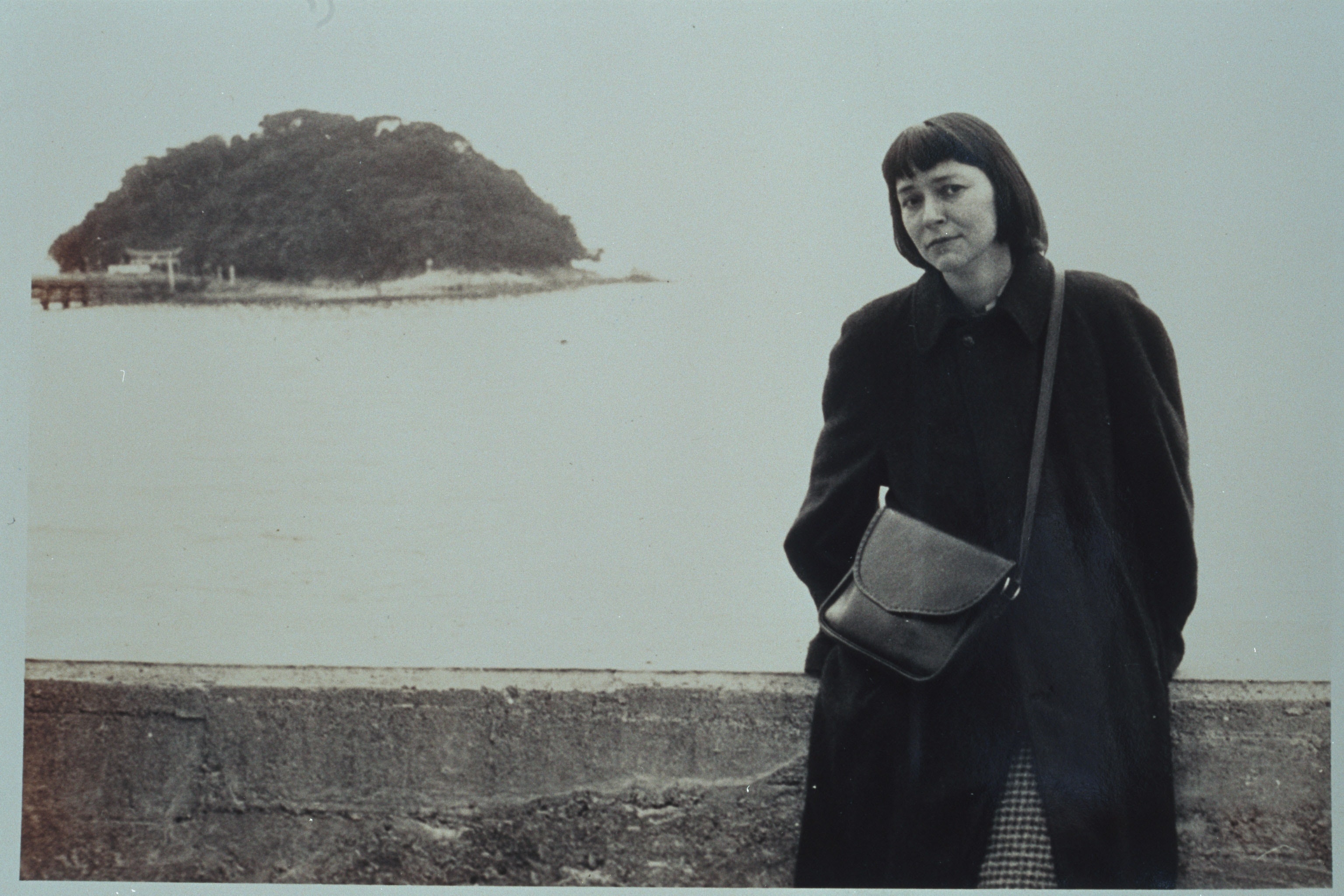 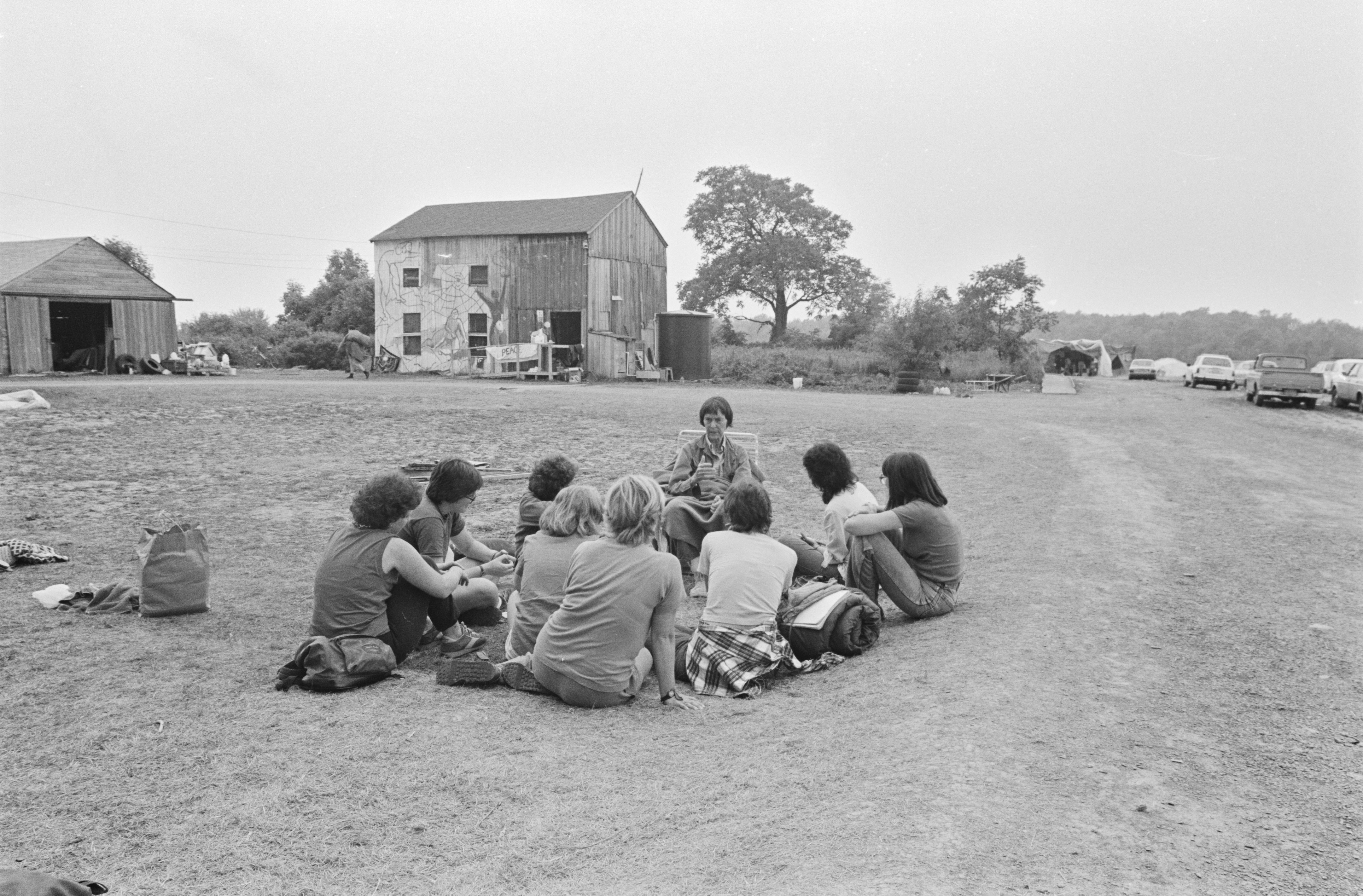