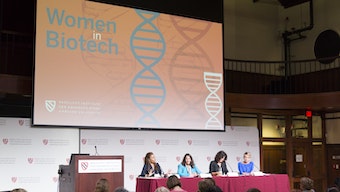 Historian Helen Lefkowitz Horowitz will explore Harvard University’s relationship with women, which she describes as complicated. Her review begins with the University’s founding 375 years ago, when Harvard excluded women as students and teachers. For 200 years, the University conveyed education and prestige to a ministry and a rising merchant class. Beginning in the 19th century, women found innovative ways to attain higher education, but the terms of access required accommodation—even invisibility. Horowitz contends that the fight for equity began more than a century ago and remains a work in progress today. Harvard University President Drew Gilpin Faust will offer brief welcoming remarks.

Helen Lefkowitz Horowitz is the Sydenham Clark Parsons Professor, emerita, at Smith College. She is a US cultural historian who has explored cultural philanthropy, higher education, mental illness, and sexuality. The author of six books, coauthor of one, and editor of three, Horowitz is particularly known for Alma Mater: Design and Experience in the Women’s Colleges from Their Nineteenth-Century Beginnings to the 1930s (Knopf, 1984). Her book Rereading Sex: Battles over Sexual Knowledge and Suppression in Nineteenth-Century America (Knopf, 2002) was the winner of the 2003 Merle Curti Award, one of two finalists for the Francis Parkman Prize, and one of three finalists for the Pulitzer Prize for history. Her most recent book, Wild Unrest: Charlotte Perkins Gilman and the Making of “The Yellow Wall-Paper,” was published by Oxford University Press in 2010. Horowitz received her PhD in American civilization from Harvard in 1969 after graduating from Wellesley College in 1963. She is the recipient of fellowships from the American Council of Learned Societies, the Mellon Foundation, the National Endowment for the Humanities, the Radcliffe Institute for Advanced Study, and the Spencer Foundation, among others.