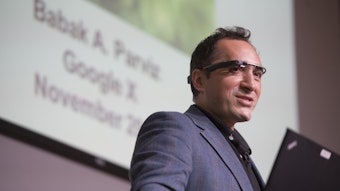 Tadashi Tokieda RI ’14 is the director of studies in mathematics at Trinity Hall, University of Cambridge. One of his lines of activity is inventing, collecting, and studying toys—simple objects from daily life that can be found or made in minutes, yet which, if played with imaginatively, exhibit behaviors so surprising that they intrigue scientists for weeks.

Tokieda’s fellowship project is to make his collected toys (now numbering nearly a hundred) permanently and widely available by creating texts, photos, movies, web resources, and durable and aesthetic models. The toys, in turn, provide both inspiration for fresh research in applied mathematics and elegant entertainment. He hopes to invent new toys and improve old ones during the fellowship.

Tokieda’s toys were featured in the Royal Society’s Summer Science Exhibition 2007, in London. He twice gave holiday lectures at the New York University Courant Institute of Mathematical Sciences, in 2004 and 2009, and had a public show at Université Paris-Sorbonne for the Henri Poincaré centennial. Tokieda, who earned a PhD in mathematics from Princeton University, also draws—nowadays mainly to illustrate science. In 1974, he had an exhibition at Shinobazu Garou, an art gallery in Tokyo.