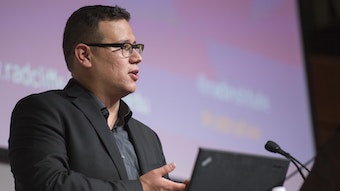 Author ZZ Packer RI '15 will be reading an excerpt from her novel-in-progress titled "The Thousands," which chronicles the lives of several families—black, white, and Indian—shortly after the Civil War, through Reconstruction and the "Indian Campaigns" in the Southwest.

Packer's reading and remarks will be followed by a discussion with Walter Johnson RI ’11, the Winthrop Professor of History and Professor of African and African American Studies at Harvard University.

Among its themes, ZZ Packer’s novel reflects on the interactions between a black cavalry regiment known as the Buffalo Soldiers and the Native Americans they alternately fought against and protected throughout the late 1800’s West. These black soldiers fled the terrors of Reconstruction by joining the US Army only to discover they’d been assigned to displace yet another oppressed and dispossessed people: the Apache tribes of the Southwest. The story of the Buffalo Soldiers and their Native American counterparts is a chapter of American history that is woefully neglected. She hopes this novel will serve as a meditation on the consequences of America’s policy of “Manifest Destiny” and the dangers of a nascent and burgeoning age of American imperialism.

Packer is the Lillian Gollay Knafel Fellow at the Radcliffe Institute this year. She has published fiction in Harper’s, Story, Ploughshares, Zoetrope: All-Story, Best American Short Stories 2000, Best American Short Stories 2003, and the New Yorker where she was one of the New Yorker’s 20 Under 40 writers. Her book of short stories, Drinking Coffee Elsewhere, won the Commonwealth First Fiction Award and an ALEX Award. It became a finalist for the PEN/Faulkner award, was a New York Times Notable Book of 2004, and was selected for the Today Show Book Club by John Updike. She is editor of New Short Stories from the South: The Year’s Best, 2008. Her nonfiction has appeared in the New York Times Magazine, the Washington Post Magazine, the American Prospect, the Oxford American, and the Guardian.

This event at the Radcliffe Institute is part of the Initiative on Native and Indigenous Peoples.