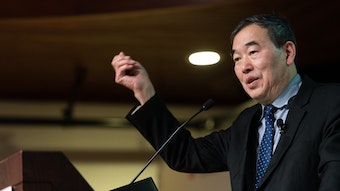 Play video
Why Brain Science Needs an Edit: Non-human Primate Studies in Neuroscience and Biomedicine Lost and Found: A Science Symposium about Navigation Why Sleep?

There is increased recognition that sleep deprivation interferes with cognition and performance and that it may contribute to brain diseases such as addiction, chronic pain, and Alzheimer’s, among others.

This presentation will focus on results from two sets of brain-imaging studies done to investigate the effects of sleep deprivation on the human brain. One set examined the relevance of sleep deprivation to brain function and to addiction, as well as the effects of such deprivation on certain neurotransmitters that control movement and mediate reward systems. The other set of studies looked at the role of sleep and sleep deprivation on the glymphatic system, which eliminates metabolic waste from the central nervous system and distributes neurotransmitters throughout the brain, mainly during sleep. Taken together, these studies suggest a complex picture in which the sleep-deprived human brain may tell us much about addiction and other diseases.