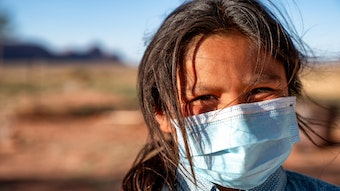 Play video
Confronting the Challenge of COVID-19 in American Indian Communities . . . first in thought, then in action. A Moral Sense of Citizenship

Even as millions of migrants from poorer countries struggle for citizenship in places like Canada, Europe, and the United States, wealthy families and individuals often have the means to purchase legal citizenship rights in a new country. Prominent court cases have granted the legal rights of citizens to corporations, which are themselves created by the government. Meanwhile, indigenous peoples frequently find their citizenship regulated by nation-states as well as tribal governments. In country after country, ethnic majorities are seeking laws to define citizenship based on race, language, and religion. In other settings, nations seek an ideal of citizenship that potentially erases biological, racial, and religious difference.

Our conference will explore all of these themes. In the first panel, we will debate the concept of economic citizenship, asking to what extent citizenship can be bought, constituted, or even lost by means of variation in wealth. In a second panel on citizenship and its gatekeepers, our discussion will explore how states, tribes, and other communities regulate belonging. And in the third panel, we will examine how migration and cross-border identity challenge the concept of citizenship.

For the past two years, the Radcliffe Institute has been pursuing a thematic focus on citizenship in the modern world, timed to coincide with the upcoming centennial of the 19th Amendment and the 150th anniversary of the 14th Amendment to the United States Constitution. This conference will be the culmination of our two-year theme.

Citizenship and Its Gatekeepers

Moderated by Philip J. Deloria, professor of history and chair of the Committee on Degrees in History and Literature, Harvard Faculty of Arts and Sciences

Introduced by Gabriela Soto Laveaga , professor of the history of science, Harvard Faculty of Arts and Sciences

Citizenship on the Move

Theresa McCarthy, associate professor in the Department of Transnational Studies, University at Buffalo

Alexandra Minna Stern, professor and chair of the Department of American Culture and professor in history, women’s studies, and obstetrics and gynecology, University of Michigan