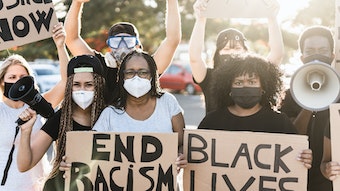 The new geopolitical environment taking shape in many parts of the world tends toward increasing authoritarianism and nationalistic competition. Inwardly focused governments are pursuing individual agendas, and eventually, these differing agendas will collide.

In this talk, the career diplomat and former United Nations High Commissioner for Human Rights Zeid Ra’ad Al Hussein will argue that the world’s people deserve better. Despite the demagoguery and isolationism that some leaders are pursuing, he believes it is possible to pursue thoughtful diplomacy and a system of connectivity, coalitions, and partnerships to reform institutions and change policies. Through the power of alliances and leadership working together to solve the planet’s problems, there is great potential for success.

A longtime advocate for the protection of fundamental human rights, Al Hussein will show that threats to global stability posed by racism, xenophobia, nationalism, and authoritarian leaders can be countered through vision, energy, and generosity of spirit.

Zeid Ra’ad Al Hussein served as the sixth UN high commissioner for human rights from 2014 to 2018, the first Arab and Muslim to hold the post. A veteran Jordanian diplomat and champion of international justice, he was also a central figure in the establishment of the International Criminal Court.

During his term as high commissioner, Al Hussein spoke forcefully against prominent human rights abuses and criticized the regimes who perpetrated them, drawing attention to atrocities committed in Nicaragua, Syria, and Venezuela and by ISIS; to the treatment of migrants and refugees in Libya; and to the Rohingya genocide in Myanmar. He announced he would not seek a second term due to the trying task of dealing with governments and the limited power of the UN Security Council. In his final UN address, Al Hussein shared his concern about the threat to global stability posed by increasing nationalism and warned world powers against undermining civil liberties.

A veteran multilateral diplomat, Al Hussein was Jordan’s permanent representative to the UN from 2000 to 2007 and again from 2010 to 2014. From 2007 to 2010, he was Jordan’s ambassador to the United States. He also served as Jordan’s deputy permanent representative to the UN with the rank of ambassador from 1996 to 2000. He holds a BA from Johns Hopkins University and a PhD from the University of Cambridge.