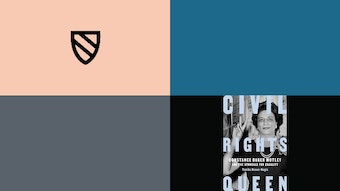 This year’s Kim and Judy Davis Dean’s Lecture in the Humanities will feature Midori—artist, activist, and educator who explores and builds connections between music and the human experience, which makes her one of the most outstanding violinists of our time. She has performed with many of the world’s most prestigious orchestras and has collaborated with world-renowned musicians, including Leonard Bernstein, Yo-Yo Ma, and many others.

“I started my first nonprofit foundation when I was 21 years old, its goal to bring musical training to underserved people in New York City, my home for already a decade at that point. There were voices at the time suggesting that I ought not follow such a path, that I was not experienced enough, whatever; but I was not to be dissuaded, my passion helping me maintain my focus on my chosen goal. That organization, Midori & Friends, did fill a societal need, did persevere over time (any obstacles notwithstanding), is still operational, making a difference in its community. After that, I was emboldened, and started a few other organizations, each with its own objectives. Given a lot of people’s dedication and savvy, all are still functioning. I am still involved—and benefiting from my involvement—with each group.

“My aim now is to encourage others, particularly women, to also involve themselves in not-for-profit leadership, and in volunteering. I have seen how individuals gain, so very much, from their work on projects that transcend their own immediate, narcissistic needs. I want to share some of what I have learned over the years: how taking a lead in ambitious, forward-thinking projects is both emboldening and grounding. Finding and meeting great goals moves us all forward, and beyond everything else, this work, potentially benefiting so many different kinds of people, is so fulfilling. I do not have set formulas for others, but I have ideas of how we can each ask a few of today’s worthwhile questions and then pursue workable programs. And I do mean each of us, guided by history but unbounded by the limitations of tradition. We all can strive to spin inspiration and dedication into new cultural gold. I don’t have secrets to reveal, but decades of experience and effort that can hopefully help guide others on their own pathways toward our collective richer future. This is all about sharing.”

As someone deeply committed to furthering humanitarian and educational goals, Midori has founded several non-profit organizations: the New York City-based Midori & Friends; MUSIC SHARING, based in Japan; Partners in Performance (PiP), which helps to bring chamber music to smaller communities in the US; and the Orchestra Residencies Program (ORP), which supports American youth orchestras. In recognition of her work as an artist and humanitarian, she serves as a United Nations Messenger of Peace, and in 2021, she was named a Kennedy Center Honoree.

She began her 2021–2022 season with the Festival Strings Lucerne and will appear with orchestras in Atlanta, New Mexico, Phoenix, Austin, Kansas City, and Palm Beach, and in US recitals and on tour throughout Europe and Asia. She will perform Detlev Glanert’s Violin Concerto No. 2 with the Royal Scottish National Orchestra (world premiere) and with the NDR Elbphilharmonie Orchestra.

The most recent recording in Midori’s diverse discography is Beethoven’s Violin Concerto and Two Romances with the Festival Strings Lucerne (2020, Warner Classics).

Midori was born in Osaka in 1971 and began her violin studies with her mother, Setsu Goto, at an early age. In 1982, conductor Zubin Mehta invited the then 11-year-old Midori to perform with the New York Philharmonic in the orchestra’s annual New Year’s Eve concert. Midori holds academic positions at the Curtis Institute of Music and the Peabody Institute. She plays the 1734 Guarnerius del Gesù ‘ex-Huberman’ and uses four bows—two by Dominique Peccatte, one by François Peccatte and one by Paul Siefried.

The Kim and Judy Davis Dean’s Lecture Series was established through the generosity of Kim G. Davis AB ’76, MBA ’78, and Judith N. Davis, longtime friends and champions of Harvard Radcliffe Institute. This annual lecture series invites leading figures from across the arts, humanities, sciences, and social sciences to share their expertise, ideas, and diverse perspectives with the Harvard community and the broader public.