The artist engaged with Schlesinger collections that resonate with long-standing explorations—cookbooks, first-person travel narratives, images of women at work, architects, and health works, among others. She distilled this multitude of voices and places them in a new contextual space, overlaying diverse languages and presenting a diverse cross-section of figures to enliven and inhabit the landscape of the gallery. The installation provides these women with new voices and an audience, which is especially significant for people who may not have been afforded the same possibilities owing to gender, lineage, and privilege.

Overlay brings together and further develops numerous strands of Simmons’s artistic practice: her engagement with the archive, film, performance, sculpture, photography, and the senses, and her situating of select aspects of the past in present and future tenses. She critically examines the potential of archives, both as repositories of historical memory and as spaces suggestive of alternative possibilities for the artifacts they hold. Simmons refers to the archive as her “studio,” a space of artistic genesis and exploration.

Overlay is part of a collaboration between Harvard Radcliffe Institute and the Cambridge Arts Council, whose summer series on the Cambridge Common will feature a performance created by Simmons and based on the exhibition. 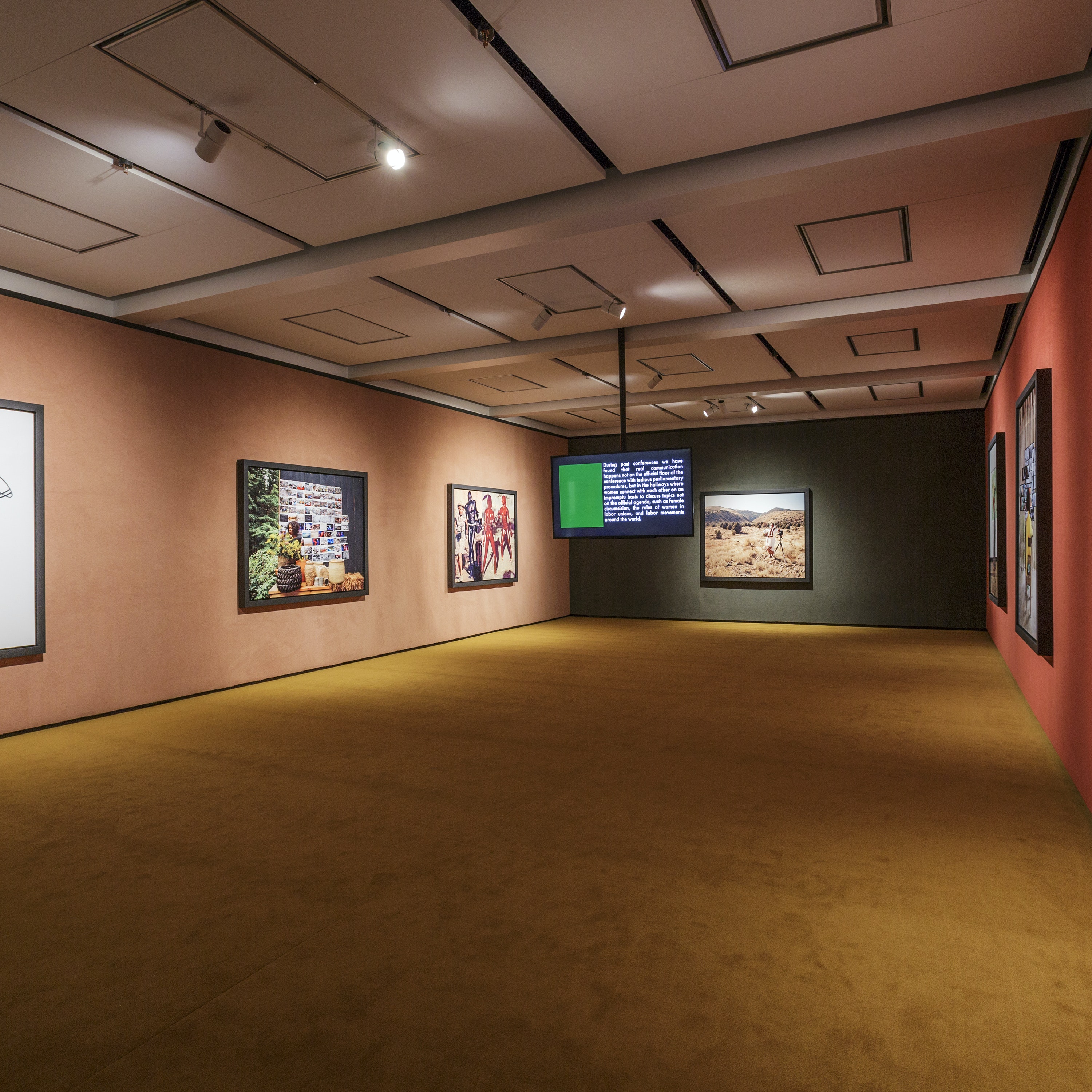 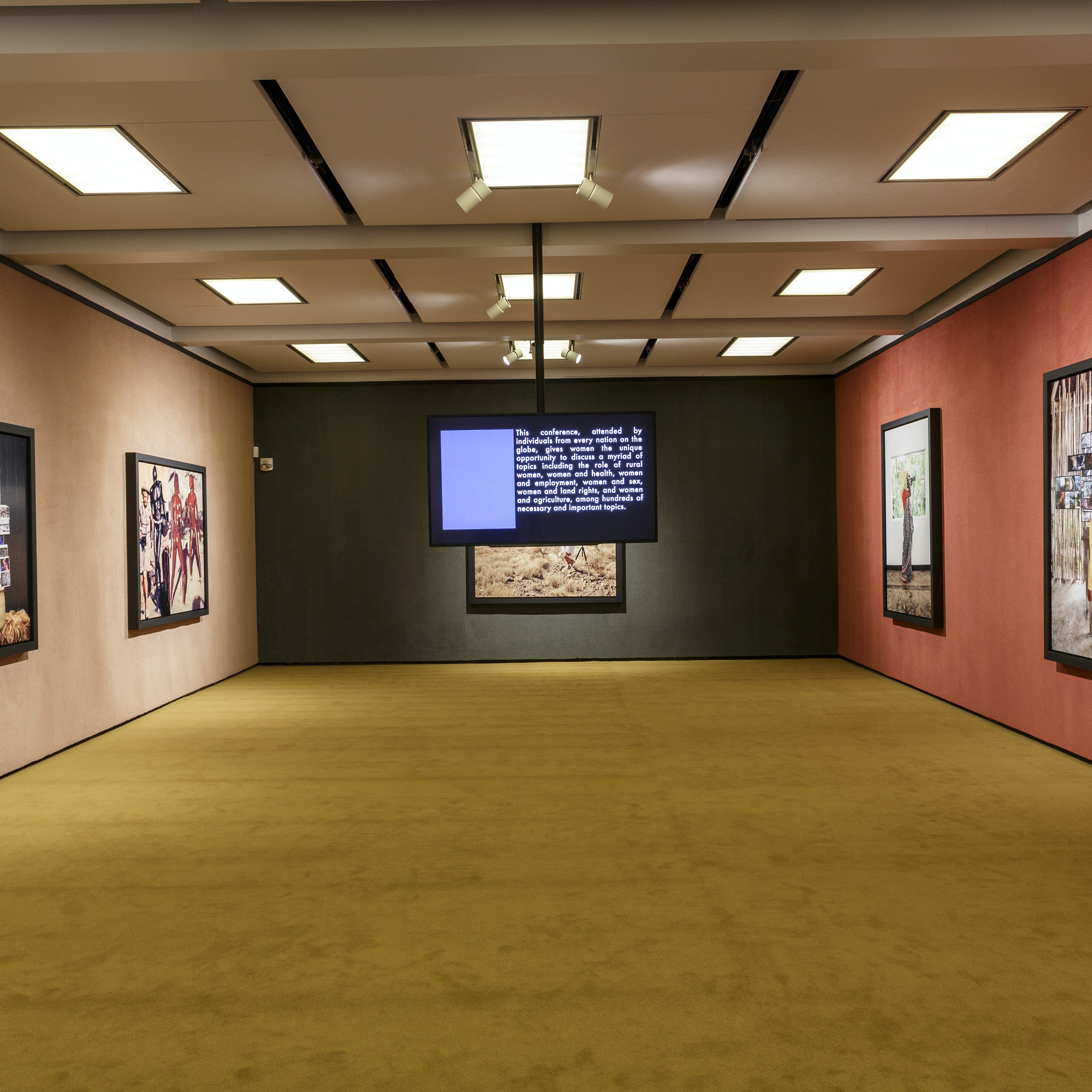 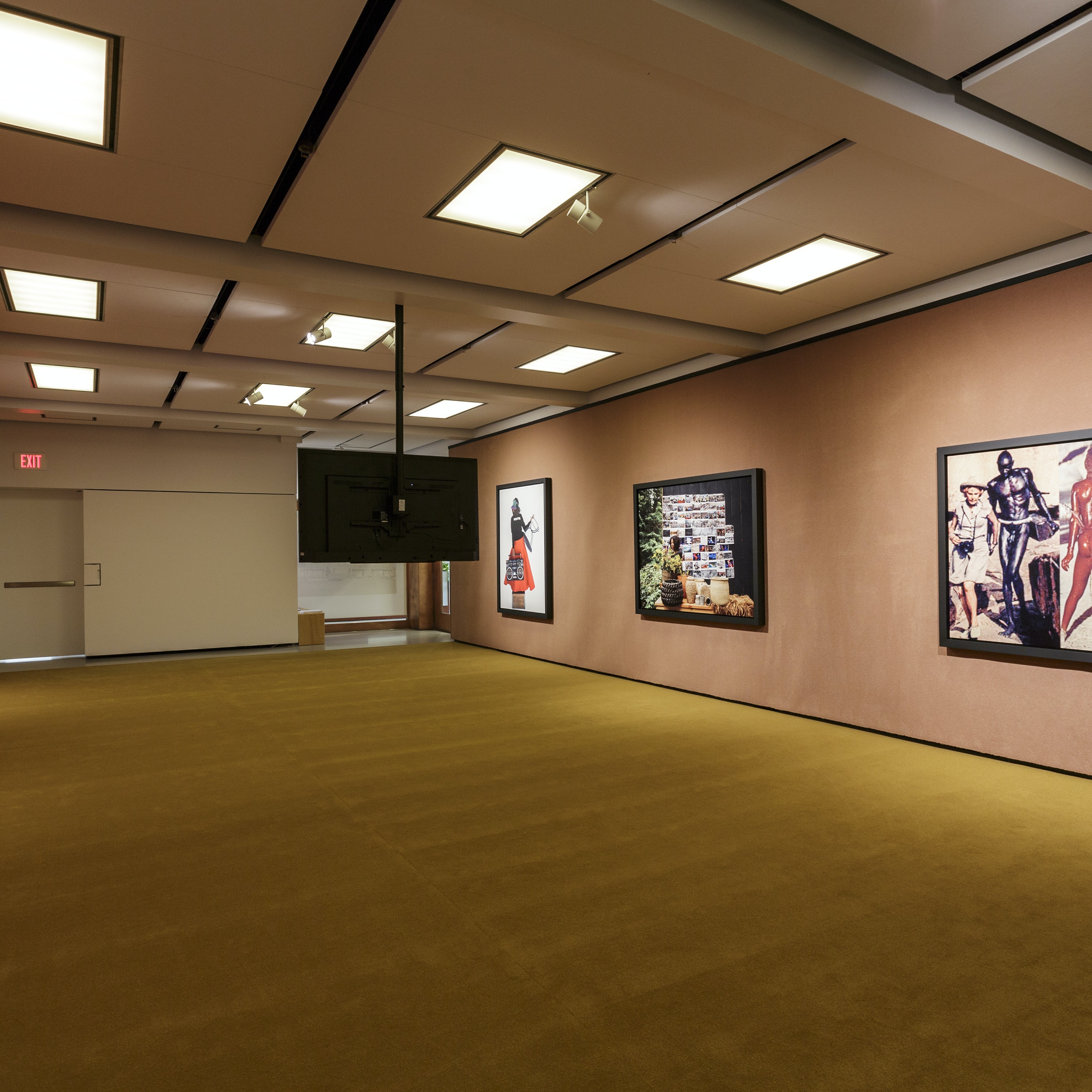 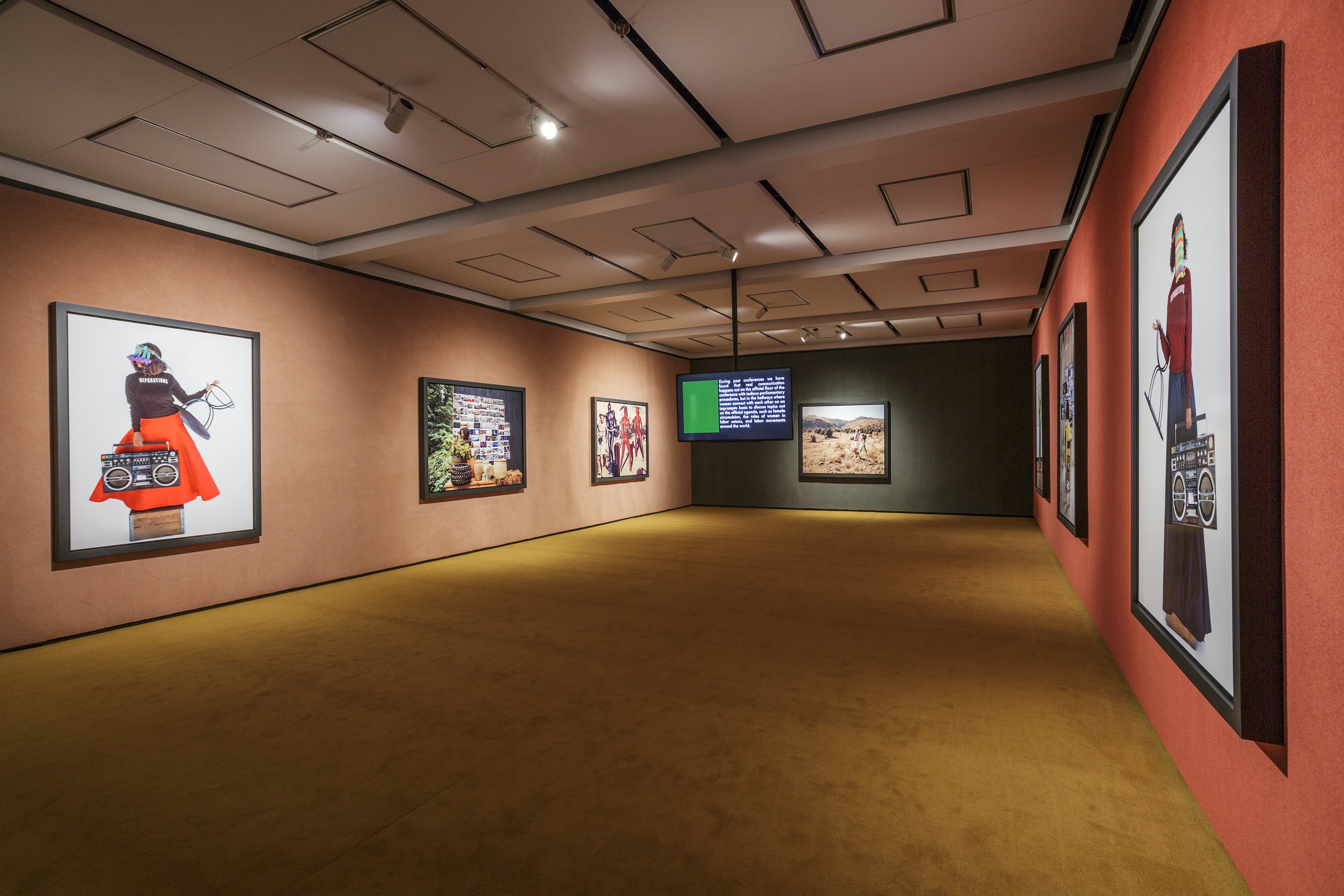 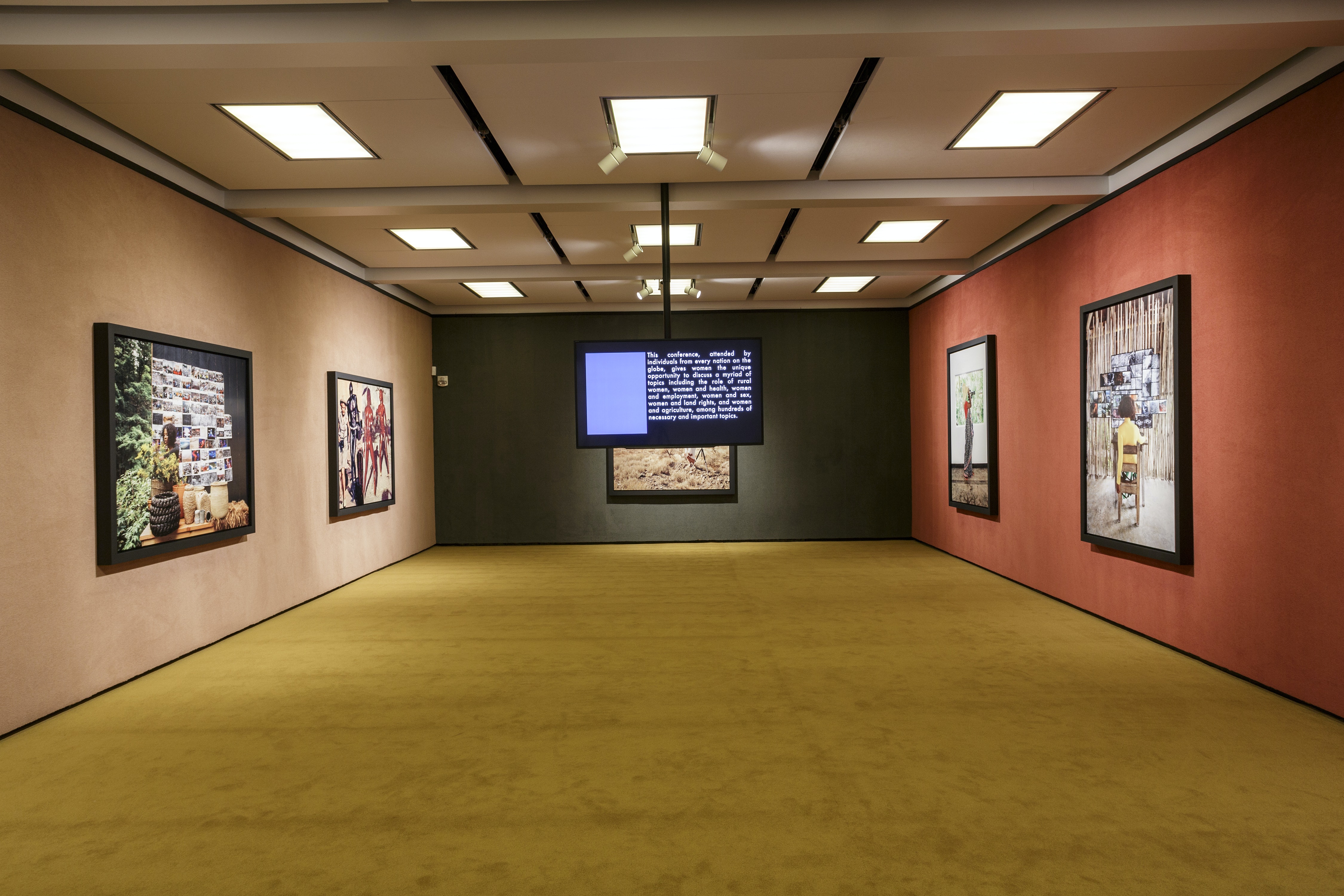 Xaviera Simmons received her BFA from Bard College after spending two years on a pilgrimage retracing the transatlantic slave trade with Buddhist monks. She simultaneously completed the Whitney Museum’s Independent Study Studio Program and a two-year actor-training conservatory with the Maggie Flanigan Studio. Simmons has exhibited internationally, including at the Aldrich Contemporary Art Museum, the Contemporary Arts Museum Houston, the David Castillo Gallery, the Kitchen, MoMA PS1, Musée océanographique de Monaco, the Museum of Modern Art (MoMA), the Public Art Fund, SculptureCenter, and the Studio Museum in Harlem. Her works are in major museum and private collections including the Agnes Gund private collection; Deutsche Bank; MoMA; the Museum of Contemporary Art Chicago; the Museum of Contemporary Art North Miami; the Nasher Museum of Art at Duke University; the Pérez Art Museum Miami; the Solomon R. Guggenheim Museum; the Studio Museum in Harlem; and UBS.