Delight Is Not a Luxury

In his lively new essay collection, Inciting Joy, Ross Gay invites us to view the evanescent sensation of delight not as a luxury (your spa day, your new car), or even as an antidote to sorrow (“It’s a kid’s fantasy” he insists, “to imagine any emotion discreet from any other”), but as a shared experience essential to humanity’s survival. “My hunch,” Gay writes, “is that joy, emerging from our common sorrow ... might depolarize us and de-atomize us enough that we can consider what, in common, we love.” For that to happen, however, we must jettison the cozy image of joy as a hideaway room that “washes you with clean air and glad music and comfy furniture and gentle warmth emanating from the white pine floors ... with a sweet window seat where you can read a happy book.” Welcome instead, he writes, the possibility that “joy needs sorrow for its existence.” Grief, in other words, can open the heart to love, though Gay is far too irreverent—and entertaining—a writer to put it that way.

Sidestepping the clichés and platitudes that characterize so many inspirational tracts, this nimble raconteur conveys joy’s ephemeral essence—what makes him happy—by sharing his reflections on everything from pick-up basketball to apple growing; from Aretha Franklin to W.H. Auden. And whatever the subject, each chapter fairly shimmers with moments of vision, particularly when Gay revisits formative experiences that prompt recollections of his parents and of his own turbulent youth. “Lots of fantasizing about torching expensive cars and chucking bricks through fancy stores where security might trail me if my likes went in,” he recalls of his and other Black men’s experience growing up in 1970s and 80s Pittsburgh. Like other personal memories, this one arises while the author is contemplating an apparently unrelated subject, John Edgar Wideman’s book Hoop Roots: Basketball, Race, and Love (Houghton Mifflin, 2001). There are many such digressions; like stray thoughts, they bob to the surface of Gay’s fast-flowing narrative of discovery, which leads him, through heartbreak and injustice and love and good times, to call for “belonging to each other as though our lives depended on it.” Quit your cozy room, in other words, and get onto the street, the dance floor, the basketball court, the broad highway—where, Gay convinces us, incitements to joy are waiting.

The Sounds of Life: How Digital Technology is Bringing Us Closer to the World of Animals and Plants (Princeton University Press, 2022), by Karen Bakker RI ’23

Discovery is also at the heart of Karen Bakker’s thrilling exploration The Sounds of Life: How Digital Technology Is Bringing Us Closer to the World of Animals and Plants. The territory encompassed here, however, is vast—nothing less than our entire Earth—and the guiding light is science not emotion, although intuition and, indeed, delight are omnipresent. For The Sounds of Life is, above all, a chronicle of research that reveals an abundance of wonders. “This book tells the stories of the scientists who are using ... digital technologies to decode the hidden world of nonhuman sound,” Bakker writes as she ushers us into an environment so rich and socially complex that it inevitably “challenges the claim that humanity, alone, uniquely possesses language.”

Orca whales and bats talk “motherese” to their infants, who respond with baby babble; creatures as different as dolphins and mice use sounds to name individuals whom they recognize; baby turtles hatch simultaneously by sending alert signals to each other from inside their eggs. Bakker’s elegant narrative is rich in such examples. She revisits the discovery of whale songs and elephant communication; describes how corals exchange vital information, and examines the evidence of sensory as well as audio responses among various plants. Comparing the invention of digital acoustics—technology that can detect and record sounds within and beyond the range of human hearing anywhere on Earth—to the invention of the microscope, Bakker stresses, however, that many Indigenous people have been practicing “deep listening” for centuries. In a fascinating chapter titled “The Singing Ocean,” for example, we learn of the Iñupiat people’s skill at interpreting the intricate vocalizations of the bowhead whale. What’s more, Bakker recalls, “When it was quiet out on the ice, Iñupiat hunters could hear the whales breathing through the small holes, or even breathing within the air pockets under the pressure ridges in the ice.”

In that single image, the stillness and silence of the Arctic is beautifully evoked. And Bakker strikes such grace notes repeatedly as she describes astonishingly varied environments—from the Amazon rainforest to the Great Barrier Reef; from the African savannah to the Bering Strait—in all their fecundity and fragility. But these observations are far more than lyrical asides or nods to ancient wisdom. In the midst of climate chaos and accelerating species extinction, they are vital reminders that paying attention to the natural world is the essential first step to preserving what is left and, in some cases, restoring what has been lost. Digital listening, Bakker convinces us, is indeed “reviving our connection to the natural world.” But without “deep listening,” she insists, even the most advanced acoustic technology becomes just “an enhanced form of eavesdropping.” A little humility, in other words, is in order. “In the absence of sounds we could hear,” she reminds us in her chapter on elephant research, “scientists simply assumed animals weren’t making sound. In the absence of evidence that they were using sound to convey complex information, scientists assumed an absence of communication. Digital technology helped bridge the technical gap—but the real leap was cognitive, as we learned to set aside our own biases.” 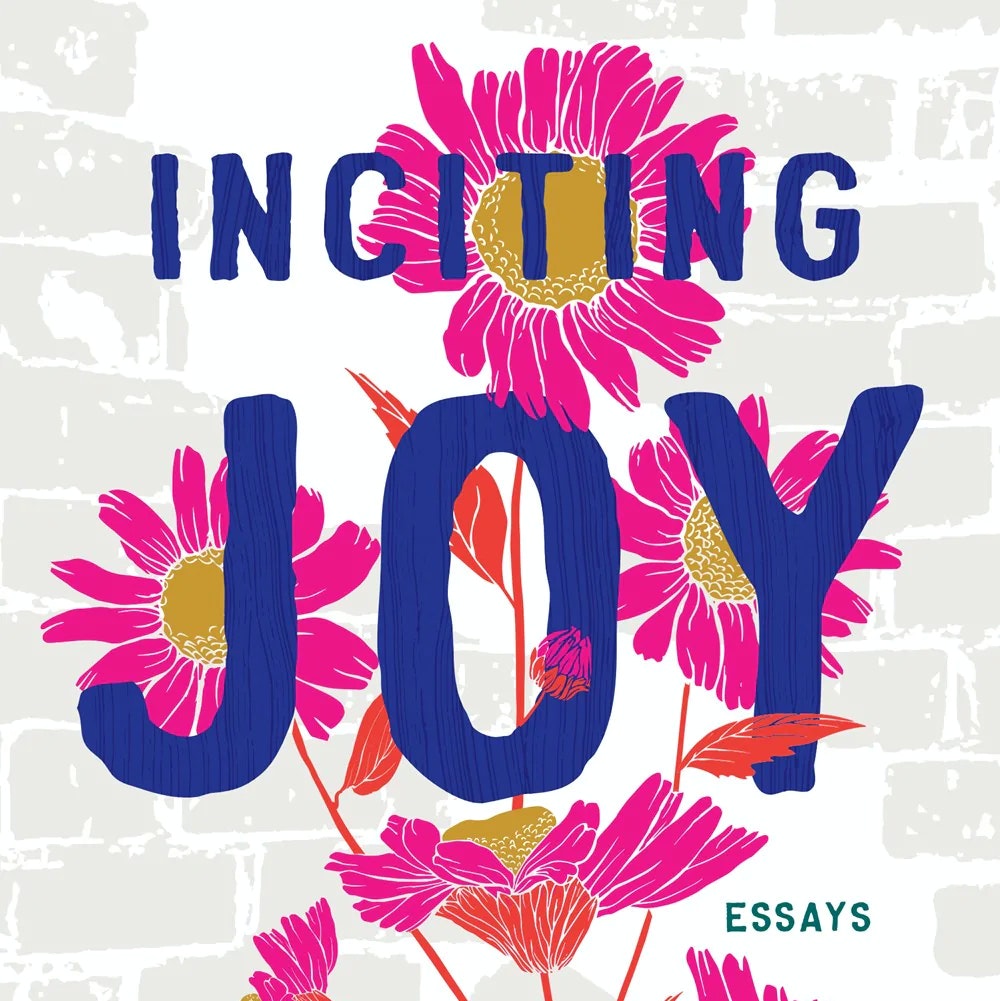 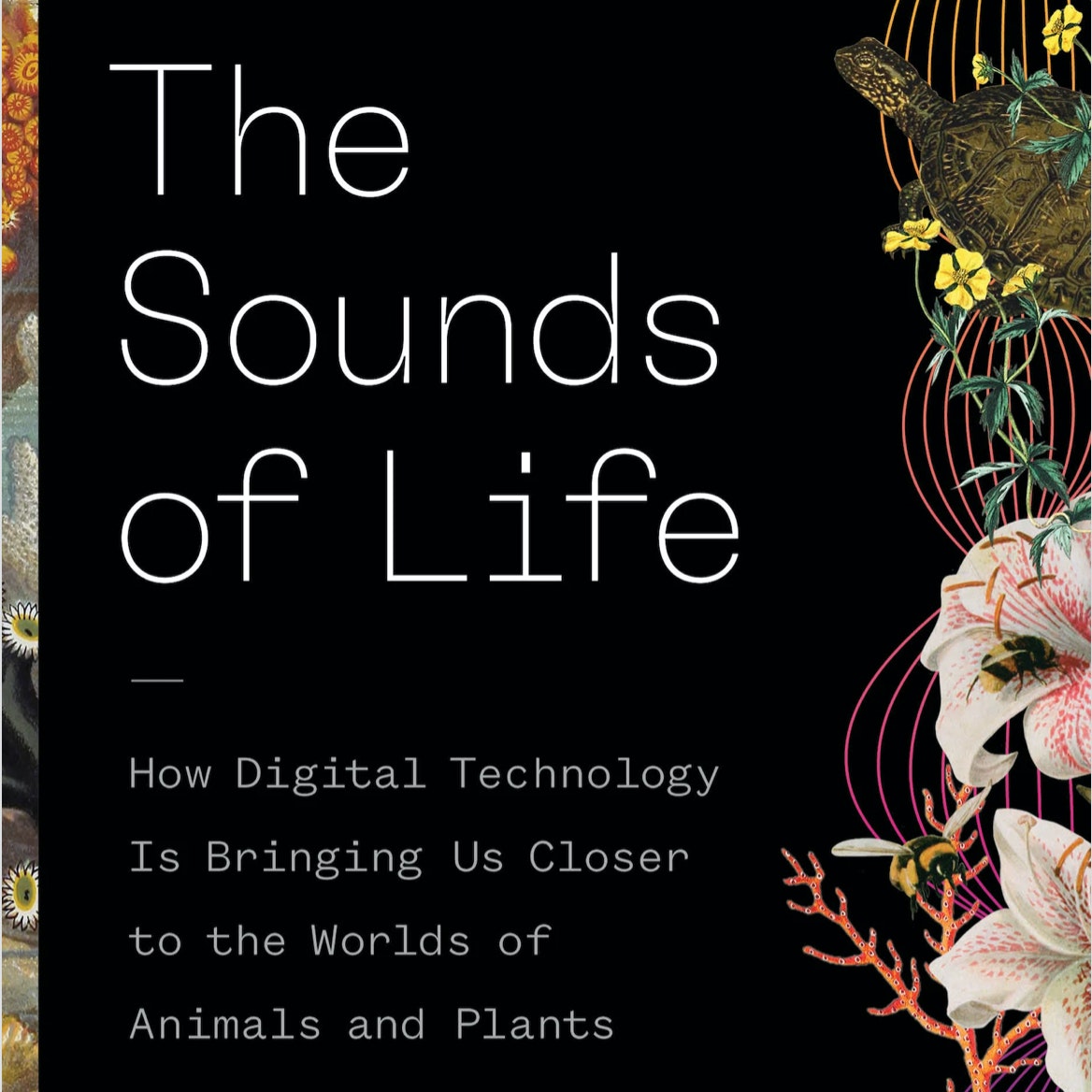 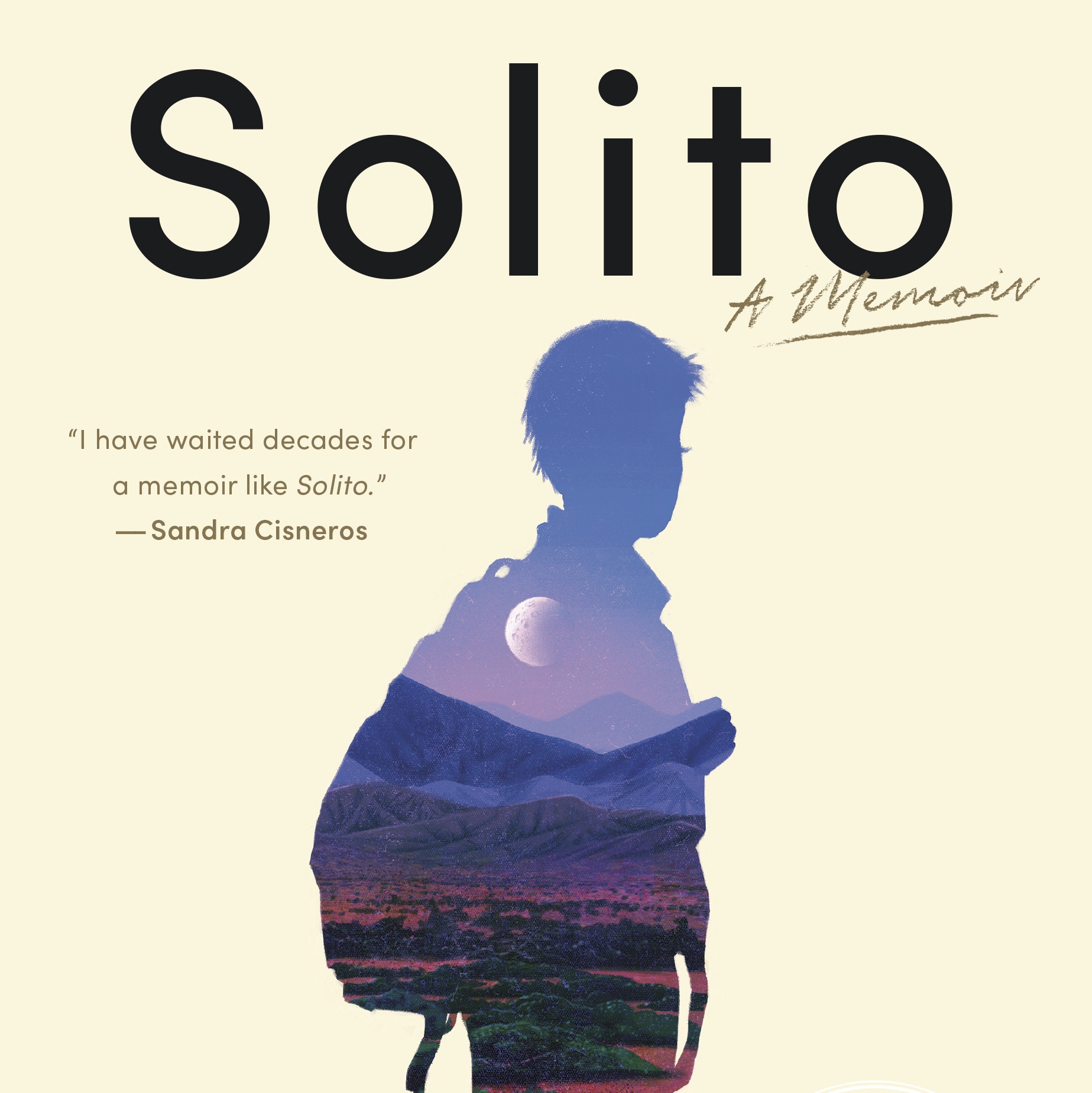 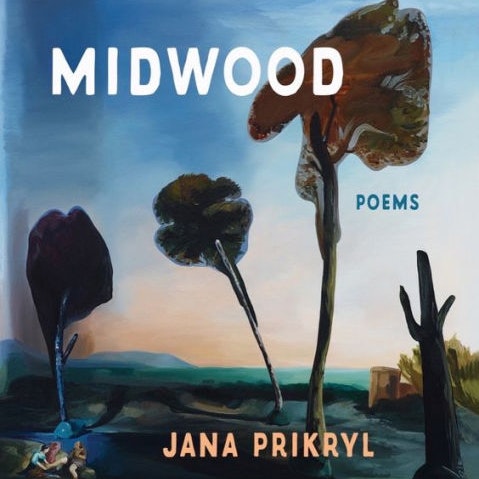 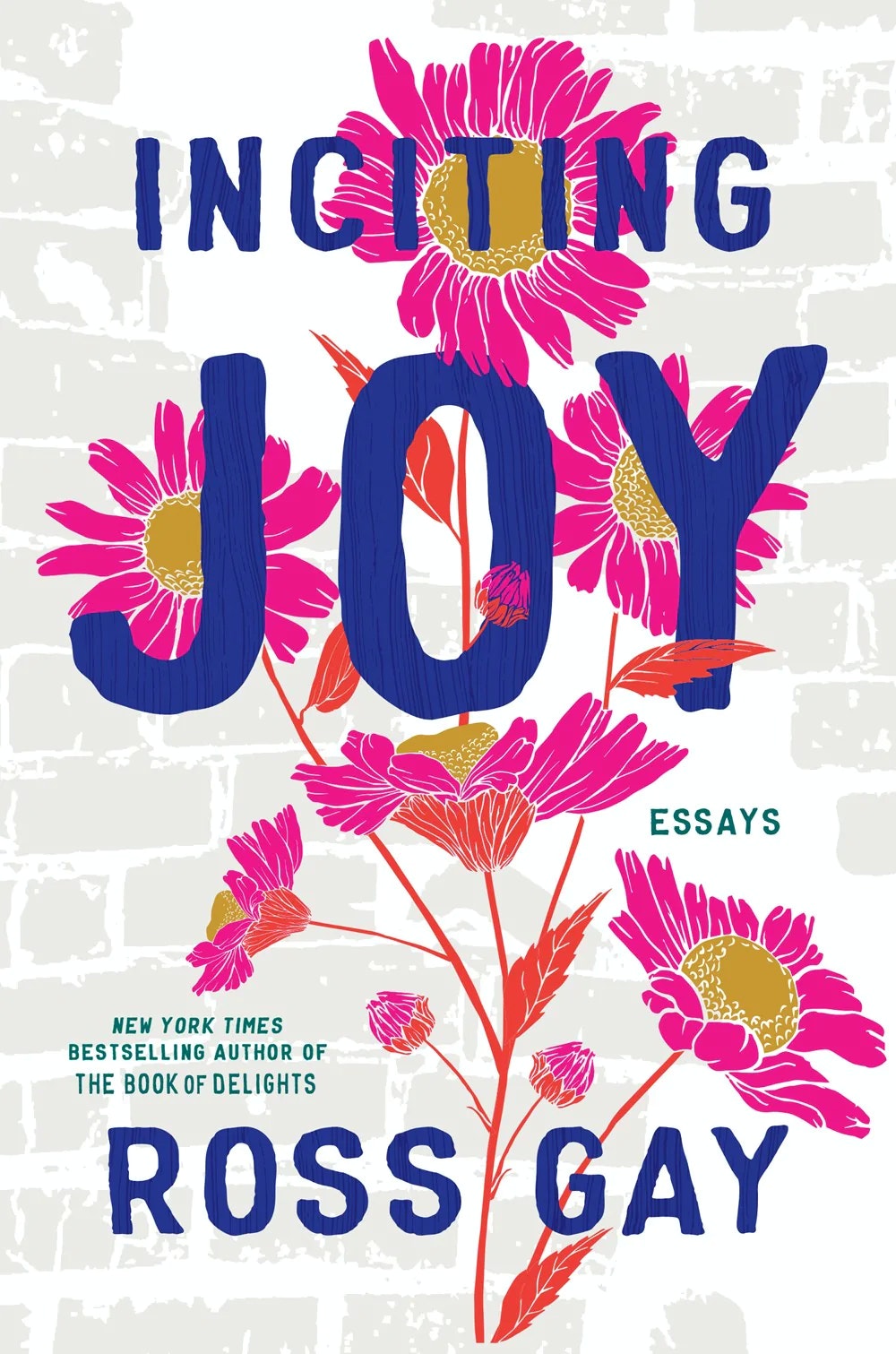 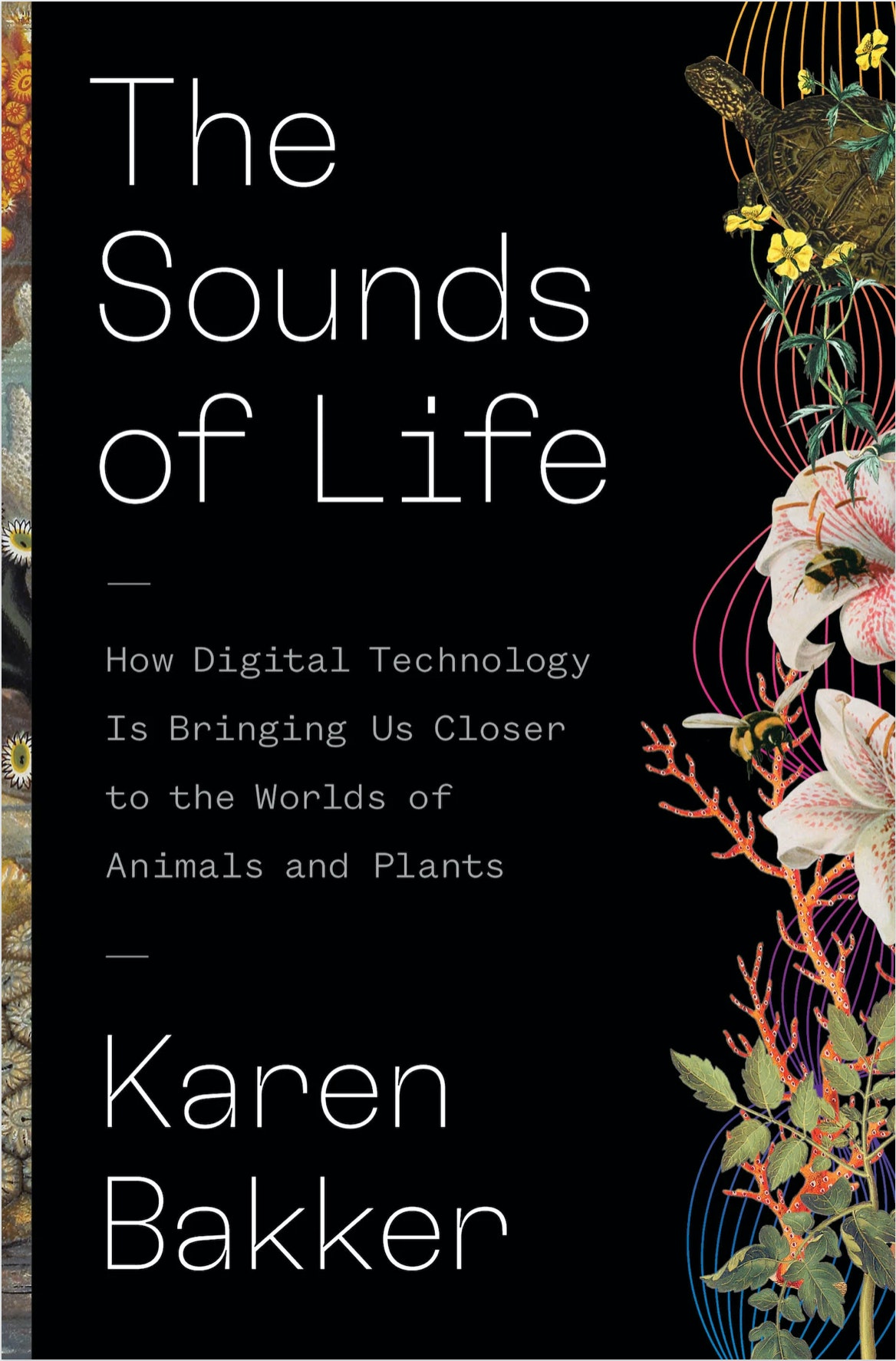 The Sounds of Life: How Digital Technology is Bringing Us Closer to the World of Animals and Plants (Princeton University Press, 2022), by Karen Bakker RI ’23 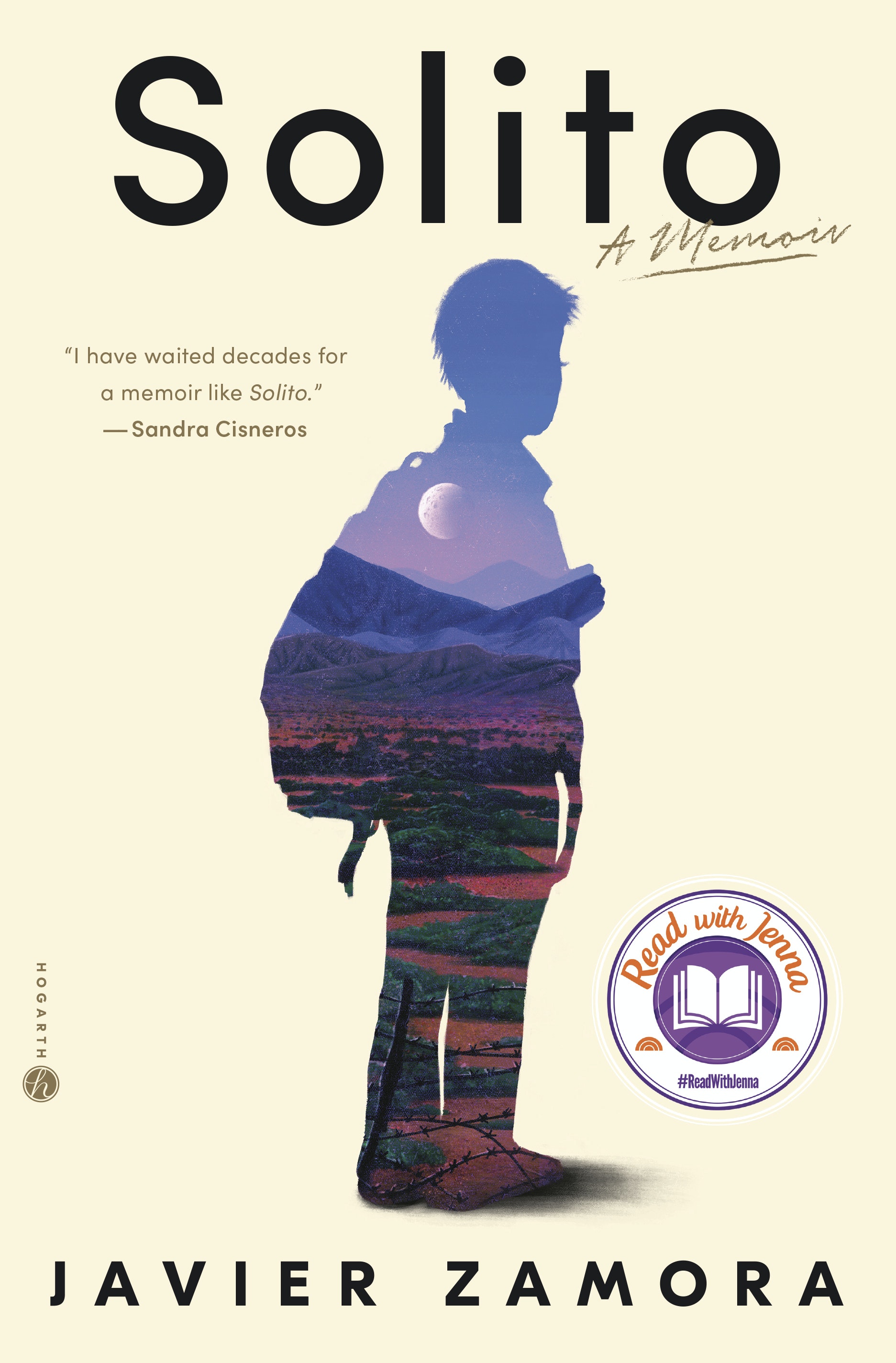 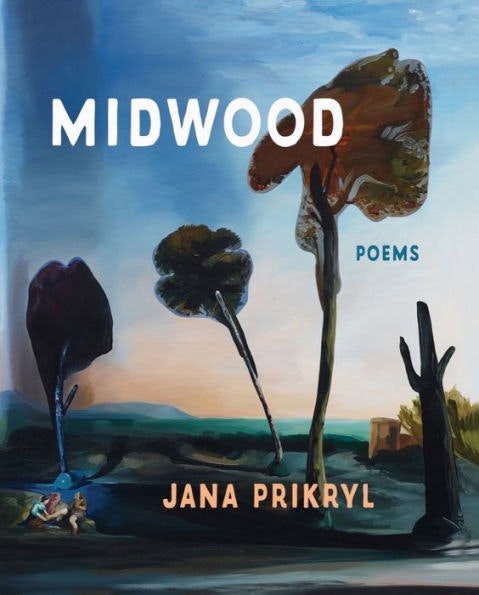 Javier Zamora’s remarkable memoir Solito awakens us to the more stubborn—and malign—preconceptions that many have regarding Central American migrants and the “coyotes” who lead them north to the US border. “You’re our chickens,” one of these men tells his charges as they approach Nogales, where another “coyote” will take over. Their migrant smuggling business is, of course, a ruthless one, and none of these men is a saint. But in Solito, each one is shown to be a human being. As, indeed, are all the individuals Zamora describes in his plain yet eloquent account of a desperate journey that would test anyone’s courage, let alone that of a child traveling alone.

Zamora’s story begins in his birthplace, El Salvador, in April 1999, when he is nine years old. Many in his village have already made it to the United States, including Javier’s parents. And everybody knows the rules. “No one ever lets it slip that they are leaving,” Javier notices as he excitedly anticipates his own departure. (p 9) Through his child’s eyes, we see the vibrant world he knows—one brimming with birds and flowers, friends and relatives—and the fabled United States, where, he imagines, “everything is new, fresh.” (p 5) And we meet Don Dago, the magician who can grant the ultimate wish—for a price. “People line up to ask if he delivers to Wa-ching-tón, to Jius-tón, to San Francisco. ... If he delivers children, if he delivers women or men older than he is, if he can change all of our lives.” Our understanding of this underworld trade is limited to what Javier can grasp, and this blinkered point of view further heightens the sense of anxiety that Zamora quickly establishes and expertly controls, every step of the way.

From El Salvador to Guatemala to Mexico to the US border; across miles of ocean and wasteland; hiding under bushes and in safe houses; terrorized by Mexican soldiers, then hunted down by immigration patrols; forced at gunpoint to kneel in the dirt; caged and deported only to try again: All of this is depicted with such urgency and clarity that to read is to be there, where we witness tenderness miraculously emerging.

“The sun is a bit over the center of the sky, shining in every direction,” Javier notes as he and his fellow refugees approach their destination. “Our shadows are so small, but they touch. We’re one big shadow. Our own family.”

The journey undertaken by the Czech-born poet Jana Prikryl in her new collection Midwood is, by contrast, a wonderfully meandering one. It takes her to her apartment window, to a shared bed, through airports and cities, to parties and breakups, and sets her down repeatedly alongside trees, the companions that prompt some of this writer’s clearest—and wittiest— images.

“Look how lively they grow in October

the leaves still green, they revel in the dip in temperature

they think it means the next few months will be pleasanter”

“Roots may want a gentle shower

the leaves are out for something else

they cannot look away

each drop a slap in the face”

The unifying theme here is midlife, that fulcrum state during which both the receding past and the foreshortened future seem to lose their clear boundaries; when the illusion of those boundaries, in other words, collapses. As Prikryl writes in “Other Words,”

“When you’re working the two

billows of meaning nothing

nudge you from either side

as you try to keep in touch with the single

wire of meaning that runs into the future

in other words the absence of meaning

also is a guide”

At times conversational in tone and at others playfully oblique, these poems introduce themselves casually, laconically—“You, blond, a backstop behind me in line,” one begins, while another opens with, “Unprepossessing girl in the café recognized me as the author of two books”—before veering off to the edge of our vision. The direction we never imagined taking is the one that Prikryl, with consummate skill, opens up for us.

Anna Mundow is a writer in central Massachusetts.