Tina Tallon is a 2020–2021 fellow at Harvard Radcliffe Institute, a composer, an interdisciplinary temporal media artist, and a researcher who currently serves as an assistant professor of composition at the Boston Conservatory at Berklee. Photo by Rose Lincoln

How Tina Tallon Found, and Raised, Her Creative Voice 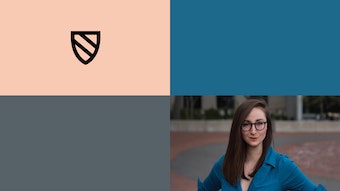 A career as an experimental composer and computer musician might seem unlikely for someone who entered the Massachusetts Institute of Technology intending to study theoretical mathematics, but Tina Tallon was only following her ear.

Both Tallon’s parents were engineers—her father at NASA and her mother in medical devices—before becoming government contractors in their fields. They assumed she would follow in their footsteps. “I think my father’s dream for me was to become a mathematician and be a cryptographer,” says the 2020–2021 Radcliffe fellow. “I remember going to the National Cryptologic Museum.” When Tallon was four, her grandmother gave her a toy piano. “I would just bang on it and try to pick out tunes from TV, jingles and things like that,” she recalls. “Apparently, my father said, ‘She’s really bad but she’s not going to stop. We should get her some lessons so that she’s less bad.’”

Tallon soon started piano lessons and later played the violin in orchestras at school, but music was otherwise missing from her home life. In her conservative household in Pasadena, Maryland, Rush Limbaugh served as the soundtrack. In the run-up to the 2008 presidential election, Hillary Clinton was often a topic of conversation—which is how the word “shrill” entered Tallon’s consciousness. “Though I of course benefitted from a lot of privilege, I think that constantly being barraged by a stream of misogyny and racism over the airwaves is also, in part, my origin story,” she says. “It’s definitely in the mix when I look back at the directions that my research has taken.” In other words, Tallon’s Radcliffe fellowship project, “Shrill,” has been brewing since her teenage days. But there have been many twists and turns along the way.

At MIT, her first turn was toward biological engineering; she had been struggling on the mathematics track and found a human connection in her new field. After the death of a great aunt from pancreatic cancer, she spent three years applying her computational modeling skills to cancer research. A class titled Biological Engineering II: Instrumentation and Measurement proved particularly formative. “That was the course where I learned a lot of digital signal processing techniques,” Tallon says, “which in fact are the same things that I use now as an electronic musician.”

As her senior year approached, Tallon considered medical school—but first, she needed a break from science. “So I decided to go to music school as my break,” she says with a laugh. “At the time, I thought I would just explore it. I had no idea that it would turn into what it’s now become.” (Rather than a medical degree, last year Tallon earned a PhD in music composition from the University of California San Diego, where she focused on electronic music, embodiment, and trauma.)

Tallon initially felt pigeonholed in her MFA studies at Brandeis—her peers assumed that she would produce electronic music because of her undergraduate background. “I resisted it at first because I wanted to use music as a way of escaping what I found unfulfilling about my previous life as a scientist,” she says. “I was much more interested in expressivity.” But the more she contemplated expressivity—both as a composer and as a performer—the more she became aware of highly gendered and racialized assumptions surrounding the voice and the technologies that mediate it.

“Because our voices are the site of so much identity construction,” she says, “both individually and societally, it’s important to understand the relationship of the voice to the body and also what it means for a voice to be disembodied—what types of power and vulnerabilities are available in that disembodiment as a liminal space for exploration. As I got older and engaged more with the research surrounding it—and experienced a lot of these things firsthand, particularly as a working musician—I thought, yeah, all right, we need to talk more about this.”

The 2019 Democratic primary saw a record number of women—six—jump into the race. Although Hillary Clinton was not among them, “shrill” kept coming up in coverage. Tallon had already begun to examine the history of gender bias in broadcasting; she shared her insights in the New Yorker article “A Century of Shrill: How Bias in Technology Has Hurt Women’s Voices.” Deeper research spawned an ambitious two-pronged project—and a perfect storm of Tallon’s artistic concerns and academic interests—in the form of a popular science book and an experimental opera, each with a unique approach to exposing technological biases. 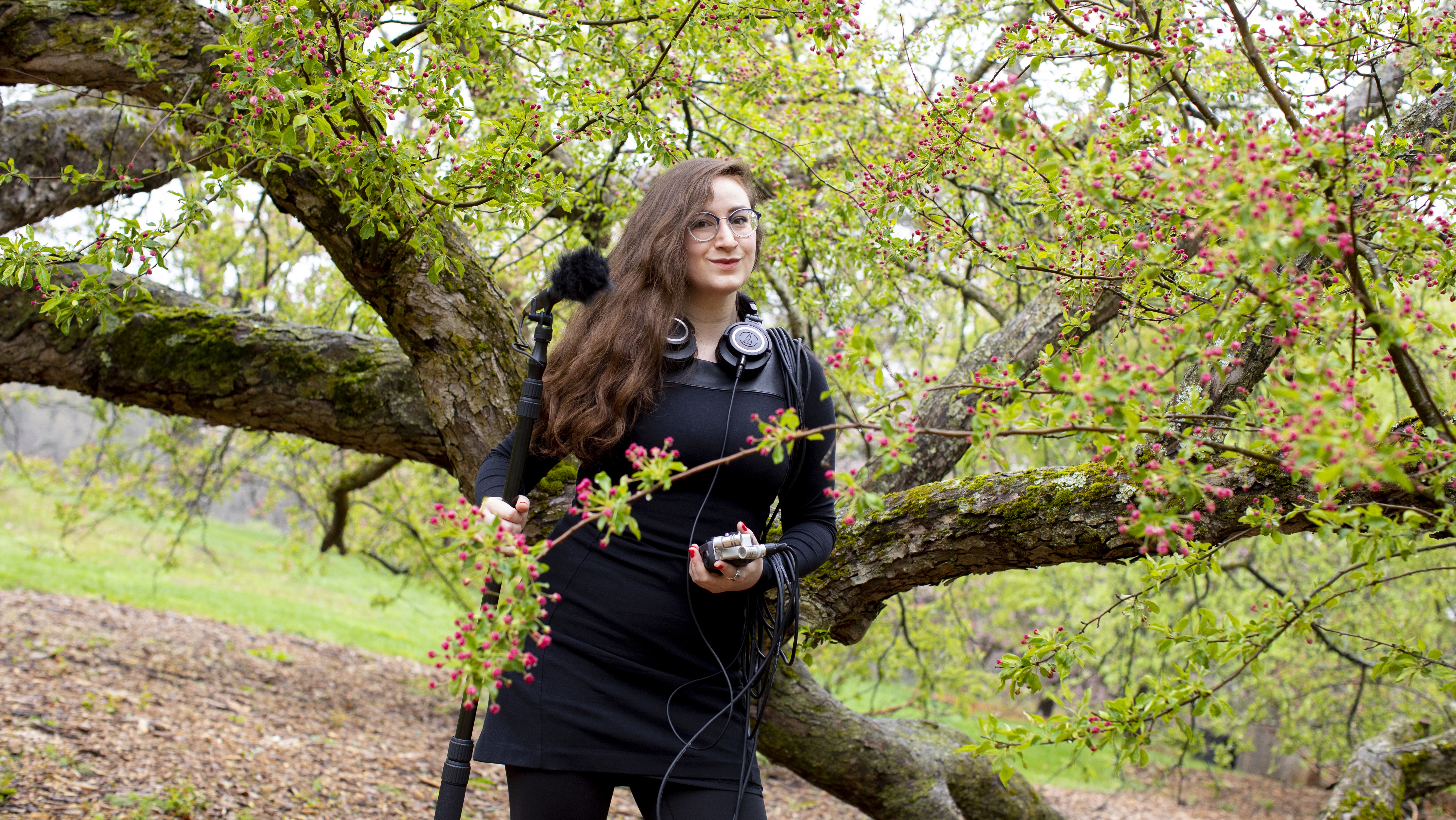 With the book, which will expand on the themes of her New Yorker article, Tallon hopes to inspire readers, especially the engineers among them, to think critically about their engagement with technology. “There are just so many different ways that bias creeps into these systems and creates these massive systemic injustices that we see playing out in society today,” she says. “We often view technology as something that makes our lives easier, but in a lot of cases, it actually amplifies inequity and makes our lives far more difficult. Artificial intelligence is a prime example: there are many biases—especially racial biases—built into the fabric of many AI models that are used today in everything from predictive text to voice and facial recognition technologies. Data are not just numbers. They are a reflection of a society’s values.”

Shrill the chamber opera—which she is developing for the Boston-based experimental company Guerilla Opera—is still in its early days owing to the COVID-19 disruption. Tallon calls it “a multimodal experience”: a mix of performance art and installation (including novel sculptural electronic instruments she’s building herself) that will use technology to make the audience part of the performance. She is also tackling a libretto for the first time—something she felt she must do herself because the presentation will necessitate purposeful obscuring of the text. “Asking a librettist to give up their agency along with the structural integrity of their text was something that I just felt I couldn’t do,” she says.

Next year, Tallon will continue to develop the opera at the American Academy in Rome, which recently awarded her its Frederic A. Juilliard/Walter Damrosch Rome Prize. “A lot of the research that I’m doing for the book is going to obviously influence what occurs in the opera, but storytelling via operatic and artistic means is very different from storytelling through the means of a nonfiction book,” she says.

Despite the turns her interests have taken over the years, one constant in Tallon’s range of projects is a desire to contribute to society. “I definitely feel a burden to make sure that my work is doing more than just making sounds for people to passively listen to,” she says. Her role as an educator has helped: as a visiting scholar at MIT, she used her voice technology research to develop a course module for the bioengineering department, helping the institute to incorporate diversity, equity, and inclusion in that curriculum. “They realized that this is not only a great way to teach digital signal processing but also to understand the societal implications of the types of biases that might be embedded,” she says.

Tallon believes that art, too, has a large role to play in promoting equity and positive change. “Art is able to speak to people in reparative ways that merely informing them might not,” she says. “It can be an extremely powerful medium if approached in a very nuanced and intersectional way. I don’t believe that artists can just sit back and be silent in the face of the many existential threats and injustices that are facing us today.”

Ivelisse Estrada is the associate editor of Radcliffe Magazine.

Watch a performance of luscinia (2017), which combines voice, electronics, and acoustic instruments. The piece was composed by Tina Tallon and performed live by the La Jolla Symphony, with Steven Schick conducting.