A Radcliffe alumna shares the inspiration for her life and work—and philanthropy.

In the summer of 1943, my mother, Frederica Shoenfield, boarded a train in Ann Arbor, Michigan, bound for Radcliffe College during that wartime summer. Unaccompanied by her parents and knowing no one on the other end of the train ride. She was 16 years old.

She always told me that as soon as she set foot on that campus, she was home. The East Coast was home, Radcliffe was home, her beloved friends whom I knew decades later—they remained her home base from then onward. I remember them all so clearly: Dory and Ducky and Dizzy and Peggy. They were a buoyant and sassy crew with names to match—and my mother fit right in. The clan nicknamed Mom “Freddie” and “Quiz Kid” because she was the youngest of the bunch.

Mom’s brilliant but slightly terrifying father, though chauvinistic in many ways, believed deeply in his two daughters receiving the best education possible. My mother flourished at Radcliffe and later entered the first class of women at Harvard Law School in the summer of 1950.

Also in the summer of 1950, my father, Russell Brenneman, traveled from his hometown of Columbus, Ohio, to the East Coast to enter Harvard Law School, financially supported by his beloved Aunt Charme, without whom law school would not have been possible.

In January 1951, a vacant seat appeared between him and one of the few women in the large lecture hall, and there it began. My parents carried on small talk fraught with flirtation (according to mom), and six months later, they became the first married couple at Harvard Law School. They were married 65 years.

My mother was the second female judge to be put on the bench in Connecticut, and she specialized in juvenile matters, a new branch of the law born in 1967 after the landmark United States Supreme Court decision in re Gault. My father specialized in environmental law and policy—a similarly new branch of law that also began in that era. Both were key players in the creation of legal systems that exist to this day. They found a way to use their education, fierce intellects, and bold imaginations for the public good. 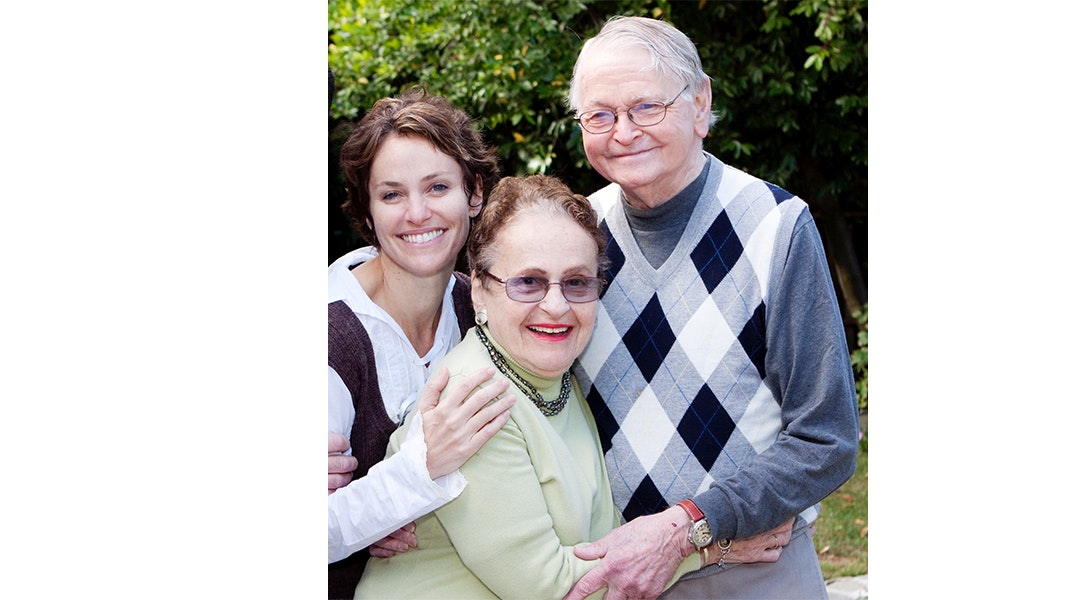 Amy Brenneman with her parents, Frederica and Russell Brenneman, both of whom were Harvard-educated lawyers.

Being a Radcliffe alumna was a huge part of my mother’s identity; we vacationed with her college chums, and it seemed she attended every single reunion, always coming home with juicy swag items like mugs, totes, sweatshirts, and hats. Her Class of 1947 created the “externship” program, in which students could learn from mentors like Mom. I grew up with Radcliffe undergrads spending their spring breaks in our home, learning not only about my mother’s impressive career but also how she integrated that career into a life that included child-rearing, marriage, travel, church—a career not to the exclusion of but as an extension of a full life.

She opened her heart and life to these young women, answering questions ranging from legal statutes to salary inequity, from carpooling to dinner preparation. Not having sisters, these undergrads seemed impossibly cool (and endlessly gracious) to little me. Many of them became part of our extended family. 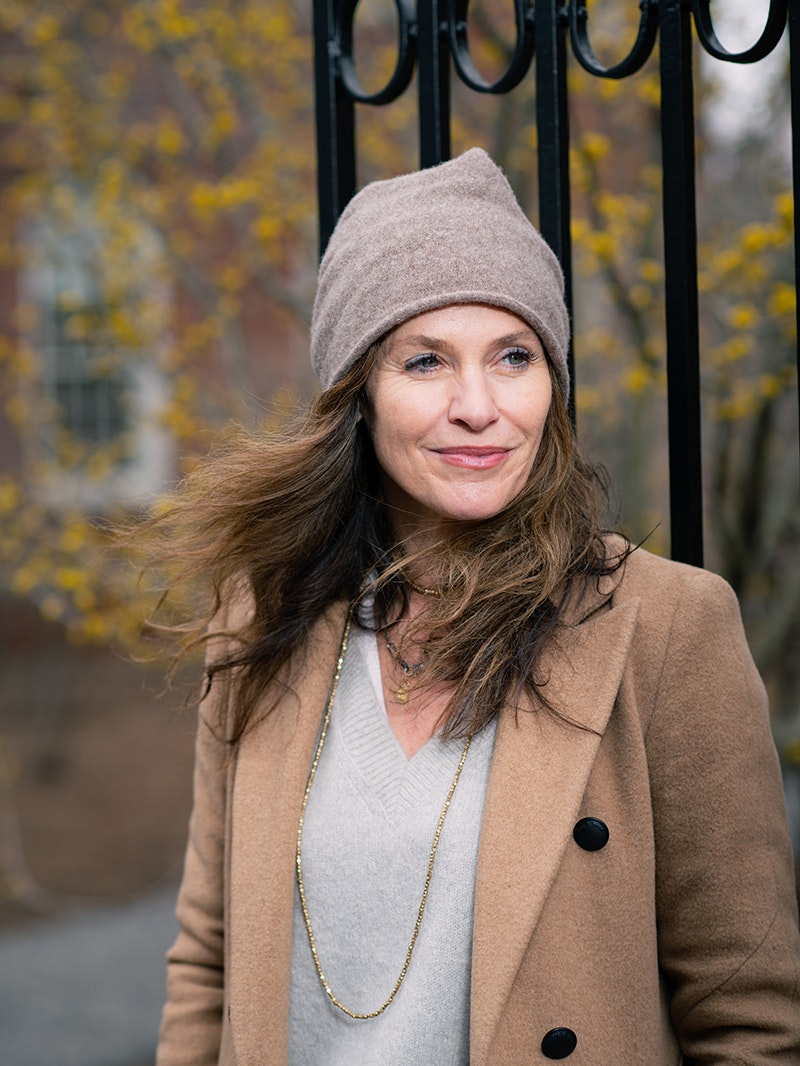 With her husband, Brad Silberling, Brenneman has created the Frederica and Russell Brenneman Dean’s Leadership Fund at Radcliffe. Photo by Kevin Grady

My parents remain an inspiration to me and many others. I followed their footsteps to Cambridge and earned a degree from Harvard-Radcliffe in comparative religion. I am as passionate about my vocation as an actor/producer as they were about the law. They taught me that “one’s vocation is the place where one’s passion and the world’s need intersect.” My mother and I comingled our vocations when I created the television show Judging Amy, which is based on her life and work. We used our separate passions to collaborate on a project which amplified stories of humanity, systemic inequality, and public service.

My father passed away in October 2016, and mom in March 2021. Long before their deaths, it had been a dream of mine to create something in their name in Cambridge, where they found their individual identities, their vocations, and, of course, each other. Auspiciously, I was (re)introduced to the Radcliffe Institute and its wonderful world of thinkers, activists, and artists over the past few years. Here, I found an intellectual home to explore my desire for engagement and education on issues that are critical to our ability to envision a more just and inclusive future.

Along with my husband, Brad Silberling, it is my joy and honor to create the Frederica and Russell Brenneman Dean’s Leadership Fund at Harvard Radcliffe Institute. This fund will support their lifelong commitment to intellectual inquiry, intentional community building, and imaginative lives of service.

It is a small way to give back to an institution that has given so much to my parents, my family, and me.

Amy Brenneman ’87 is an actor and producer.