Ripped from the Headlines?

National Election Day 2022 at the voting site in Quezon City, Philippines. Photo by Gem, via Flickr 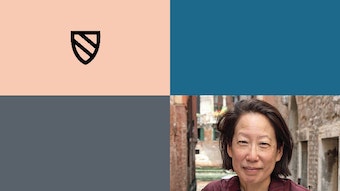 The present moment, which seems to rush from one moment of horror to the next, is often described as being stranger than fiction. Miguel Syjuco’s new novel, I Was the President’s Mistress!! (Farrar, Straus and Giroux, 2022), resolves this problem by taking political conversation literally. Structured as a series of interviews by a journalist, the book satirizes the language of authoritarianism and the shallowness of its leaders.

Syjuco’s novel takes the form of transcripts. Philippine President Fernando V. Estregan is being challenged by both an impeachment trial and his opposition, and the journalist wishes to talk to his mistress to understand who the man really is. That hyper-realized mistress is Vita Nova, an effervescent movie star whose career has become political despite her exhibitionist frivolity.

Vita does not speak the bland language of professional politicians. “I know you’re wondering—yes, it’s true: his birdie is thick,” are her first words to the journalist. Her monologues are boldly, self-consciously extreme. Every morsel is quotable, with the deranged vitality of a viral tweet—a reflection of her own outsized persona. Vita does not seem to worry about what the former president might think of her deposition in her tell-all interview, where she recalls how she used to sing “Viva President Fernando Valdes Estregan!” in bed. The book revels in the crassness of its central character. Vita is the star of the book; it’s clear there’s never been a stage on which she isn’t the diva.

Fernando Estregan may recall Rodrigo Duterte, the outgoing president of the Philippines, or Ferdinand Marcos, the country’s former president, known for his corruption and cruelty. Beyond a similar first name, Marcos was alleged to have a love affair with an American actress. The fictional president shares in Vita’s self-delusion; her egotism reflects his own.

Vita wishes to save the Philippines but risks getting caught in someone else’s downfall. No matter. She demands to have her story told nonetheless. “But only after a dramatic cliff-hanger in this one, which we can call: I Was the President’s Mistress—with two exclamation points (coz one’s too little, three’s too much). Think that title’s ironic enough? I say let’s just own it.” She is unstoppable, even when defeated.

Syjuco’s book may be more relevant that he expected. In the months after the book was published, the Philippines elected a new leader known to flaunt historical denialism with extravagant excess: Ferdinand Marcos Jr.

At first, the house in Claire Messud’s A Dream Life—a large manor in Australia where Alice and her family have arrived for her husband Teddy’s job—seems like a gift. It has it all: a marble staircase, a garden with a gardener, the perfect place for the family to begin their new adventure abroad, the dream life of the book’s title. The family calls it “Chateau Deeds,” after the building’s pompous owners.

The house seems to unfold like a series of promises. “The two girls ran squealing from room to room; they clattered along the broad parquet hall and peered into the great drawing room, with its alcove study and foggy drapes; into the paneled dining room, the morning room, the library.”

But the house quickly takes on a sinister air. Like Edith Wharton or Shirley Jackson, Messud uses the house to illustrate the feelings of the woman who must now run it. Alice bears the uncomfortable burden of this new place and the new life that it confers. An Australian mansion is a luxury, but also disorienting and confusing.

The heart of the novel lies in this depiction of Alice. Unable to understand why such a good turn of events makes her feel so uneasy, her need to care for the house becomes a reflection of her inability to deal with her new social standing. Once a woman with a life out in the world, she is now reduced to being a housewife in a foreign country. “Now, slipping like a ghost through the opulent rooms, Alice thought she understood where she was: in a dream life, where nothing could matter and nothing would last, a hiatus from reality which, precisely like time travel, would deposit her back on her own shores, in her own time, at some unforeseeable but anticipated moment.” She has it all, but somehow, she has become no one.

Messud has said the portrait of Alice is based on the author’s mother. This is perhaps why she draws the character with such care. She glides over Alice with long languid sentences. “All this would be revealed to be a mirage, which was why her fear was unnecessary (although she could not quell it), why her anger was itself an illusion (although she could barely contain it), and why her eyes and limbs felt so very heavy, as though she dragged through sand.” Slowly, the story becomes darker, more worrisome, until it almost supernaturally resolves. A change of scenery is enough to alter the family’s fortune. The tension is quick to seize and easy in its release, like a story told about a trip taken long ago or a dream evaporating in morning light. 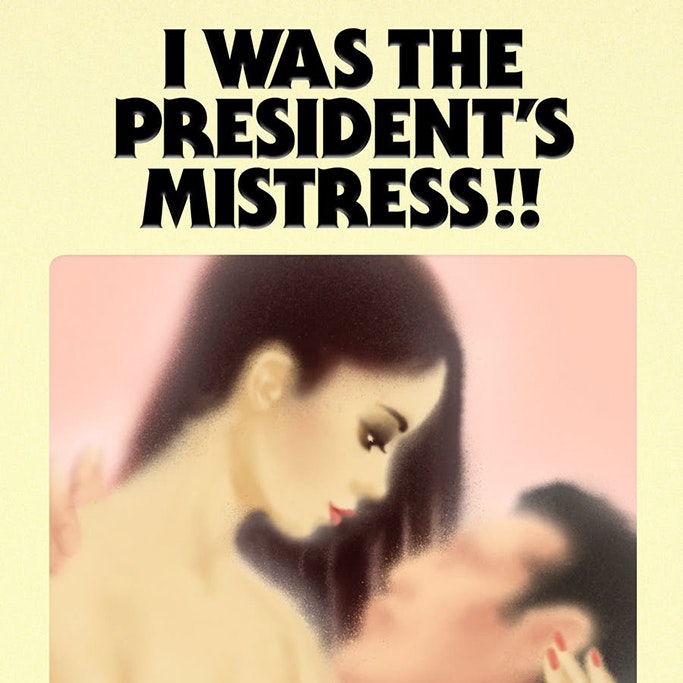 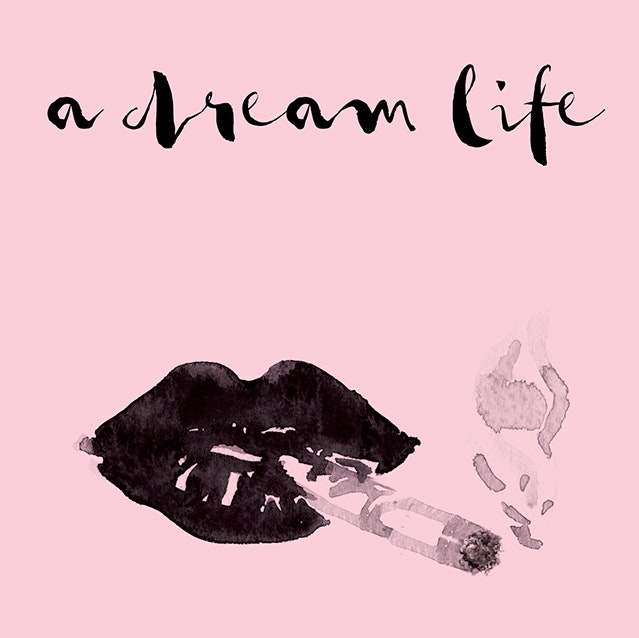 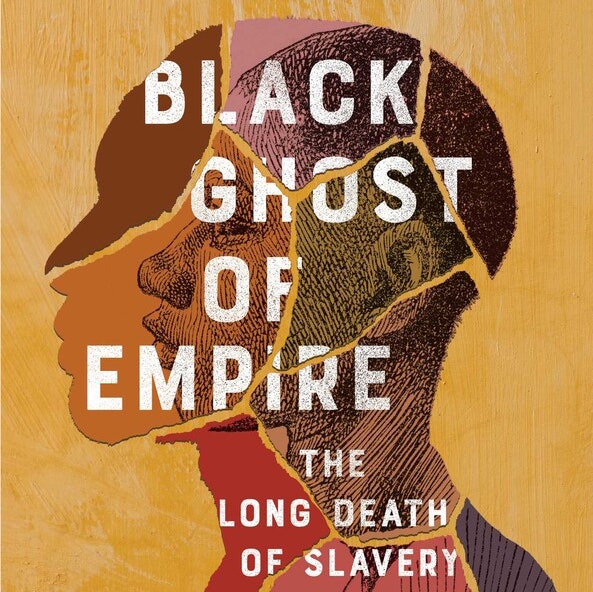 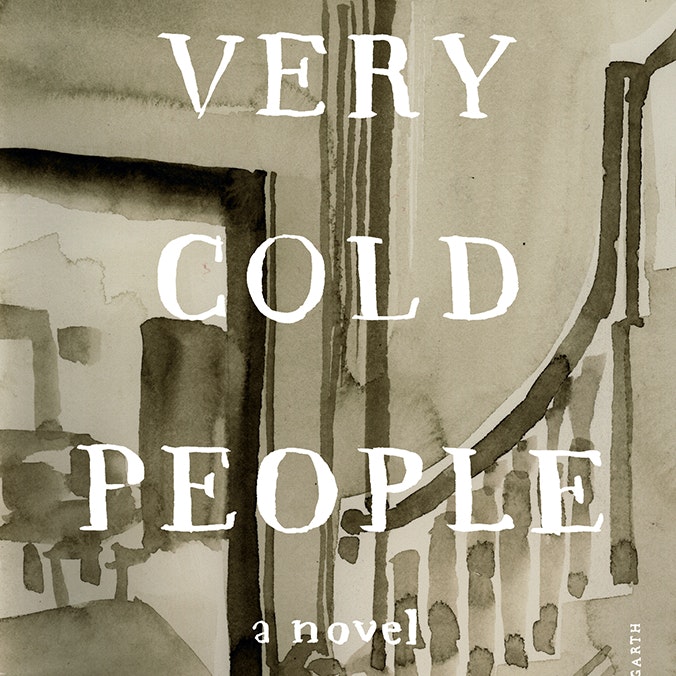 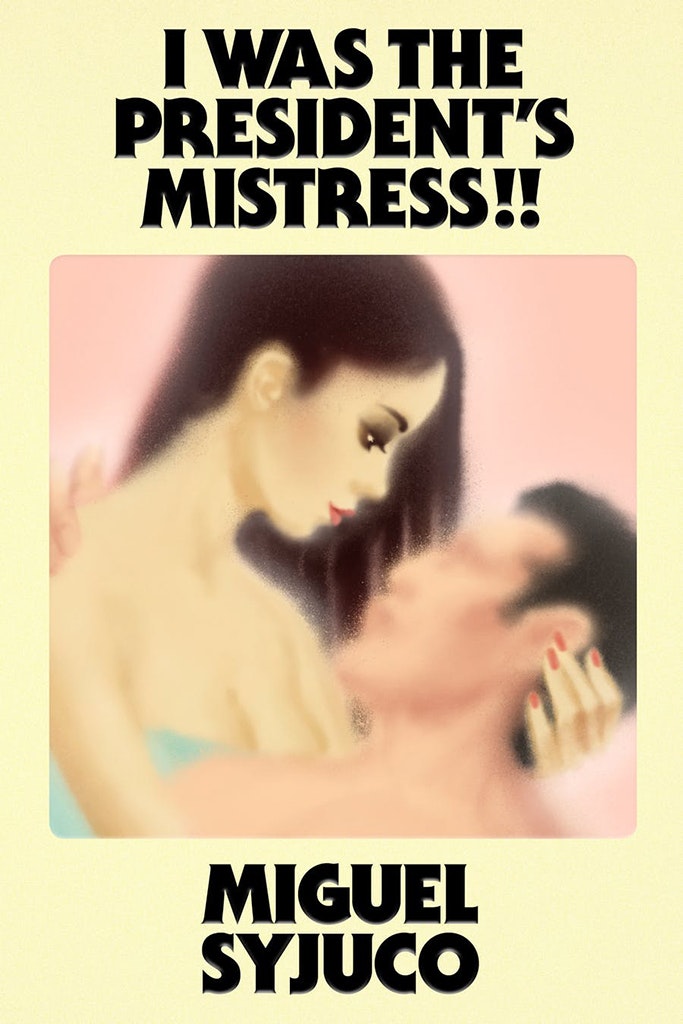 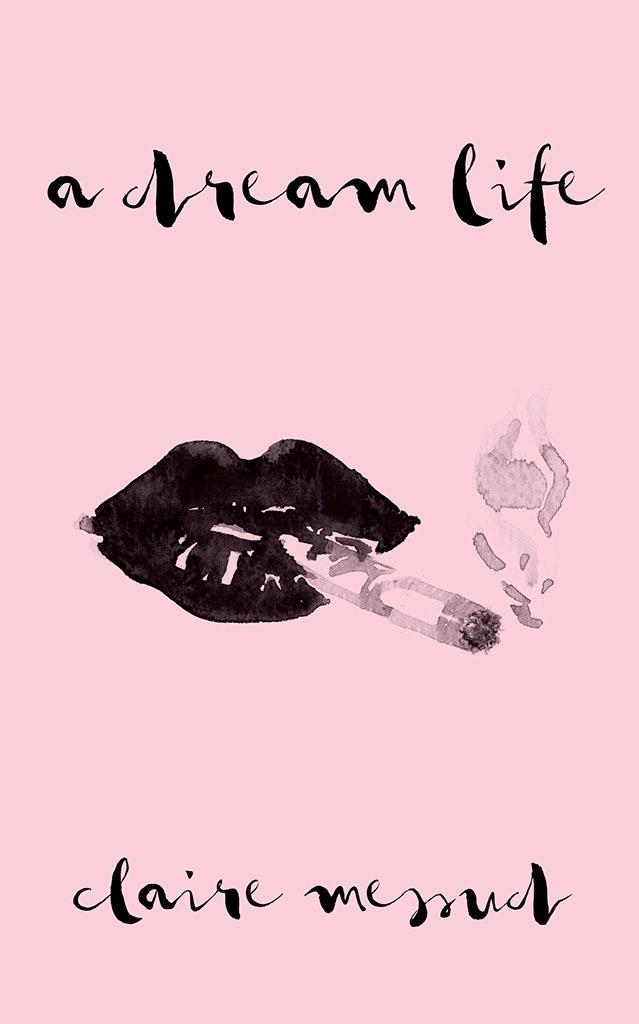 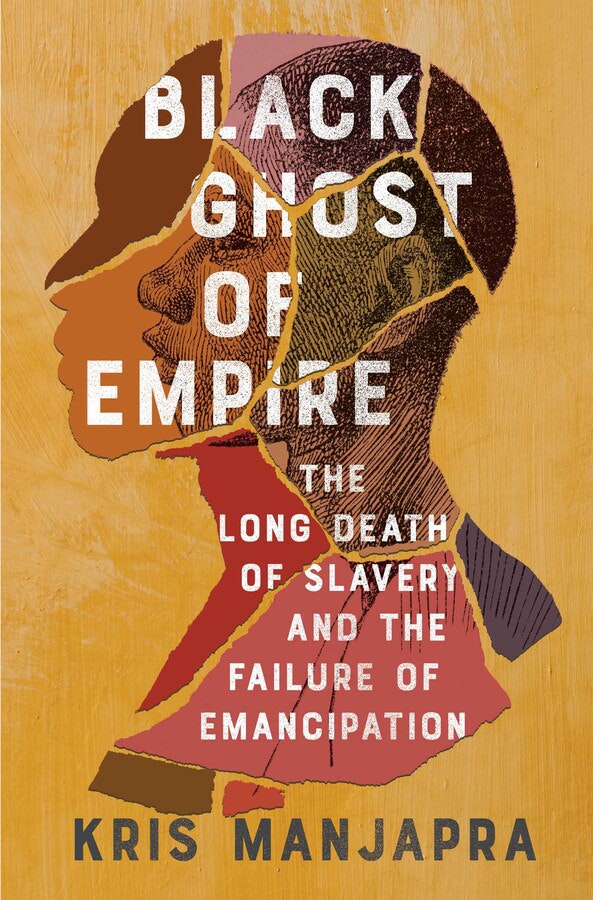 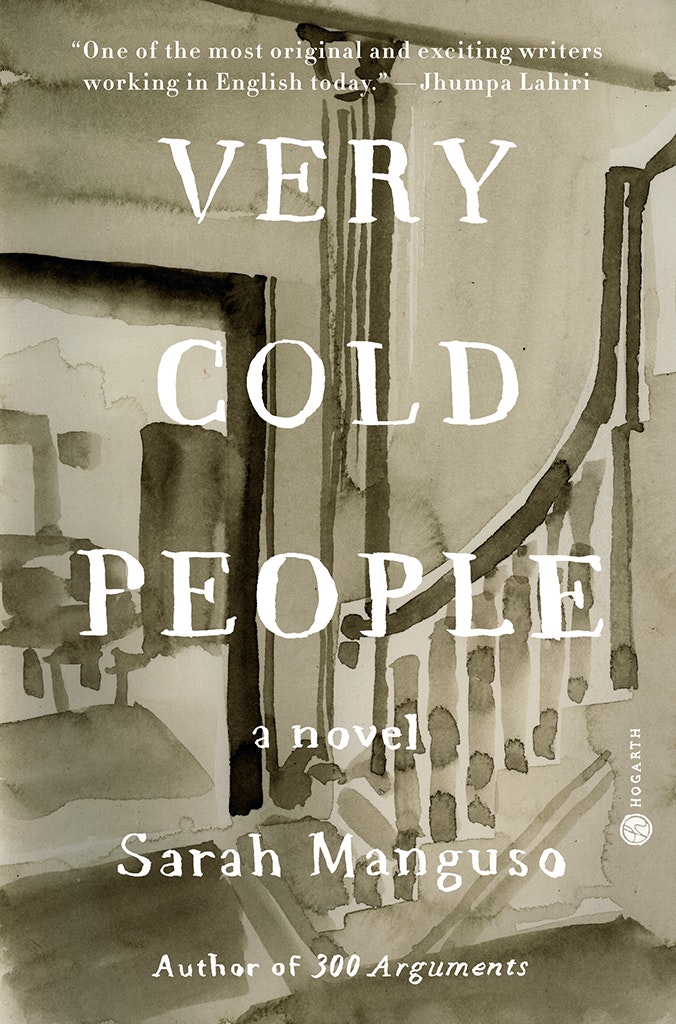 Kris Manjapra’s groundbreaking Black Ghosts of Empire shows that reparations have always been part of the history of emancipation. But across the Atlantic world, it has been slave owners who have received them. For former slaves in the United States and the Caribbean, “emancipation” has meant crippling debt, and little freedom.

Manjapra looks at emancipation across the Americas, Europe, and Africa to understand how emancipation processes influenced and changed each other. “Historians have focused, understandably, on the narratives of the abolition of slavery—on a story of endings,” he writes. But emancipation was never a single event with a clear endpoint. Instead, it often left former slaves and their descendants trapped in new forms of bondage.

In Haiti, a revolution for freedom turned the island into a “commercial colony.” In exchange for “independence,” the country found itself weighed down by debt to France, the equivalent of $37 billion dollars today. This debt forced the country to take out increasing loans, making it “laden with emancipation debt as the price for its self-liberation.”

Slave owners enriched themselves through emancipation in the United States as well. Manjapra describes how slave owners in New York State (where slavery remained legal until 1827) were paid money to keep black children as wards, even as they made them work for free. “White people who said they were being ‘robbed of their property’ could receive both a state compensation and free labor of black people for decades.”

Perhaps the most striking case is Britain’s reparations. The debts of the 1830s “would saddle nine future generations of Britons, and nine generations of the descendants of the enslaved, with the financial burden of slave-owner reparations,” Manjapra writes. Many families, including the ancestors of former Prime Minister David Cameron, received financial backing for liberating slaves. The debts were paid off in 2015.

Throughout this dire accounting, Manjapra also looks at black accounts of slavery and emancipation—accounts that were edited by whites to make them more palatable. When Mary Prince, the first black woman in Britain to petition for freedom, sought the support of the Anti-Slavery Society for her case, the group edited her testimony to make her seem more respectable.

“History’s unendings demand that we linger with the voids and not look past them. And history requires that individuals, institutions, states, and international organizations participate in reckoning with reparations for slavery,” Manjapra writes. As institutions—particularly Harvard—work to understand their own entanglements with slavery, this book would be a good place to start.

The cold in Very Cold People is no metaphor. Breath becomes “thick and soupy in the air.” A pile of snow is two-stories high. This is the environment in which Ruth, the narrator of Sarah Manguso’s novel, grows up. Ruth lives in a small house in Waitsfield, Massachusetts, with her accountant father and housekeeper mother, always aware that they are poor. Without enough money for heating, she wears a “warming sweater” over her regular sweater to avoid the frost.

The cold is also a feeling—one of suspicion and avoidance. The town is grey and sad. Colorful clothing is suspect. A sense of loss—the Lowells and Emersons of the town’s past—weighs over the town’s inhabitants. It shapes every interaction. Ruth’s family still speaks to the Lowells next door only when spoken to. A member of that family carries “apologetic superiority.”

Manguso tells this story in spare paragraphs, rarely dwelling on a single memory for more than a few lines. In earlier works of poetry, she has shown herself to choose her words carefully. In a novel, this hesitation creates an added effect of suspense. What memories will be revealed in the space between the line breaks?

It emerges slowly. A police officer comes to Ruth’s school, and rumors circulate that he has spanked a child and then kissed him. One friend has a father who likes to keep her on his lap, although everyone agrees that she has grown out of it. Being seen by men—and not knowing what to do with the gaze—is as central to the world of Waitsfield as its silence and icicles. “I’m still thirteen, I know, I don’t look it,” a girl tells Ruth. Ruth reflects, “The way she said it told us that she’d heard it so many times from so many men that it seemed as deeply a part of her as her own name.” These stories are still half-understood, rumors or suggestions. When Ruth’s gym teacher touches her and tells her she reminds him of a caterpillar who has bloomed, she does not realize the meaning of those words. “I found it sweet. I knew that, on some level, he liked me,” she thinks. Manguso’s book offers a careful reevaluation of these moments, illuminating the purposeful cloudiness that allows this behavior to continue.

“The background of my life was white and angry, with violent weather,” Ruth recalls. But like the weather, violence here remains distant, uncontrollable, swirling overhead. The friends deal with their environment in silence. One friend starts to drink, then breaks a thermometer to get at the mercury and cuts her hand with the glass. Another disappears. Everyone says that it’s suicide, but an obituary never appears in the papers. A friend brags about her half-brother, then moves away when he gets her pregnant. “All the girls in town thought they were unusual, that they were the only ones, the only weird, unlucky little ones,” thinks Ruth. Thanks to Manguso’s delicate characterization, a situation—so patent on the page—remains unclear to its central character. It is only when Ruth leaves Waitsfield that she realizes she was wrong.

Madeleine Schwartz is a regular contributor to the New York Review of Books and the New Yorker.