Running a household takes more than physical labor, and Allison Daminger is quantifying that mental load.

Allison Daminger is a leading researcher of the inequity of cognitive labor—the mental load each of us carry in a relationship, from anticipating the need to buy toilet paper to deciding which preschool to send a child—an exciting but challenging pursuit. The fact that she’s also planning a wedding doubles her mental load.

“Wedding planning has been a really interesting exercise,” she said in a recent interview.

Nine months ago, the couple agreed: Allison would project manage the wedding with her fiancé’s help, and he would project manage their honeymoon and an upcoming move. Then came her dissertation and job search after Daminger, who was the 2021–2022 Edna Newman Shapiro, Class of 1936, and Robert Newman Shapiro, Class of 1972, Graduate Student Fellow, graduated Harvard with a PhD in sociology and social policy. “I was like, this is not working,” she said.

So the couple changed things up. “He stepped up in a major way,” Daminger said. “He cares a lot about equity, but also because he knows it’s so important to me, it’s top of mind to him as well.”

The equity of labor in home life has traditionally been gauged by the amount of physical labor or chores each partner performs, from cooking and cleaning to yard work and grocery shopping. A 2012 study found this typically splits into 1.8 hours of housework by women to 1 hour for men. Daminger said the Organisation for Economic Co-operation and Development found the number closer to 1.6 or 1.7 hours for women. Results vary, but the overall findings remain constant: women work more than men at home.

Cognitive labor, however, is the mental work and worry that goes unseen, which Daminger’s research is beginning to probe. Thinking about a household’s needs, long- and short-term, is taxing work, largely thankless, and often invisible to both the person carrying the mental laundry and their partner. If unresolved, the end result is often conflict, sometimes irreparable.

“Allison’s dissertation rigorously studies a topic that’s personally familiar to many of us but hadn’t been studied by social scientists in a sustained way—all the thinking work that goes into running a household,” said Alexandra (Sasha) Killewald, Harvard Professor of Sociology and Daminger’s advisor. “Allison goes beyond showing that women in different-sex couples tend to carry the majority of the mental load in the household to probe why and how this occurs.” 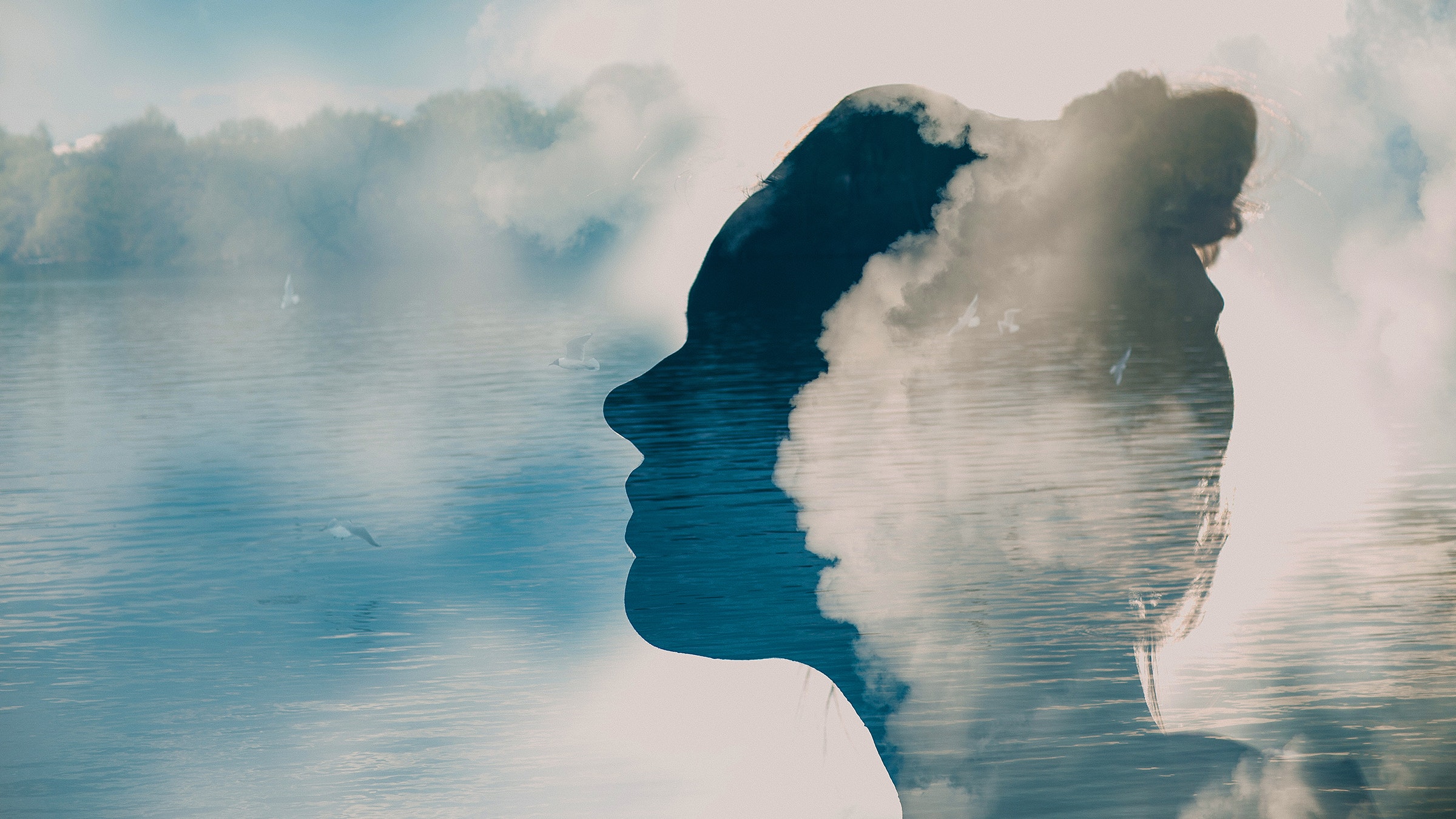 Running a household takes more than physical labor—and from online schooling to managing masks and COVID risk, women continue to do the mental planning. Daminger is studying this cognitive labor divide. Image via AdobeStock

A reader of novels, Daminger, 31, has always loved getting inside the heads of characters. Now, in her chosen field, the interviews she conducts for her research allow her to understand the motivations of the couples involved. Thus far she has conducted about 160 individual interviews, the core part of her information gathering.

“I think I’ve always been fascinated by human behavior,” she said. “I read the New Yorker, and I always want to read the profiles, and I want to study those in depth. I think it’s to some extent self-referential, where you’re sort of saying, what would I have done in that situation…

“Institutions are made up of humans, and I’m more interested on that human level. Sociologists understand how race and gender and class, and all these forces shape us, but at the end of the day, the individual is making a choice and fitting into that broader pattern, and I am just drawn to that level of analysis.”

Two main threads came together for Daminger in what she said was her aha moment. Before attending graduate school, she worked at a socioeconomic consulting firm in New York called Ideas 42, “a strange and wonderful place” that uses research insights to solve real-world problems. While there, she pursued a project focused on intergenerational poverty. One of the key texts was the book Scarcity: Why Having Too Little Means So Much (Times Books, 2013), by Sendhil Mullainathan and Eldar Shafir, research that shows how scarcity creates a distinct psychology of struggle.

“Humans have limited bandwidth when we face a scarcity of food resources, calories, time, or money due to poverty,” Daminger said. “It has some predictable effects on the brain. You sort of tunnel in on what’s most urgent and can make sort of suboptimal long-term decisions because you’re really focused on what’s at hand.”

She also began researching the “motherhood penalty,” the term used to describe the financial and career penalties women face after having a child that are based in part on biased, stereotypical views of mothers as “less-than” or preoccupied workers.

Daminger thought: What if the cognitive experience of motherhood and fatherhood are just different in ways that we haven’t been capturing in the data?

“We focus so much on time; how many hours are you working on chores, cooking, and cleaning, and we haven’t really paid as much attention to the mental experience. And if we think about our mind space—our bandwidth—as an important resource, that seems a really important piece of the equation that we’re overlooking.” 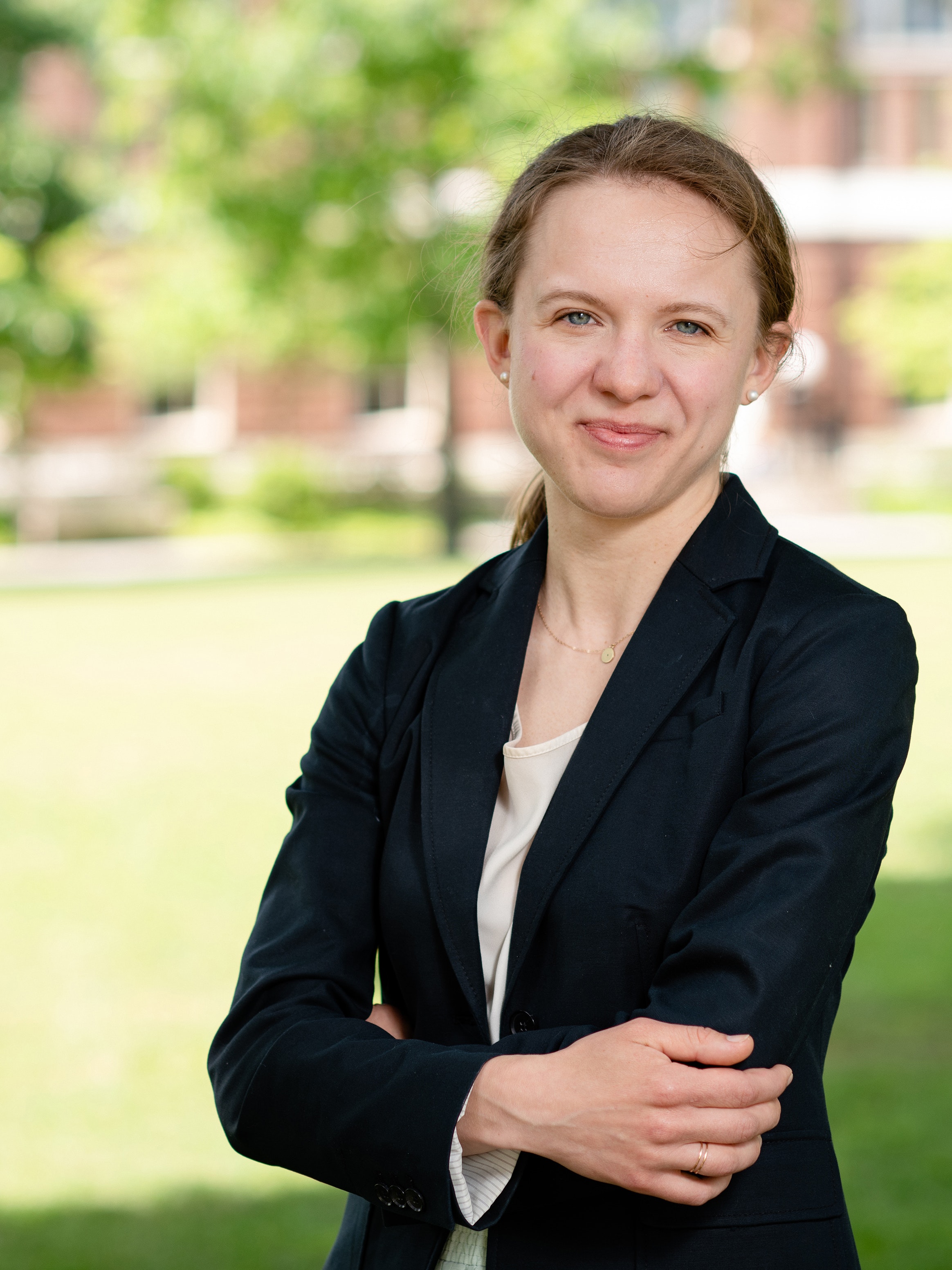 Bandwidth is an important resource, says Daminger, and we're only beginning to understand the mental load of running a household. Photo by Kevin Grady

She then had to prove it through extensive interviews of couples, all separately so the couple dynamic did not skew results.

What Daminger found was interesting. She interviewed husbands in heterosexual couples who were project managers and surgeons with strong executive function skills, but when they came home, they deferred to their wives, whom they acknowledged had a superior ability to plan and think ahead. As for the professional women she interviewed, she found that they were Type A at work and Type A at home. “She’s just [Type-A] across the board, whereas with men it’s more context specific,” Daminger said.

It’s a split that—even today—goes back to an unchanging socialization of boys and girls growing up.

“Gender is a very sticky thing, and I think it’s so baked into the media, into the models we see from our parents, into occupational structures that say that in general men do earn more money than women,” she said. “All of these factors come together to reinforce this idea that she’s responsible for home and he’s responsible for the money.”

“Most people strive for some level of fairness if not equality in how they’re allocating time. I think people haven’t been factoring the mind sharing into their calculus. It’s been part of the conversation when one partner’s feeling overburdened and frustrated. But the idea that you should sit down and try to divvy up and create systems around it is much more nascent in popular consciousness. I think that’s changing in ways that are really exciting.”

Daminger feels we are entering a golden age for this research, but it’s hard to create change. “I was really optimistic at the start of the pandemic,” she said. “But the data I have seen shows that it hasn’t happened.” From online schooling to managing masks and COVID risk, women continue to do the mental planning. She is currently working with Harvard Business School researchers on why this change did not happen. “Why did the majority stay where they were rather than moving toward greater equality?”

Daminger has been surprised by the way people are able to tolerate inequality and how they make sense of it. “Inequality is annoying, but if you’re in an otherwise happy relationship, you can metabolize it,” she said.

On her way to the University of Wisconsin–Madison to continue her research in her first professorship, she hopes to begin a more long-term, longitudinal study of the issue, maybe over 5 to 10 years. She is also writing a book on the subject for Princeton Press.

“Give me a little time…” Daminger said, glancing at her watch. She had to leave. “I’ve got a meeting with my wedding planner.”

Mac Daniel is the associate director of communications and senior editor at Harvard Radcliffe Institute.