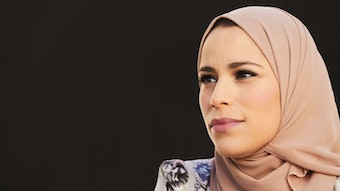 One of the leading global health and inclusive security experts of her generation, Alaa Murabit is a medical doctor, a Canadian Meritorious Service Cross recipient, a UN high-level commissioner on health employment and economic growth, and one of 17 global sustainable development goal advocates appointed by the UN secretary-general. She is the founder of CO-AGENCY, an accelerator for next-gen women’s leadership in security, peacebuilding, and policy.

During her fellowship year, Murabit is working on “Architects of Peace: Redefining the Role of Women in Today’s Growing Security Agenda,” focusing on the unique roles and leadership women have in conflict resolution and global peacebuilding. She previously founded and spearheaded the Voice of Libyan Women at the age of 21. Her TED Talk, “What My Religion Really Says about Women,” has been viewed more than 5 million times.

In 2016, Murabit became the executive director of Phase Minus 1, which provides thought leadership in conflict resolution and inclusive security. She also serves as a board member for Malala Fund. She is the recipient of over 100 honors and awards, including an Ashoka Fellowship, the Forbes 30 Under 30, and a top 20 spot, alongside Ruth Bader Ginsburg and Michelle Obama, on Apolitical’s Gender Equality Top 100. “Alaa truly embodies the spirit of a ‘Goalkeeper’—this vital next generation of leaders who are going to ensure we keep making progress on the world’s largest issues,” says Bill Gates of Murabit.

From Patriarchy To Inclusion—When Outrage Leads To Hope And Power-Sharing (Forbes, 2/2/21)