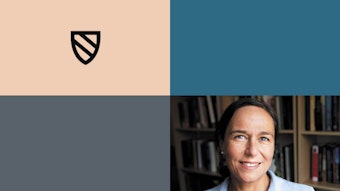 Amelia M. Glaser is an associate professor of Russian and comparative literature at UC San Diego.

While at Radcliffe, Glaser is working on a new book about literature, translation, and changing conceptions of community in Eastern Europe since the 2013–2014 Euromaidan in Kyiv.

Glaser is the author of Songs in Dark Times: Yiddish Poetry of Struggle from Scottsboro to Palestine (Harvard University Press, 2020), about leftist Yiddish poets who, in the long 1930s, wrote about the struggles of non-Jewish ethnic minorities, and of Jews and Ukrainians in Russia’s Literary Borderlands: From the Shtetl Fair to the Petersburg Bookshop (Northwestern University Press, 2012), a study of overlapping themes in Russian, Ukrainian, and Yiddish literature in the imperial Russian Pale of Settlement. She is the editor of Comintern Aesthetics (University of Toronto Press, 2020), with Steven S. Lee; Stories of Khmelnytsky: Competing Literary Legacies of the 1648 Ukrainian Cossack Uprising (Stanford University Press, 2015); and of Proletpen: America’s Rebel Yiddish Poets (University of Wisconsin Press, 2005), which she also translated, with David Weintraub.