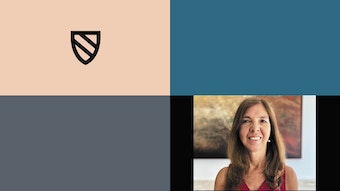 Ana Paiva is a computer science professor at Instituto Superior Técnico, Universidade de Lisboa, and is investigating the design of intelligent interactive systems by creating “social agents” that can interact with humans in a natural manner. Over the years, she has developed this field by engineering social agents that exhibit specific capabilities, including emotions, personality, culture, nonverbal behavior, empathy, and collaboration, among others. Her most recent research combines methods from artificial intelligence with social modelling to study hybrid societies of humans and machines. In particular, she is investigating how to engineer agents that lead to more pro-social and altruistic societies.

In her research at Radcliffe, Paiva is investigating the conditions and mechanisms that drive societies of agents and humans to be more pro-social. This also includes the engineering of such agents and establishing an agenda for the research area of “pro-social computing.”

Paiva earned her PhD in artificial intelligence from Lancaster University, in the United Kingdom. As coordinator of a research group on AI for people and society, she has promoted and coordinated national and international projects. She has published more than 250 papers and received multiple “best paper” awards, notably winning first place at the 2018 AAAI Conference on Artificial Intelligence’s Blue Sky Ideas Conference Track. Paiva has been a fellow of the European Association for Artificial Intelligence since 2019, was a member of the Science Europe scientific advisory board, and served on the council for the World Economic Forum’s Global Agenda in Artificial Intelligence and Robotics.