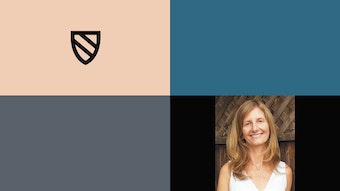 Play video
The Time of Slavery: History, Memory, Politics, and the Constitution

Ariela J. Gross is the John B. and Alice R. Sharp Professor of Law and History at the University of Southern California and codirector of the USC Center for Law, History, and Culture.

While at Radcliffe, Gross is working on a new book, “The Time of Slavery: History, Memory, Politics, and the Constitution.”

Gross is the author of numerous books, most recently Becoming Free, Becoming Black: Race, Freedom, and Law in Cuba, Virginia, and Louisiana (Cambridge University Press, 2020). Her book What Blood Won’t Tell: A History of Race on Trial in America (Harvard University Press, 2008) was a Choice Outstanding Academic Title and won the Best Book Award from the American Political Science Association Section on Race, Ethnicity, and Politics; the J. Willard Hurst Book Prize from the Law and Society Association; and the Lillian Smith Book Award. Gross is also the author of Double Character: Slavery and Mastery in the Antebellum Southern Courtroom (Princeton University Press, 2000). She has published articles on the law and politics of race and the memory of slavery in the United States and France and on the grassroots history of colorblind conservatism. She has received fellowships from the American Council of Learned Societies, the Center for Advanced Study in the Behavioral Sciences at Stanford University, the Huntington Library, the John Simon Guggenheim Memorial Foundation, and the National Endowment for the Humanities. Gross earned her PhD in history from Stanford University.