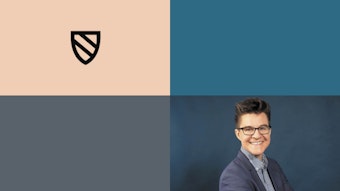 Erica Chenoweth is a Susan S. and Kenneth L. Wallach Professor at Harvard Radcliffe Institute and the Frank Stanton Professor of the First Amendment at Harvard Kennedy School. Along with Jeremy Pressman, they codirect the Crowd Counting Consortium, a public interest project that documents political mobilization in the United States during the Trump administration.

With Zoe Marks, Chenoweth is working on their next book, “Rebel XX: Women on the Frontlines of Revolution,” about the impact of women’s participation on revolutionary outcomes.

Chenoweth holds a PhD and an MA in political science from the University of Colorado and a BA in political science and German from the University of Dayton. They are the author of numerous books and articles, including Why Civil Resistance Works: The Strategic Logic of Nonviolent Conflict (Columbia University Press, 2011) with Maria J. Stephan, which won the 2013 Grawemeyer Award for Ideas Improving World Order and the 2012 best book award from the American Political Science Association. Chenoweth's most recent book is Civil Resistance: What Everyone Needs to Know (Oxford University Press, 2021). Their research has been featured in the Boston Globe, the Christian Science Monitor, the Economist, Foreign Affairs, Foreign Policy, the New Yorker, the New York Times, NPR’s Morning Edition, TEDxBoulder, the Washington Post, and elsewhere. They cohost the award-winning blog Political Violence @ a Glance, host the blog Rational Insurgent, and blog occasionally at the Monkey Cage.

Revenge of the Patriarchs (Foreign Affairs, 3/22)

What Would Be Signs Protests in Russia Are Making a Difference? (Harvard Gazette, 3/13/22)