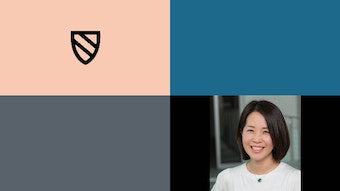 Eun-Ah Kim is a professor of physics at Cornell University. She is one of the leading experts in the theory of emergent phenomena in quantum materials and a pioneer in applying machine learning to quantum matter data. She thinks of her research as a study of societies—societies of electrons. Quantum mechanics allows for endless possibilities of rich and complex “social phenomena” that manifest through material properties. But because quantum mechanics forbids the tracking of individual electrons, the electron societies are mystical. Recent decades have seen experimental and theoretical data revolutions that can help us understand the mystical “societies” of quantum matter.

As a Radcliffe fellow, Kim plans to take the next leap and target two unprecedented forms of data: curated databases of materials and Rydberg programmable quantum simulator data. She will collaborate with theorist and experimentalist colleagues at Harvard to develop a web-based tool to guide the design of artificial interfaces and to develop machine-learning tools to interpret quantum snapshots from quantum simulators.

Kim obtained her PhD at the University of Illinois at Urbana-Champaign in 2005 and was a postdoctoral fellow at the Stanford Institute for Theoretical Physics. She has been at Cornell since 2008. She received a Faculty Early Career Development (CAREER) Program award from the National Science Foundation in 2010 and another award from the Department of Energy Early Career Research Program in 2013. Kim was named a fellow of the American Physical Society in 2020.