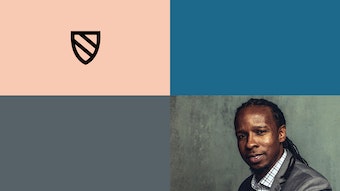 Ibram X. Kendi is the Andrew W. Mellon Professor in the Humanities at Boston University and the director of the BU Center for Antiracist Research. Kendi is a contributing writer at the Atlantic and a CBS News correspondent. He is the author of The Black Campus Movement: Black Students and the Racial Reconstitution of Higher Education, 1965–1972 (Palgrave Macmillan, 2012), which won the W.E.B. Du Bois Book Prize; Stamped from the Beginning: The Definitive History of Racist Ideas in America (PublicAffairs, 2016), which won the 2016 National Book Award for Nonfiction; and the New York Times number-one best-seller, How to Be an Antiracist (One World, 2019).

During his fellowship year, Kendi is working on a historical monograph tentatively titled “Bones of Inequity: A Narrative History of Racist Policies in America.”

Kendi has published 14 academic essays in books and academic journals and op-eds in such periodicals as Black Perspectives, the Chronicle of Higher Education, Diverse: Issues in Higher Education, the Guardian, the New York Times, the Paris Review, Salon, Time, and the Washington Post. He has received research fellowships, grants, and visiting appointments from a variety of institutions, including the American Historical Association, Brown University, Duke University, the Library of Congress, the National Academy of Education, Princeton University, the Rutgers Center for Historical Analysis, and UCLA. In 2019, Kendi—who earned his PhD at Temple University—was awarded the prestigious Guggenheim Fellowship and honored as number 15 on The Root 100.