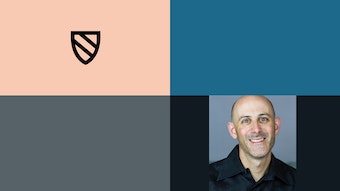 Ira Dworkin is an associate professor of English at Texas A&M University. His work examines the transnational political histories of African American literature and culture. He is the author of Congo Love Song: African American Culture and the Crisis of the Colonial State (University of North Carolina Press, 2017), which was a finalist for the Pauli Murray Book Prize of the African American Intellectual History Society.

During his fellowship year, Dworkin is writing “’Imperfectly Known’: Nicholas Said and the Routes of African American Narrative,” a book that examines the ways that the intellectual and political culture of Borno, in northeast Nigeria, shaped Black literary culture in the United States during the 18th and 19th centuries. Focusing on the writings of Said, who came to the United States after his manumission in Europe and who soon thereafter fought in the Civil War, Dworkin’s book broadly considers the relationship of African and Islamic intellectual networks to Black knowledge production in North America.

Dworkin earned his PhD at the Graduate Center of the City University of New York. He was awarded a Fulbright fellowship at the Université de Kinshasa, in the Democratic Republic of the Congo, and served as associate director of the Center for American Studies and Research at the American University in Cairo, in Egypt. He is the editor of Daughter of the Revolution: The Major Nonfiction Works of Pauline E. Hopkins (Rutgers University Press, 2007) and Narrative of the Life of Frederick Douglass, an American Slave (Penguin Classics, 2014).