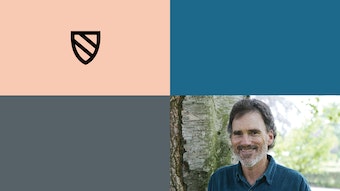 Play video
They Never Can Jail Us All

Michael K. Honey, a former southern civil liberties organizer, is a scholar of African American, labor, and civil rights history and of nonviolence and Martin Luther King Jr. He is the Fred and Dorothy Haley Professor of Humanities at the University of Washington Tacoma and a graduate of Oakland, Howard, and Northern Illinois Universities.

Written from the perspective of a first-person organizer as well as of a historian, “They Never Can Jail Us All: Repression, Resistance, and the Freedom Struggle, a Memoir and History (1960–1976)” takes us into jails, into struggles against repressive laws and police violence, and into campaigns to free Angela Davis and all political prisoners—asking throughout, What is past and what is present in the struggle to be free?

Honey’s work includes, most recently, the books To the Promised Land: Martin Luther King and the Fight For Economic Justice (W. W. Norton, 2018) and Sharecropper’s Troubadour: John L. Handcox, the Southern Tenant Farmers’ Union, and the African American Song Tradition (Palgrave Macmillan, 2013) and the film Love and Solidarity: Rev. James Lawson and Nonviolence in the Search for Workers’ Rights (Bullfrog Films, 2016). His work has earned support from such institutions as the John Simon Guggenheim Memorial Foundation, the Rockefeller Foundation, and the Simpson Center for the Humanities, among others, along with multiple book awards from the Organization of American Historians, Robert F. Kennedy Human Rights, and the Southern Historical Association. Honey has lectured internationally and written for popular magazines, newspapers, and historical journals.

Civil Rights Author Discusses His Past and the Future of Racial Justice Activism (Harvard Crimson, 10/29/20)