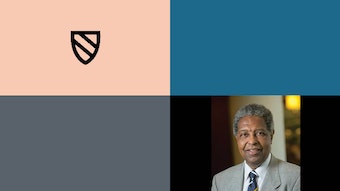 William A. (Sandy) Darity Jr. is the Samuel DuBois Cook Professor of Public Policy, African and African American Studies, and Economics and the director of the Samuel DuBois Cook Center on Social Equity at Duke University. He has served as chair of the Department of African and African American Studies and was the founding director of the Research Network on Racial and Ethnic Inequality at Duke. Darity’s research focuses on inequality by race, class, and ethnicity; schooling and the racial achievement gap; North-South theories of trade and development; skin shade and labor market outcomes; the economics of reparations; the Atlantic slave trade and the Industrial Revolution; the history of economics; and the social psychological effects of exposure to unemployment.

In 2005, Darity launched the subspecialty of stratification economics, and he is now writing a manuscript that explores its theoretical framework, empirical foundations, antecedents, and innovative implications.

Darity is the 2022 W. E. B. Du Bois Fellow of the American Academy of Political and Social Science, and he became a fellow of the National Academy of Social Insurance in 2021. His most recent book, From Here to Equality: Reparations for Black Americans in the Twenty-First Century (University of North Carolina Press, 2020), coauthored with A. Kirsten Mullen, received the inaugural ASALH Book Prize, a Lillian Smith Book Award, the American Book Fest Best Book Award in Social Change, and the Ragan Old North State Award Cup for Nonfiction. Darity earned his PhD in economics from the Massachusetts Institute of Technology.