Neither a Borrower nor a Lender Be: Homage, Appropriation, and Influence 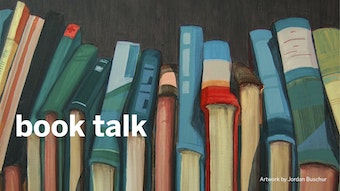 Margot Livesey RI ﻿'13 will deliver this year's Julia S. Phelps Annual Lecture in Art and the Humanities, and introductory remarks will be given by Claire Messud RI '05.

I spent the year after graduation from university travelling around Europe and North Africa and writing a novel: "The Oubliette." Shortly before my 22nd birthday, I sat down to read my hard-won pages and discovered that I had written a novel bad in more ways than can easily be imagined. I had entirely failed to be influenced by many years of ardent reading. Since that time I’ve had ample opportunity to ponder not the anxiety of influence but the difficulty thereof. A long continuum stretches from the mildest case of influence—Anselm Kiefer, for instance, nodding towards his teacher Joseph Beuys—to the most extreme cases of homage or borrowing—Jane Smiley transposing King Lear to a farm in Iowa. (Shakespeare famously borrowed that plot from an earlier play, also called King Lear.)

More recently, my long fascination with questions of influence, borrowing, and homage have taken on new urgency as I worked on my most recent novel, The Flight of Gemma Hardy—a reimagining of Jane Eyre set in 1960s Scotland. I’ll be talking about some of the choices I made in writing my novel and about what I think we can gain (and lose) by borrowing from our fellow artists—present and posthumous.

The Julia S. Phelps Annual Lecture in Art and the Humanities was established to honor the late Julia S. Phelps, longtime instructor in the Radcliffe Seminars, and is supported by the generous contributions of her family, friends, and colleagues.