Equitable Readiness: Reimagining the Role of the Public Sector in the Wake of COVID-19 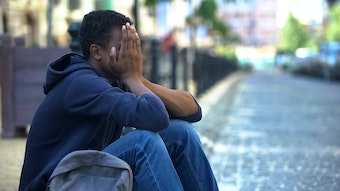 What should the “new normal” look like? With the COVID-19 crisis highlighting long-standing social disparities and vast inequities, some argue that now is the time to imagine an adaptive public health infrastructure that can readily respond to this and future epidemics. In this Radcliffe webinar, leading scholars and practitioners engage in a conversation about how to leverage the policy opportunities the epidemic presents for bold changes that could support a sustained and equitable public health response.

María Belén Power grew up in a bicultural family in Nicaragua, the second poorest country in the western hemisphere, in the aftermath of a revolution. This, coupled with her work as an organizer in migrant communities, has informed her understanding of social justice and the need for systemic change, and her work organizing with undocumented immigrants, day laborers, and public housing tenants has deepened her understanding of economic, social, and environmental issues. Power oversees GreenRoots’ environmental justice campaigns and supports the work of the organizing team. She represents GreenRoots in the Green Justice Coalition of the Greater Boston area and in national movements for environmental and climate justice. She also serves on the board of directors of the Student Immigrant Movement. Power recently completed her master’s degree in public policy at Tufts University’s Department of Urban and Environmental Policy and Planning as a Neighborhood Fellow and successfully completed a yearlong certificate program in nonprofit management and leadership at Boston University Questrom School of Business.

Sara Bleich is a professor of public health policy at the Harvard T.H. Chan School of Public Health in the Department of Health Policy and Management. She is also the Carol K. Pforzheimer Professor and social sciences advisor at the Radcliffe Institute for Advanced Study and a member of the faculty at the Harvard Kennedy School of Government. Her research provides evidence to support policies to prevent obesity and diet-related diseases, particularly among populations at higher risk. Bleich is the past recipient of several awards, including one for excellence in public interest communication. She was appointed as a White House Fellow (2015–2016), where she was a senior policy advisor to the US Department of Agriculture and the First Lady’s Let’s Move initiative. She is currently an appointed member of the National Academies of Sciences, Engineering, and Medicine’s Roundtable on Obesity Solutions. Bleich holds degrees from Columbia (BA, psychology) and Harvard (PhD, health policy) Universities.

Janet Rich-Edwards is an epidemiologist focused on the intersection of a woman’s health and that of her children, investigating social and biological pathways through which health and disease processes develop. She is a codirector of the science program at the Radcliffe Institute, an associate professor of medicine at Harvard Medical School, director of developmental epidemiology for the Connors Center for Women’s Health and Gender Biology at Brigham and Women’s Hospital, an associate professor in the department of epidemiology at the Harvard T.H. Chan School of Public Health, and a codirector of the Reproductive, Perinatal, and Pediatric Epidemiology track at the Harvard T.H. Chan School of Public Health, where she directs an advanced course in reproductive epidemiology. Her research has highlighted how the physical development of young women presages both their fertility and their risk of metabolic disorders and has helped to establish inverse associations of birth weight with cardiovascular disease and diabetes, for example. Rich-Edwards earned an MPH from the University of North Carolina and an SCD from the Harvard T.H. Chan School of Public Health.

Daniel Carpenter, who directs the social sciences program at the Radcliffe Institute, is the Allie S. Freed Professor of Government in the Faculty of Arts and Sciences at Harvard University. He combines theoretical, historical, statistical, and mathematical analyses to examine the development of political institutions, particularly in the United States, focusing on public bureaucracies and government regulation—particularly the regulation of health and financial products. Carpenter recently launched a long-term project examining petitioning in North American political development, comparing it to petitioning histories in Europe and India. His book The Forging of Bureaucratic Autonomy: Reputations, Networks, and Policy Innovation in Executive Agencies, 1862–1928 (Princeton University Press, 2001) won the American Political Science Association’s Gladys M. Kammerer Award and the Charles H. Levine Memorial Book Prize of the International Political Science Association; and Reputation and Power: Organizational Image and Pharmaceutical Regulation at the FDA (Princeton University Press, 2010), the Allan Sharlin Memorial Award from the Social Science History Association. He received his doctorate in political science from the University of Chicago.