A cocurator of Out for Blood previews the exhibition, which charts the 100-year path from marriage hygiene to menstrual equity. 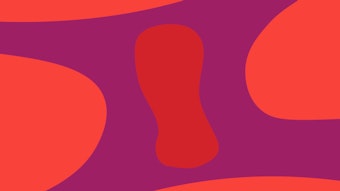 Like many of our Schlesinger Library colleagues, many women will remember hiding pads or tampons up their sleeves on the way to school or work bathrooms. Out for Blood: Feminine Hygiene to Menstrual Equity helps us understand why.

The exhibition—which will be on display in the Schlesinger’s Lia and William Poorvu Gallery from April 4, 2022, to October 1, 2022—showcases items from the Library’s collections that tell the story of the selling of feminine hygiene, a euphemistic concept from the early 20th century that promoted the idea that women must maintain sanitary cleanliness inside and out. The Health and Hygiene Pamphlet Collection, a collection greatly strengthened by Marylène Altieri, the Library’s curator of books and printed materials, documents the various cures and products sold over the past 100 years and makes apparent the connection between the silence surrounding menstruation—still alive today—and the marketing of products such as early disposable menstrual pads, sold as a female hygienic secret in a plain wrapper with no mention of menstruation.

As Library staff members informally discussed ideas for the exhibit, we shared our disbelief at what was once described as the need for “marriage hygiene” in the promotion of harsh antiseptics such as Zonite or Lysol to sanitize both vaginas and the household bathroom. Menstrual cleanliness, vaginal health, and various female cures could all be accomplished through the latest menstrual pad shape or absorbency power or deodorizing cleanser that would eliminate the worrisome possibility of leaks and odors. We all recognized the ubiquitous pamphlets depicting female social expectations of the 20th century, with pictures of young girls in jeans transformed at puberty into dainty young women in pastel dresses and the later pamphlets with girls in shorts next to soccer balls. 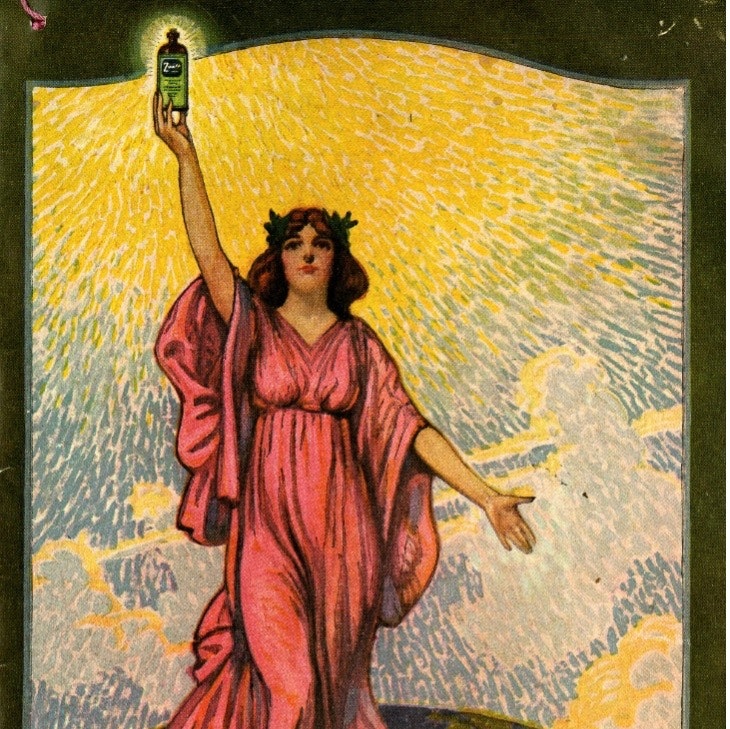 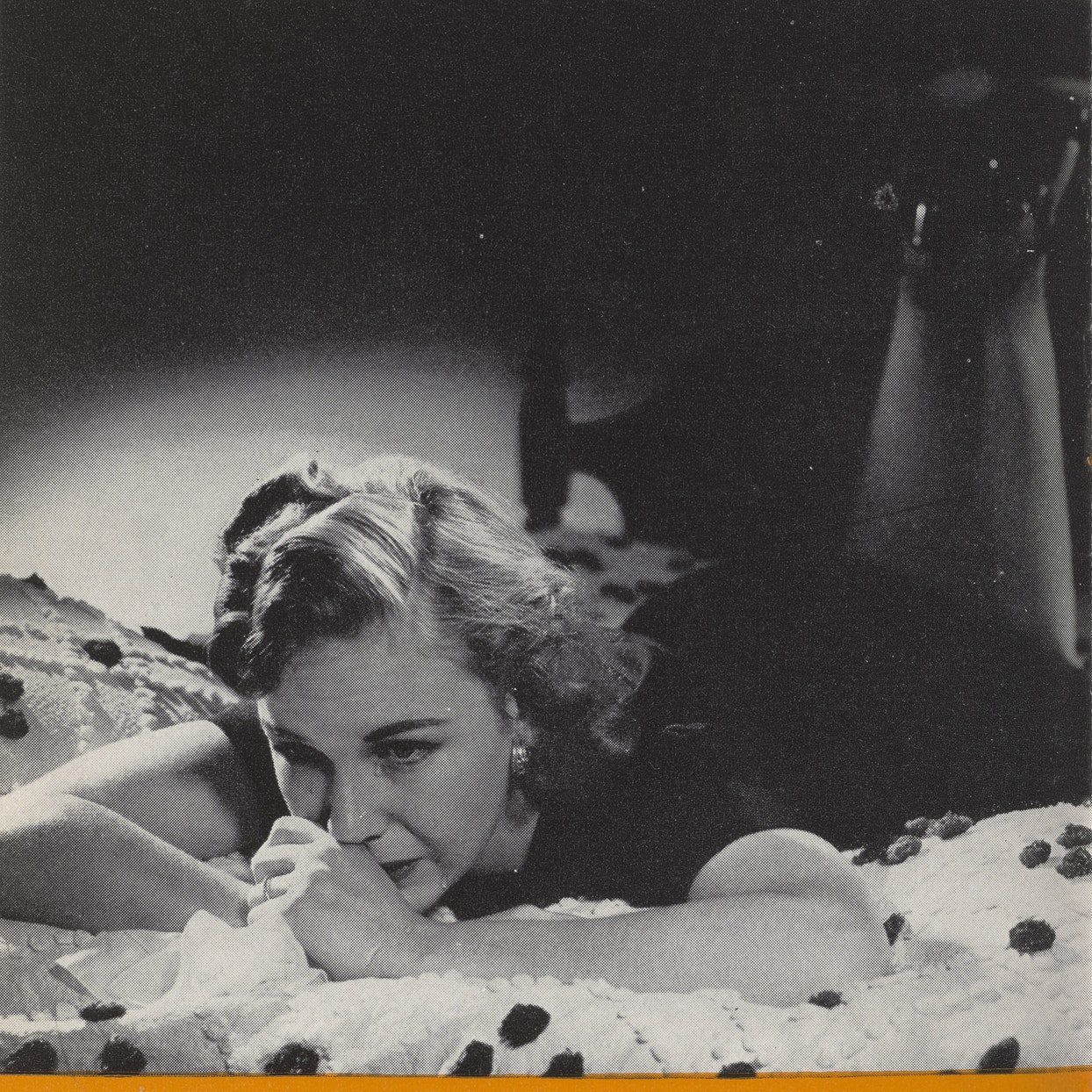 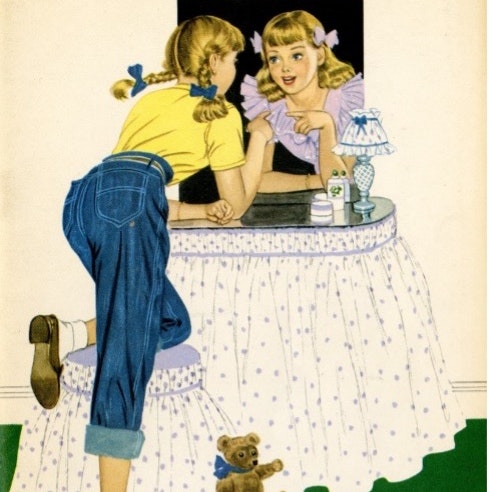 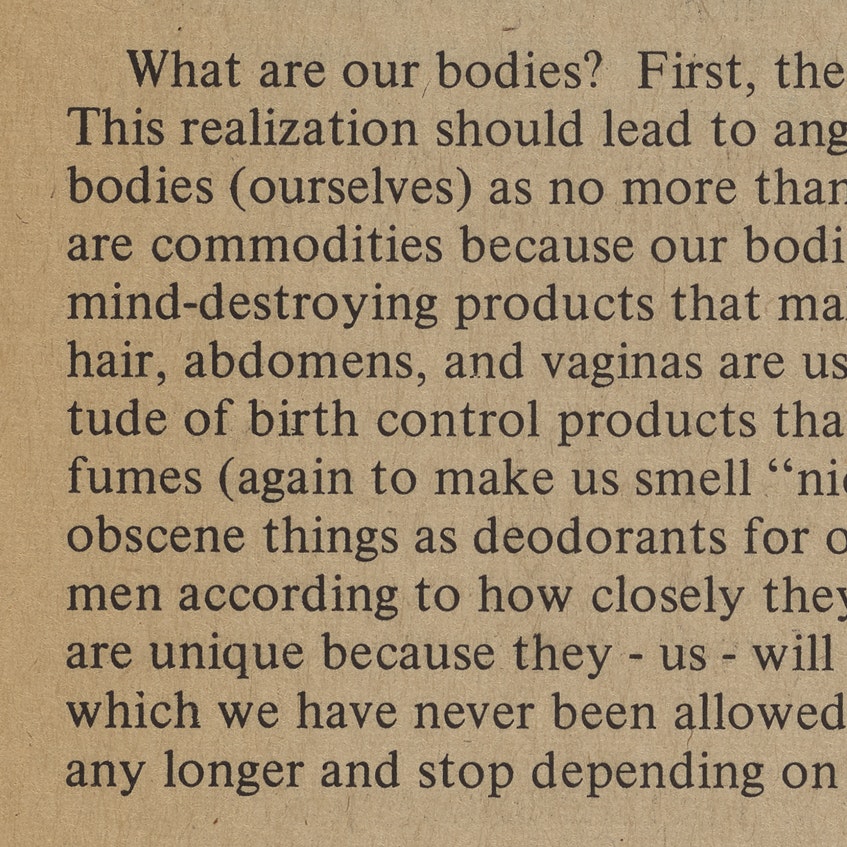 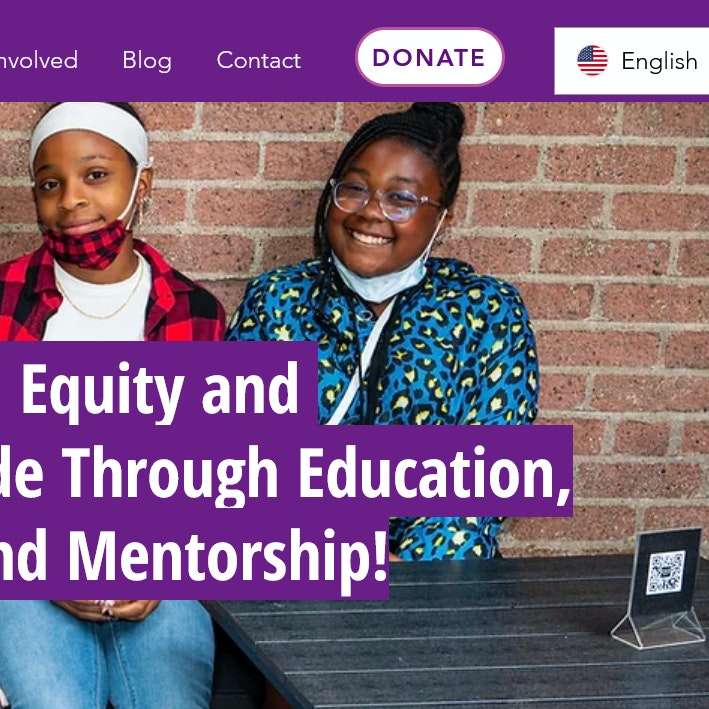 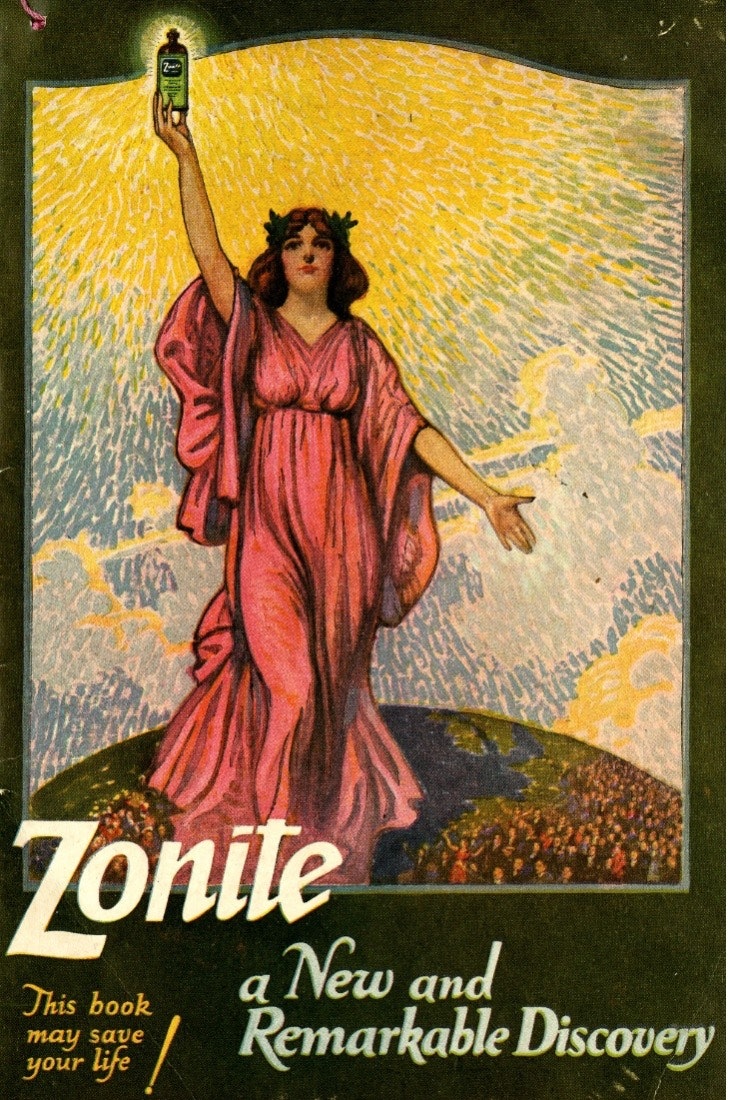 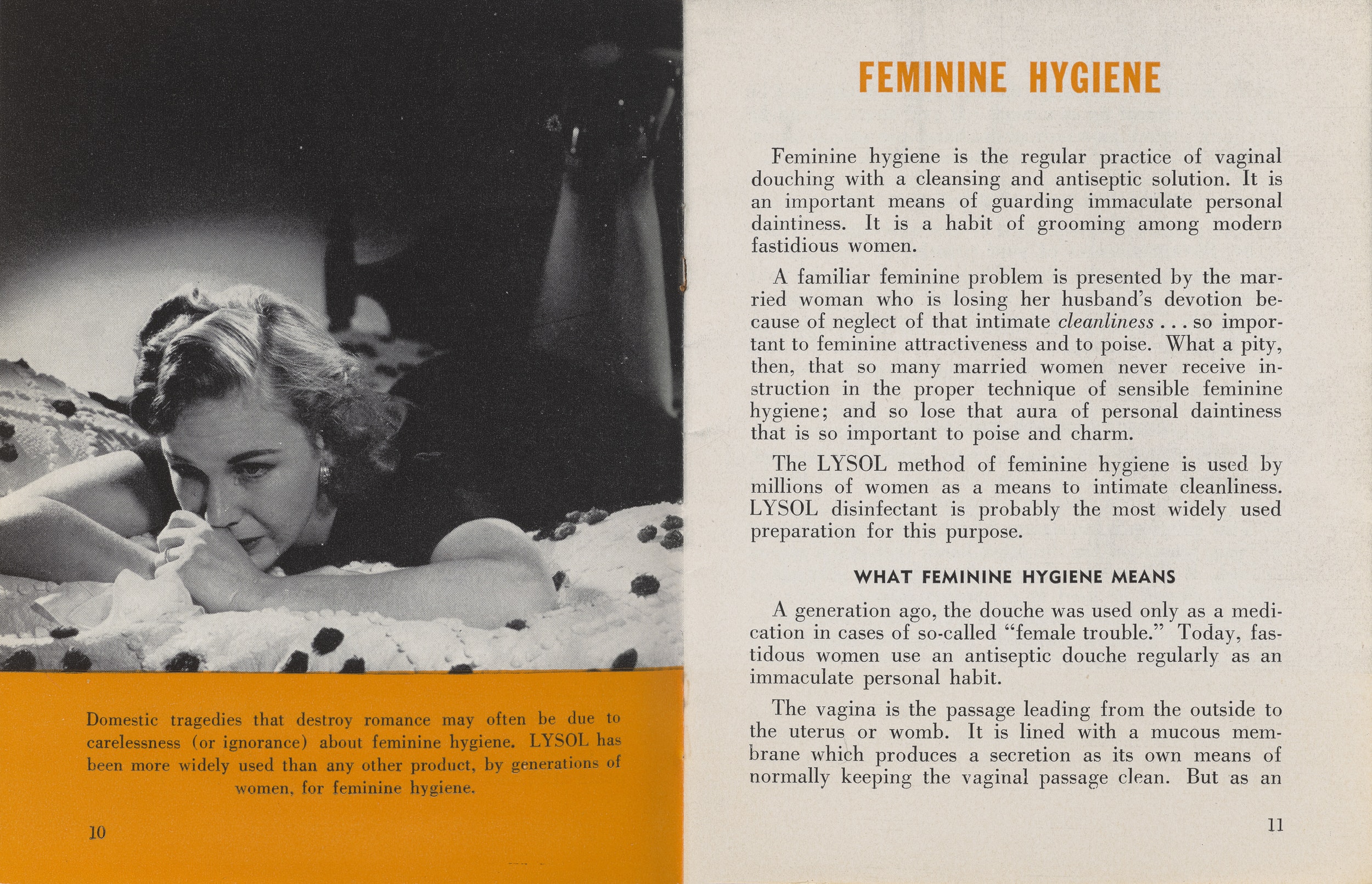 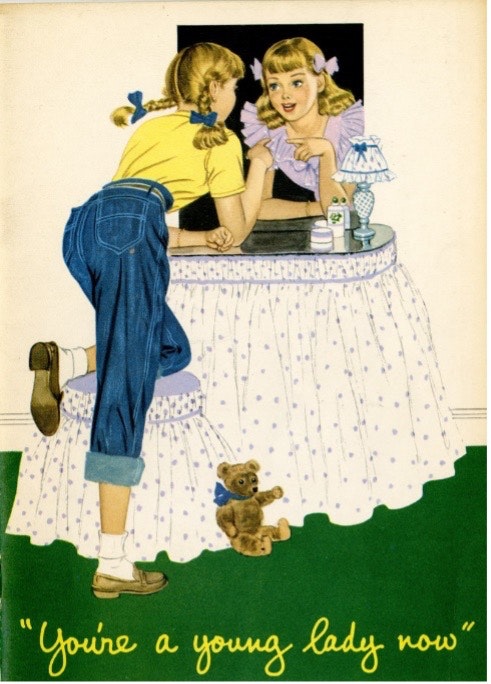 We encourage visitors to bring a donation of a period product, which will be donated to Love Your Menses, a community-based organization based in Mattapan that is working to end period stigma and to make menstruation equitable for all through community conversations, evidence-based menstrual health education, youth programming, resource connection, and mentorship.

In our planning discussions, we drew from Schlesinger collections that inform this history. The familiar “You’re A Young Lady Now” pamphlets give way to the feminism of the Boston Women’s Health Book Collective’s Our Bodies, Ourselves, a self-affirming guide to women’s bodies first published in 1970 and a leading presence in women’s health activism. The narrative deepens with the inclusion of Nan Robertson's writing on the emergence of toxic shock syndrome, the feminist poetry of Adrienne Rich and Pat Parker, and the art of Judy Chicago. Today's menstrual equity movement brings the exhibition to the present moment, highlighting the movement's work educating against silence and stigma and advocating for equitable access to safe products for all menstruators.

This video from period.org, titled "The Red Plague," calls for an end to euphemisms that contribute to period stigma. Another video from the organization will display in the Poorvu Gallery's nook.