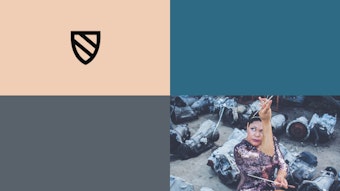 Eschewing the collection of traditional titles that describe single elements of her body of work, the self-proclaimed “new renaissance artist” working under the name The Honourable Elizabeth A. Baker embraces a constant stream of change and rebirth in practice. Her artistic output expands into a variety of media and is chiefly an exploration of how sonic and spatial worlds can be manipulated to personify a variety of philosophies and principles.

During her fellowship, Baker plans to expand the scope of her “Field Studies” project, which invites participants to consider an improvisational performance experience in which a human performer is an equal collaborator alongside all object elements and/or characters within a naturally occurring soundscape; likewise, the performer enters the space with an intention of channeling and interacting with nature rather than exploiting the features of the soundscape in an act of “artistic manipulation.” Through dismantling the human-centered narrative, this project seeks to foster dialogue and act as revolutionary resistance against systemic inequity, which leads to the oppression and exploitation of others. Publicly accessible sound maps, videos, and interviews will be an integral part of Baker’s creative output as she expands the project.

Baker has received international recognition from press, scholars, and the public for her conceptual compositions and commitment to inclusive programming. “Perhaps Baker will be the Pauline Oliveros of her generation, and perhaps she will be more than that,” said Fanfare magazine in fall 2019.