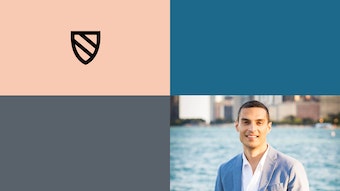 Play video
Latinx Modernism and the Spirit of Latinoamericanismo

John Alba Cutler is an associate professor of English and Latinx studies at Northwestern University, where he researches and teaches courses about US Latinx literatures, the US-Mexico border, print culture, and multiethnic American poetry. He is the author of Ends of Assimilation: The Formation of Chicano Literature (Oxford University Press, 2015) and of articles in such venues as American Literary History, American Literature, Aztlán: A Journal of Chicano Studies, the Los Angeles Review of Books, and MELUS.

At the Radcliffe Institute, Cutler will be working on a new book examining the prodigious literary archive of early-20th-century Spanish-language newspapers in the United States. Newspapers in Latinx communities from New York to San Diego published tens of thousands of poems, short stories, chronicles, and serialized novels. These works show how Latinx communities grappled with the collision of Latin American and US modernities long before the advent of what we think of as “modern” Latinx literature.

Cutler earned a PhD from UCLA in English before accepting an appointment at Northwestern. In 2013, he was awarded a Weinberg College Distinguished Teaching Award, and in 2016–2017, he was a faculty fellow at the Alice Kaplan Institute for the Humanities. In addition to the Radcliffe fellowship, he has been awarded a fellowship from the American Council of Learned Societies for 2020–2021.