When “Stay at Home” Isn’t Safe: Domestic Violence during COVID-19 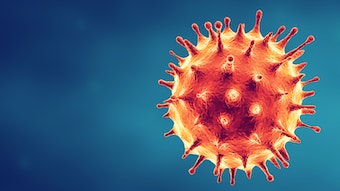 Although communities have been asked to stay home to stay safe, home is a dangerous place when you face domestic abuse. Spikes in intimate partner violence (IPV) and child abuse have been noted across the country and around the world since the onset of the COVID-19 stay-at-home directives as victims and witnesses of IPV and child abuse find themselves isolated within their homes and confronted with difficult decisions about when and how to seek care or shelter. In this Radcliffe webinar, scholars, public officials, community activists, and medical professionals join to discuss domestic violence in the midst of this public

Jacquelyn C. Campbell is a professor and the Anna D. Wolf Chair at Johns Hopkins University School of Nursing. Her major area of research is violence against women and associated physical and mental health outcomes, including intimate partner homicide, traumatic brain injury, chronic pain, HIV/AIDS, and abuse during pregnancy. Campbell is committed to the collaborative development and testing of interventions for women exposed to violence in the health care, VA, advocacy, and judicial systems in the United States and globally. She developed and tested the Danger Assessment tool that gauges risk of domestic violence lethality and collaborated on evaluating interventions based on it, interventions that can help end health inequities for marginalized women. Campbell has mentored a group of interdisciplinary scholars in research on violence against women; they have collaborated in conducting more than 12 research studies and producing more than 250 publications and seven books, including Assessing Dangerousness: Domestic Violence Offenders and Child Abusers, Third Edition (Springer Publishing Company, 2017) and Family Violence and Nursing Practice, Second Edition (Springer Publishing Company, 2010). Campbell earned a PhD at the University of Rochester. She is a Maryland registered nurse and a fellow of the American Academy of Nursing.

Melissa R. DuBose is an associate judge in the Rhode Island Judiciary’s District Court. Currently sitting in Kent County, DuBose presides over a hybrid criminal and civil calendar. As part of the latter, she considers a large volume of pro se petitions filed by parties seeking domestic restraining orders in addition to motions filed by parties to vacate said orders. Prior to being appointed to District Court in 2019, she served as senior legal counsel at Schneider Electric specializing in corporate compliance, ethics, and fair trade. A lifelong Rhode Islander, she earned her BA in political science from Providence College and served over a decade as a Providence Public Schools history teacher. While teaching full time, she went on to earn her JD from Roger Williams University School of Law. Upon earning her law degree, she was appointed special assistant attorney general and assigned to the criminal division. As a prosecutor, she had extensive experience in prosecuting domestic violence cases and working with survivors of domestic violence and advocacy groups. DuBose lives in Providence with her partner and two sons.

Sharon Imperato is a licensed mental health counselor who is trained in rape crisis in the Commonwealth of Massachusetts, where she has been working in the field of sexual trauma for almost 20 years. She is the clinical innovation projects and training director at the Boston Area Rape Crisis Center; in this position, she collaborates with other professionals and organizations to develop transformative experiences for survivors of sexual violence. Imperato is also an experienced trainer and has facilitated trainings on such topics as how to appropriately respond to disclosures of sexual violence; advanced clinical skills; and the dynamics of male sexual victimization and treatment for groups as varied as students, military personnel, law enforcement, clinicians, advocates, and other professionals.

Neena McConnico, who is the program director for the Child Witness to Violence Project at Boston Medical Center and an adjunct lecturer at the Harvard Graduate School of Education, has extensive experience working with underserved populations as a mental health provider and teacher in early childhood, elementary, and college settings. She has also worked with schools and early childhood education systems to create and implement trauma-informed practices and systems of care. McConnico, who has made it her mission to advocate for and uplift marginalized youth and families who have experienced adversity, has served as a panelist and provided testimony for state hearings and congressional briefings and has also consulted on the Boston Defending Childhood Initiative, helping to plan and implement citywide initiatives focused on coordinated responses to violence exposure. McConnico has published and provided trainings to cross-disciplinary entities on the local, state, and national levels on the impacts of violence exposure on children; vicarious, historical, and systemic trauma; and promoting resilience. She received the 2015 Women of Excellence Award from Massachusetts Youth Villages. McConnico earned a doctoral degree in clinical psychology, is a licensed mental health counselor, and holds a dual bachelor’s degree in psychology and early childhood education.

Janet Rich-Edwards is an epidemiologist focused on the intersection of a woman’s health and that of her children, investigating social and biological pathways through which health and disease processes develop. She is a faculty codirector of the science program at the Radcliffe Institute, an associate professor of medicine at Harvard Medical School, director of developmental epidemiology for the Connors Center for Women’s Health and Gender Biology at Brigham and Women’s Hospital, an associate professor in the department of epidemiology at the Harvard T.H. Chan School of Public Health, and a codirector of the Reproductive, Perinatal, and Pediatric Epidemiology track at the Harvard T.H. Chan School of Public Health, where she directs an advanced course in reproductive epidemiology. Rich-Edwards’s epidemiology analyses, the fruit of collaborative teams, draw from large cohorts. She founded two new cohorts within the Nurses’ Health Study II and cofounded a subcohort of 68,000 nurses with data on physical, sexual, and emotional abuse, which has enabled unique analyses of the impact of childhood abuse on chronic disease outcomes. Rich-Edwards earned an MPH from the University of North Carolina and an SCD from the Harvard T.H. Chan School of Public Health.