The Institute awarded the Captain Jonathan Fay Prize to three graduating seniors whose theses reflect the most insightful original research and creative work among their class: Alessandra Canta, Frances Hisgen, and Sally O’Keeffe.

Today, the Radcliffe Institute for Advanced Study is pleased to announce the 2021 recipients of the Captain Jonathan Fay Prize. The three winners were selected from among 74 Harvard College seniors awarded the Thomas Temple Hoopes Prize by the Faculty of Arts and Sciences this year.

Hoopes Prize recipients are recognized for their exceptional undergraduate projects. The work of the Fay Prize winners are drawn from this group and are, in the opinion of a selection committee made up of senior Harvard Faculty members, the most outstanding imaginative works or pieces of original research in any field.

In previous years, the prize has been awarded at a gathering cohosted by the Institute and Harvard College. This year—for the second time in the prize’s history—students remain scattered because of the coronavirus pandemic, so Tomiko Brown-Nagin, dean of Harvard Radcliffe Institute, Daniel P.S. Paul Professor of Constitutional Law at Harvard Law School, and a professor in Harvard’s Department of History, reached out to each winner to deliver the news and her congratulations.

“Alessandra Canta, Frances Hisgen, and Sally O’Keeffe show tremendous insight, creativity, and scholarly rigor in their theses,” said Dean Brown-Nagin. “Although Radcliffe no longer confers undergraduate degrees, the Institute remains committed to supporting excellence in undergraduate scholarship. I will add that it is especially notable and welcome to see three young women receive this high honor. Radcliffe College’s legacy is alive and well.”

Alessandra Canta, a joint concentrator in chemistry and astrophysics, was honored for “Unlocking the Key to Life: Observation and Formation of Nitriles in Protoplanetary Disks.” 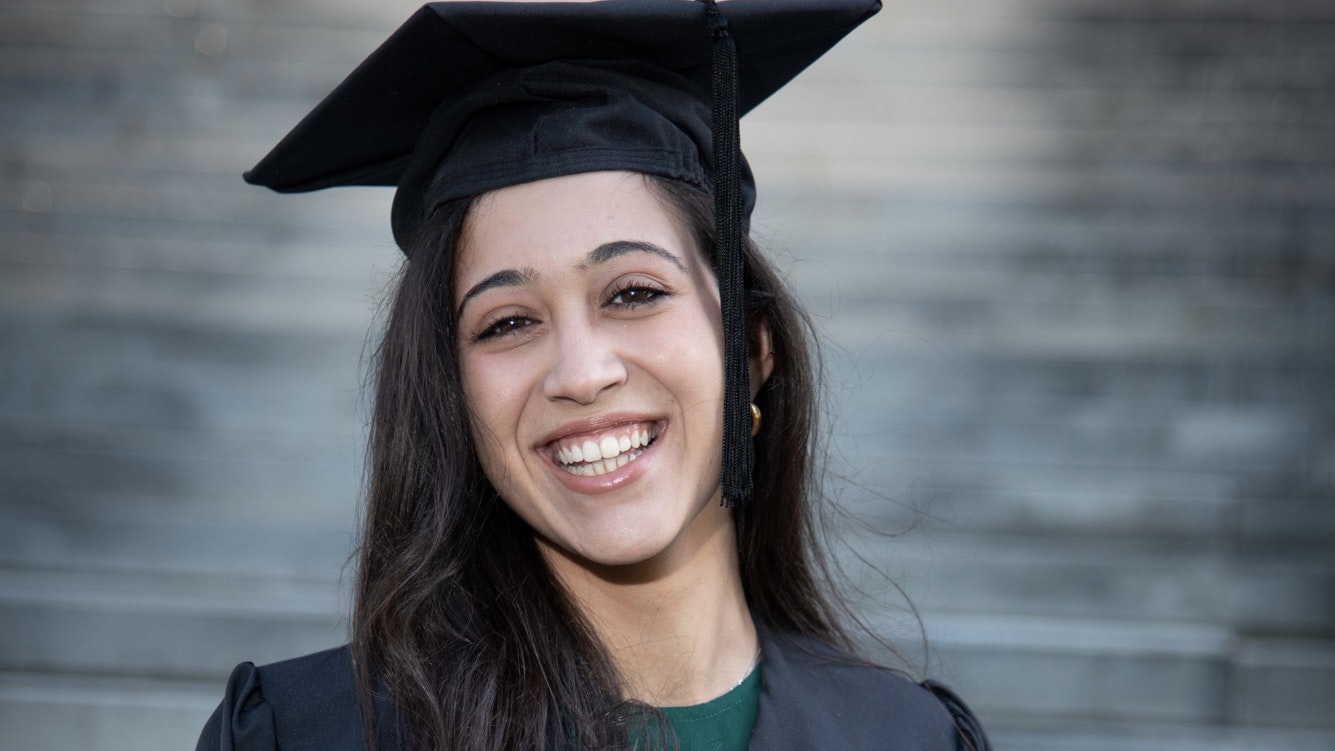 The chemical composition of protoplanetary disks around young stars affects the chemical habitability of planets and whether they can host life. Nitriles are key to reactions that lead to the formation of molecules such as RNA and amino acids. Canta’s thesis suggests a hidden reservoir of nitriles that was previously unknown and expands our understanding of the formation of CN bonds during planet formation, potentially shedding new light on the origins of life.

Karin Öberg, a professor of astronomy who also serves as the director of undergraduate studies in the astronomy department, said of Canta’s thesis, “I have never before seen an undergraduate contributing at this high level to the field of astrochemistry.” The discussion portion of Canta’s thesis, Öberg said, “reveals a deep and penetrating mind with a very unusual command of the literature.”

Frances Hisgen, a concentrator in history, was honored for “‘We Don’t Know What to Do with the Likes of You’: Racializing Britishness during the Civilian Evacuation of Hong Kong, 1939–1941.” 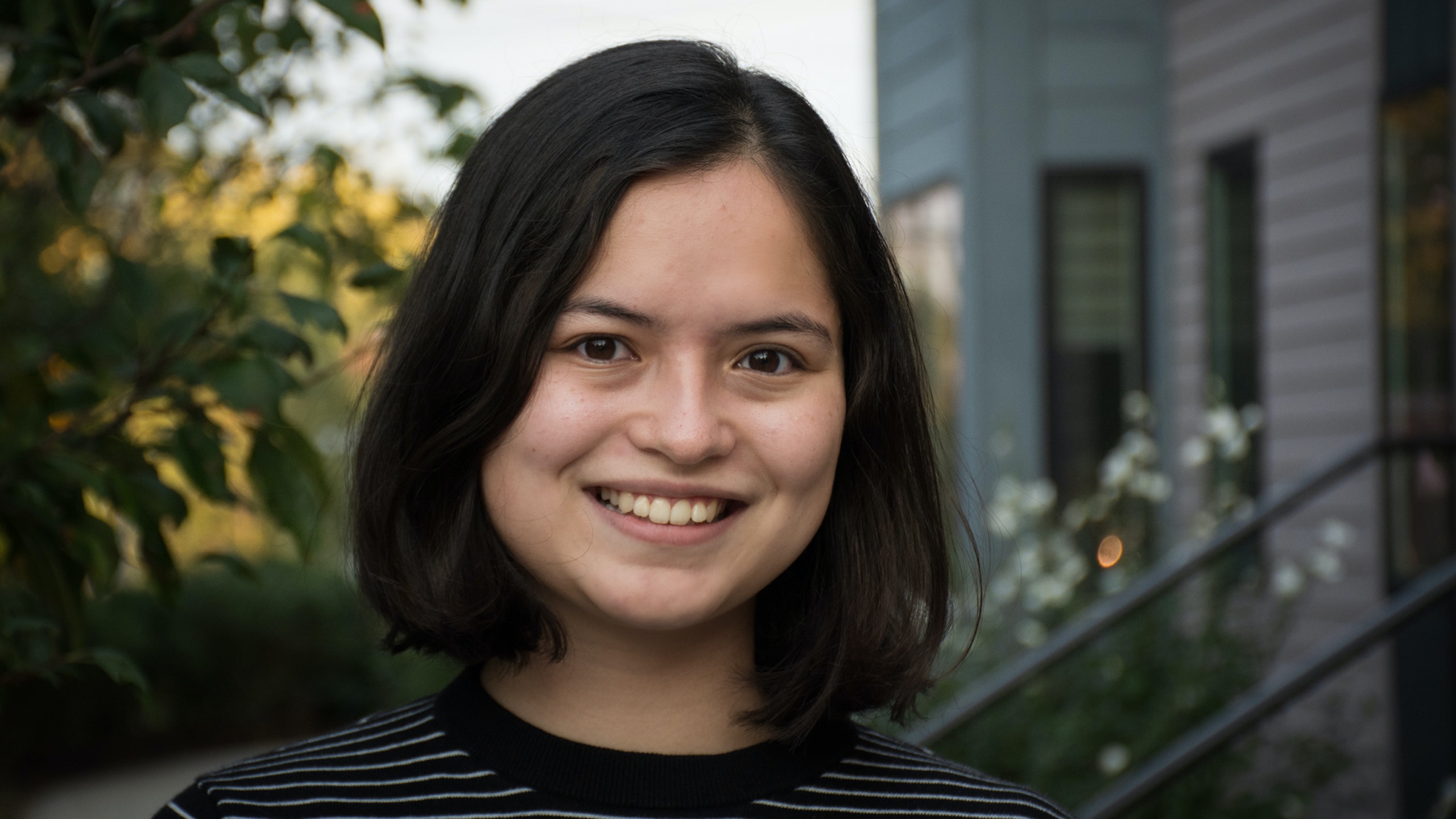 Her thesis investigates the planning and execution of government-sponsored evacuation of civilian British women and children from colonial Hong Kong to Australia, via Manila, in the summer of 1940. It illuminates how racial discrimination in evacuation was made possible through a process by which the meaning of “British” became synonymous with whiteness, overtaking legal or cultural definitions of Britishness. Hisgen’s thesis further rescues biographical accounts of individual prewar Eurasian Hong Kongers that have been thus far overlooked in the scholarly literature.

Maya Jasanoff, the X.D. and Nancy Yang Professor, the Coolidge Professor of History, and a Harvard College Professor, said “Frances Hisgen’s thesis is one of the most accomplished pieces of undergraduate historical scholarship we have ever supervised.” Professor Jasanoff noted that Hisgen was both “intellectually independent—many students struggle with the autonomy of the thesis process—and so welcoming of feedback.” She said that the project showed that Hisgen has “the makings of an extraordinary writer, researcher, and thinker.”

Sally O’Keeffe, a joint concentrator in English and in art, film, and visual studies, was honored for her book “Buildings Made of Bones.” 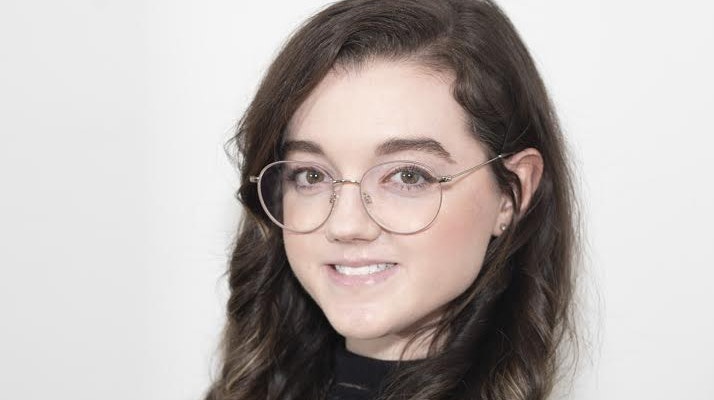 The thesis—a book of poems and photographs—invites readers into a world unfamiliar to most: one of psychiatric wards and severe mental illness. It is a deeply personal work that explores O’Keeffe’s time at McLean Hospital and her experience grappling with mental health issues. At a time when mental illness is still not fully understood by society, where treatment can still feel inhumane, this book creates an immersive point of entry for readers to begin to understand what it was like being committed to a psychiatric ward, and how life continues with mental illness.

Josh Bell, a senior lecturer in the Department of English and supervisor of O’Keeffe’s project, said that the thesis “is a publishable book. And in some ways, saying this is only saying the least of it.” He wrote, “reading ‘Buildings Made of Bones’ should be a sad undertaking, and it is, but that doesn’t account for the lightness of the poetry’s touch, of the speed of motion, of its almost positive tonality. And that’s because…in addition to everything else it is, this book is a live record of an artist discovering her signature power.”

The Fay Prize was established in 1907 by Joseph Storey Fay in memory of his great-grandfather, Captain Jonathan Fay (1724–1800), to be awarded to the graduating Radcliffe student most deserving due to academic and personal merit: one whose “scholarship, conduct, and character has given evidence of the greatest promise among her contemporaries.” First bestowed in 1909 to Evelyn Spring, Radcliffe College administered the prize for 90 years, and the Radcliffe Institute has continued the tradition since 2001, expanding the candidate pool to Harvard graduating seniors of all genders. The honor reflects the mission of the Radcliffe Institute to foster advanced work across a wide range of disciplines.

The Radcliffe Institute for Advanced Study at Harvard University is one of the world’s leading centers for interdisciplinary exploration. We bring students, scholars, artists, and practitioners together to pursue curiosity-driven research, expand human understanding, and grapple with questions that demand insight from across disciplines.

The Institute’s work is shaped by its history as the former Radcliffe College—a school founded to ensure that the standard of education embodied in Harvard was accessible to women, who were then excluded from the University. Radcliffe’s defining commitment to women and the study of gender endures in the Institute’s programs and the world-class collections of its Schlesinger Library. But the legacy of Radcliffe College is not simply coeducation at Harvard; it is the recognition that universities will always be greater when they draw wisdom and talent from the widest possible pool. This principle has guided Radcliffe’s work for nearly a century and a half. Among the many distinguished schools of Harvard, the Institute is unique: interdisciplinary by design and animated by a legacy of promoting inclusion. For more information about the people and programs of the Radcliffe Institute, visit www.radcliffe.harvard.edu.