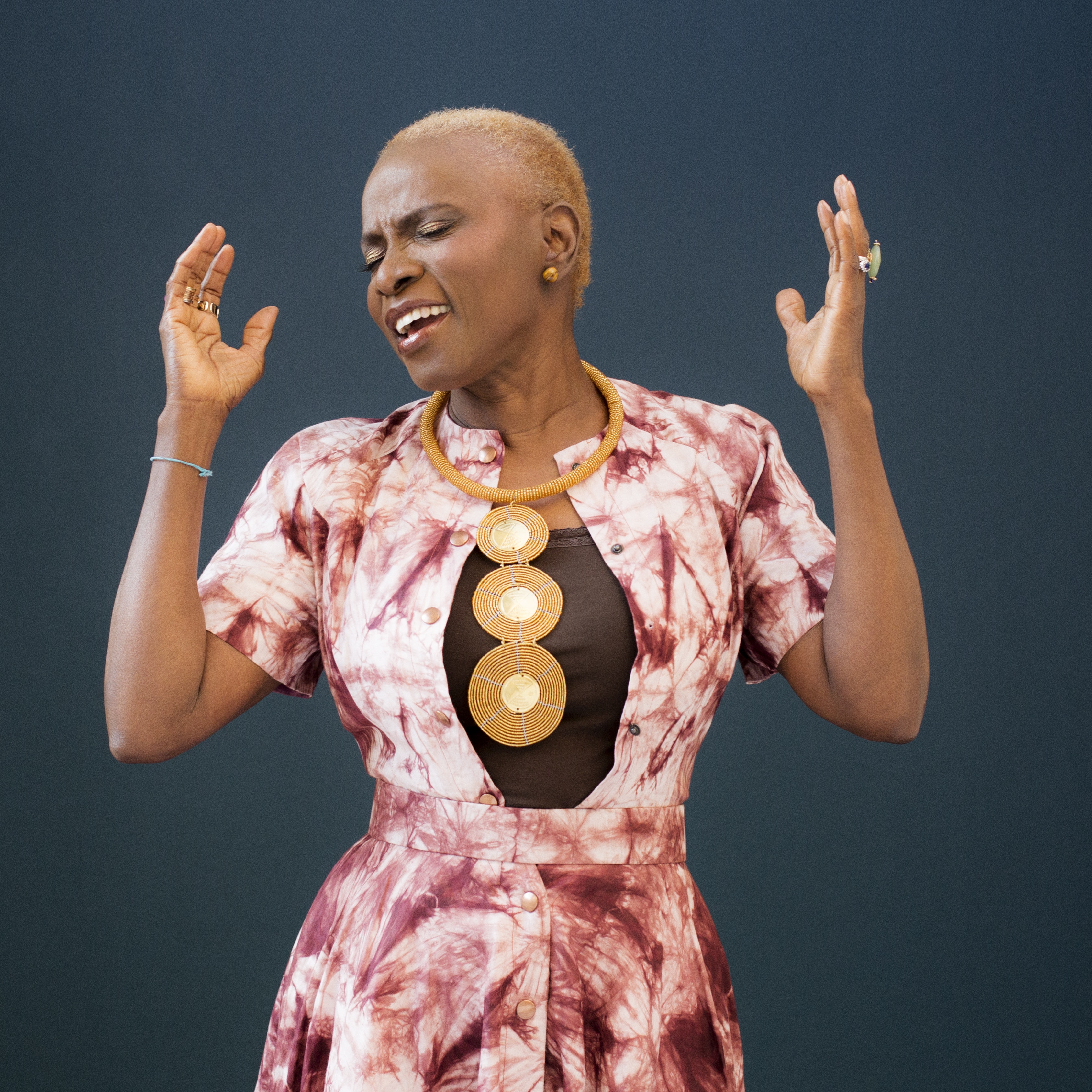 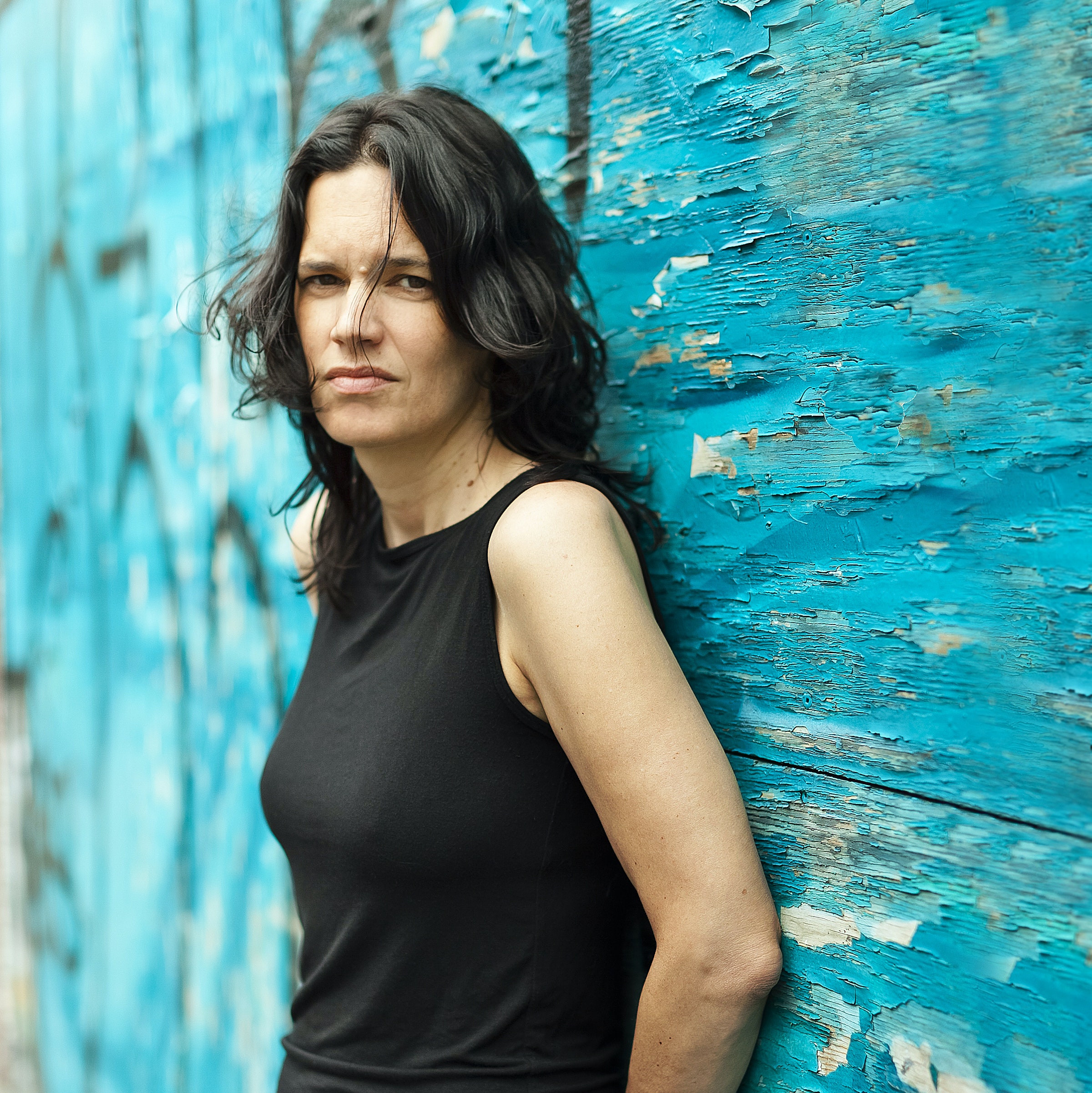 Harvard Radcliffe Institute will hold a major public conference to probe the complex and unpredictable ways that Roe v. Wade and its aftermath shaped the United States and the world beyond it for nearly half a century. The existential issue of abortion—and the galvanizing impact of Roe in particular—transformed the nation’s politics and public policy and its social movement energies, as well as the operations of the courtroom and the clinic.

This opening session of the "Age of Roe" conference features speakers with a range of perspectives from the front lines of debates about abortion, birth, and birth disparities. Each will tell stories from their work and talk about the work of stories in their own social movement and thought leadership.

Climate change is one of the, if not the, most significant threats facing our planet today. It affects life on Earth in countless ways—atmospheric health to wellness; natural ecosystems to small businesses; global security to neighborhood food insecurity; and international policy to individual decision-making—while exacerbating inequality. Symposium sessions will investigate global climate systems and disasters, health, climate justice, and adaptation and remediation. 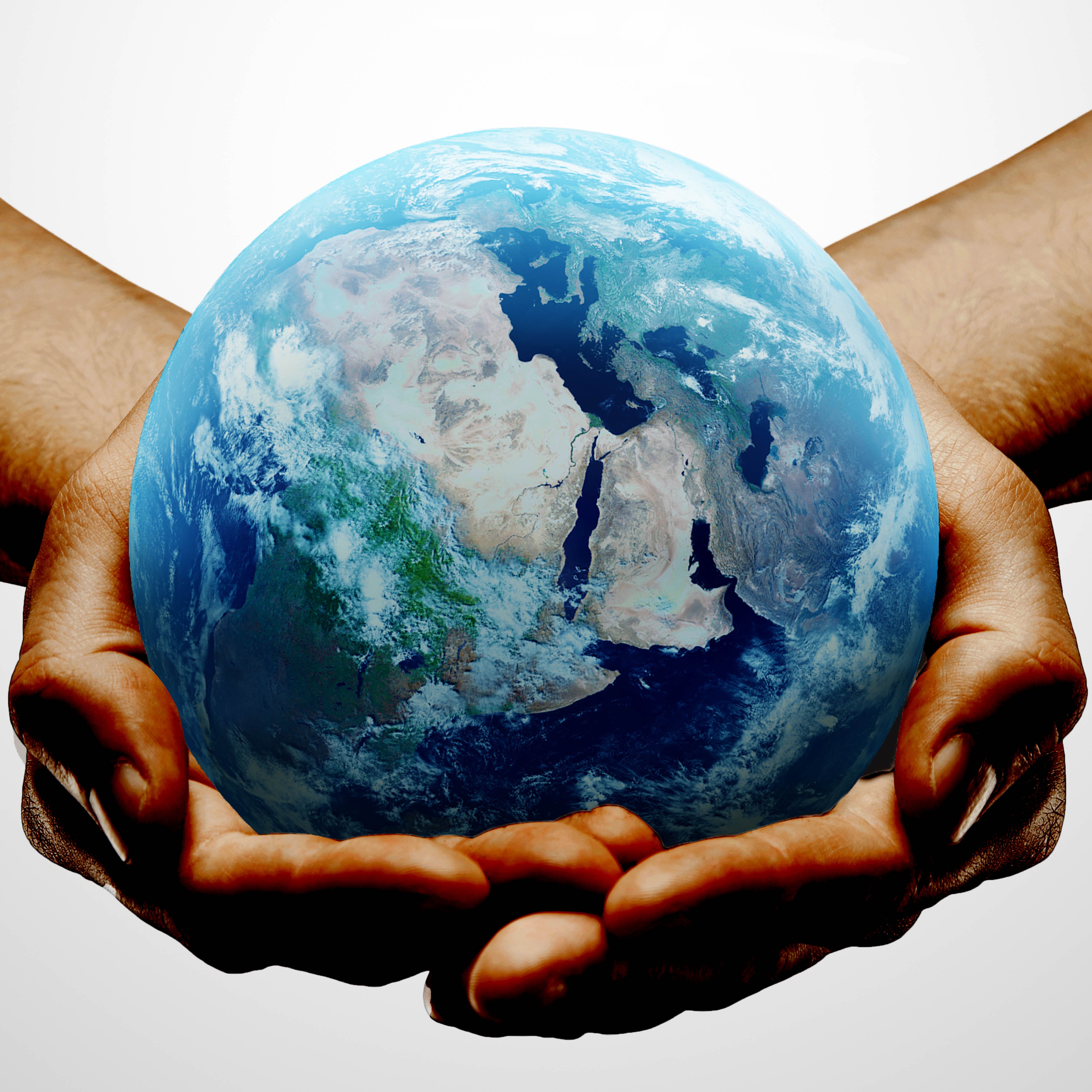 Telling the Truth about All This: Reckoning with Slavery and Its Legacies at Harvard and Beyond

Universities and other institutions around the world have begun to reckon with their ties to slavery and its enduring legacies. Such efforts have uncovered previously unknown or ignored histories of enslavement, financial ties to slavery, and support for racist ideologies. They have also called attention to the long history of Black leadership and resistance. Taking these histories as a starting point, this conference will consider how institutions can pursue sustained and meaningful repair. 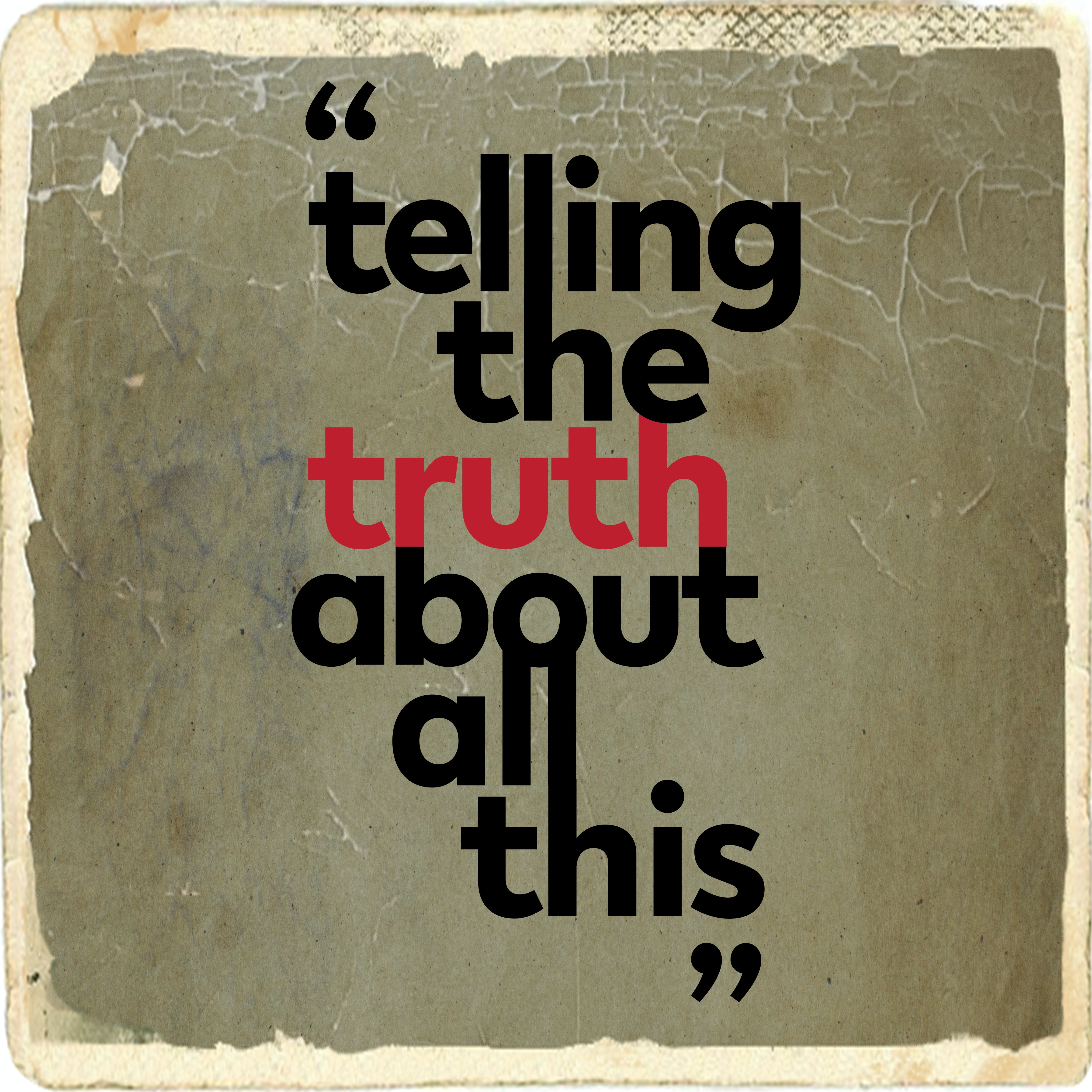 To Laugh Is Human: Gender and Comedy

Are we entering a new age of comedy? As once marginalized voices take center stage, fresh comedic genres are challenging assumptions about who and what can be funny. Join us as comedians, academics, and activists share their surprising insights into gender and comedy and how laughter can deepen and transform our sense of humanity. 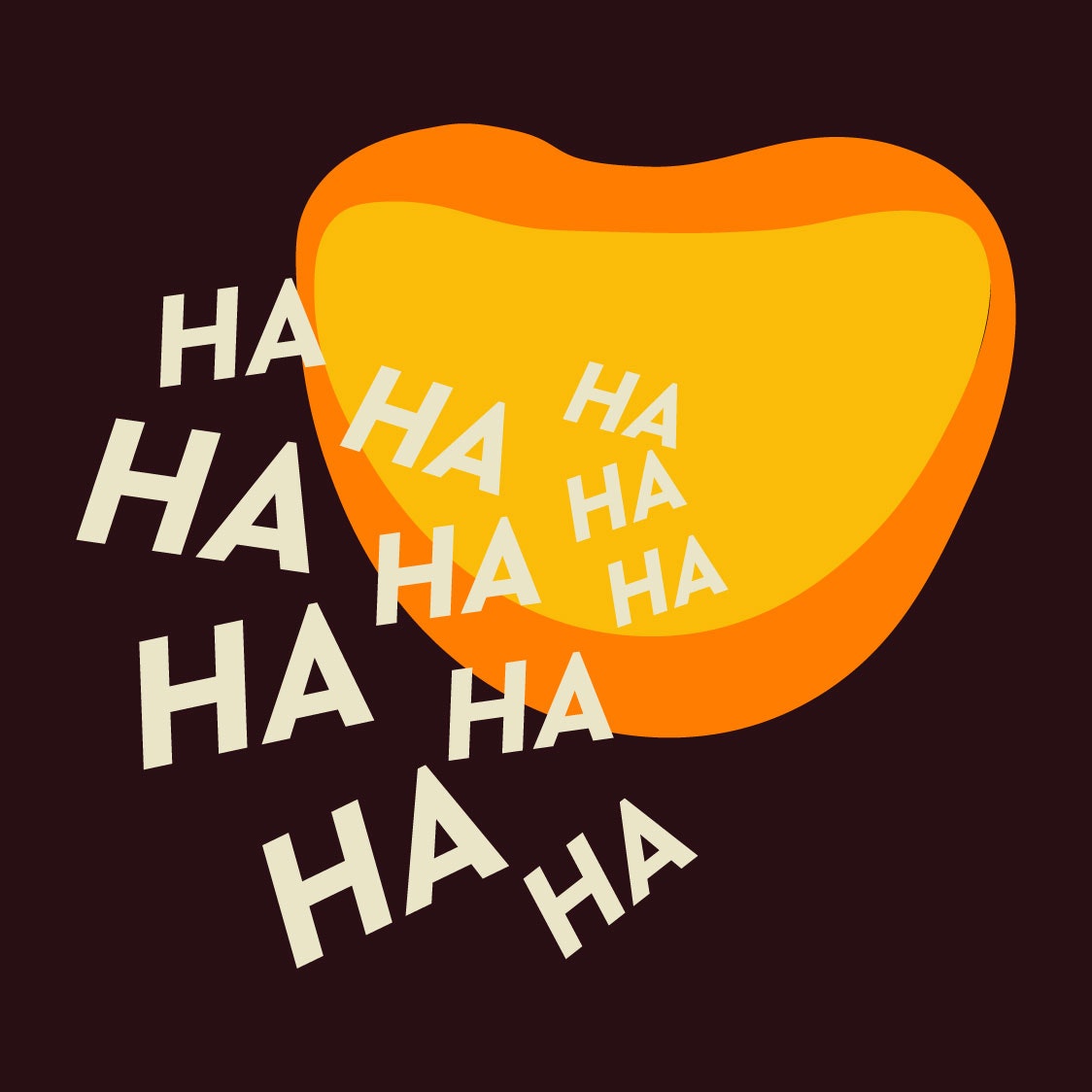 The Harvard Radcliffe Institute Science Symposium will examine artificial intelligence (AI), its impact, and its ethics by exploring current and potential applications of AI in a range of fields of inquiry, practice, and public policy as well as what AI is (and is not).

AI and the Future of Health

This special Radcliffe science event will focus on how AI can accelerate research and development in general and drug discovery in particular. The health AI experts Regina Barzilay and Casandra Mangroo will each speak about their innovative work and then join Radcliffe’s Alyssa Goodman in a conversation on AI’s promise—and potential pitfalls—as we look toward the future of human health. 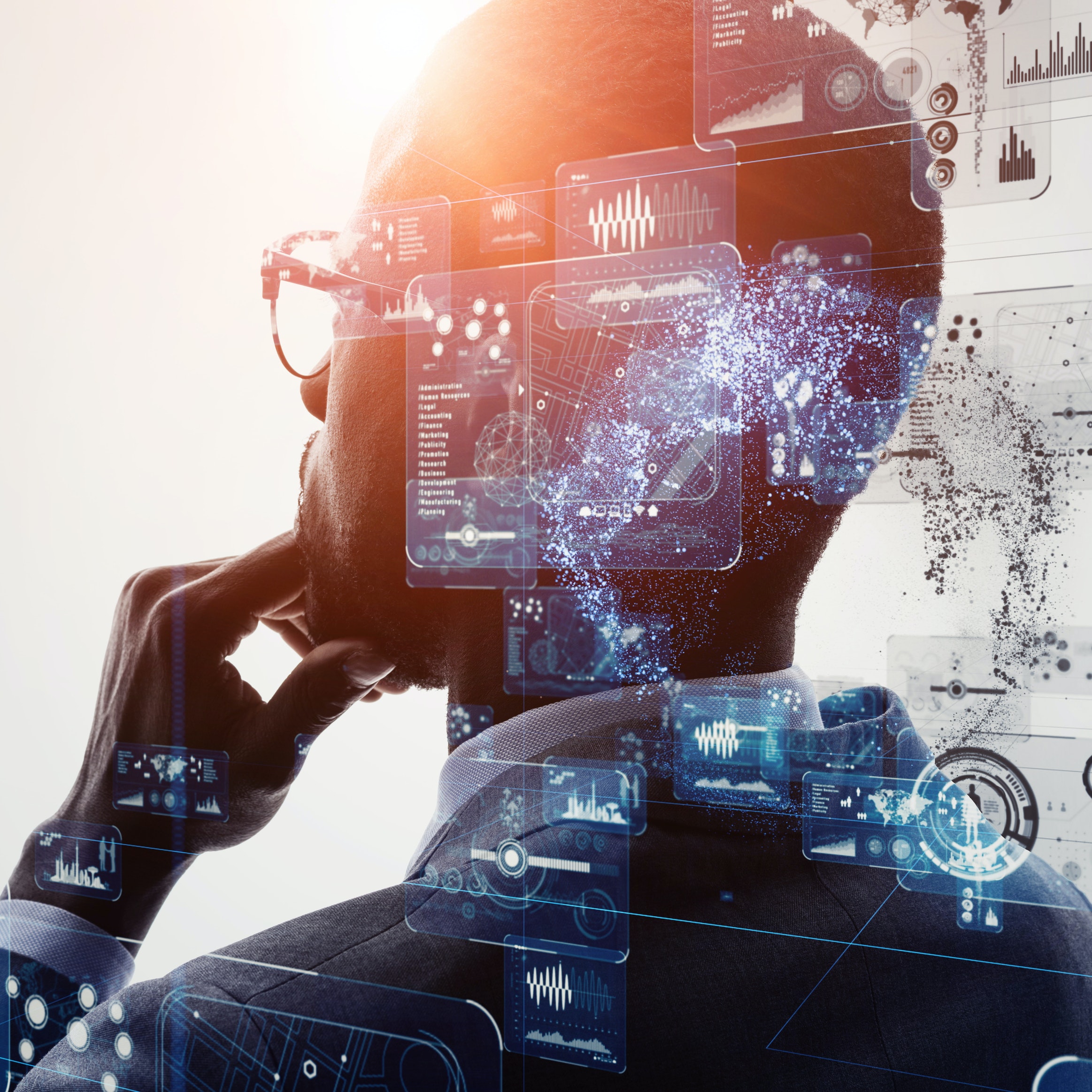 The Stories We Tell and the Objects We Keep: Asian American Women and the Archives 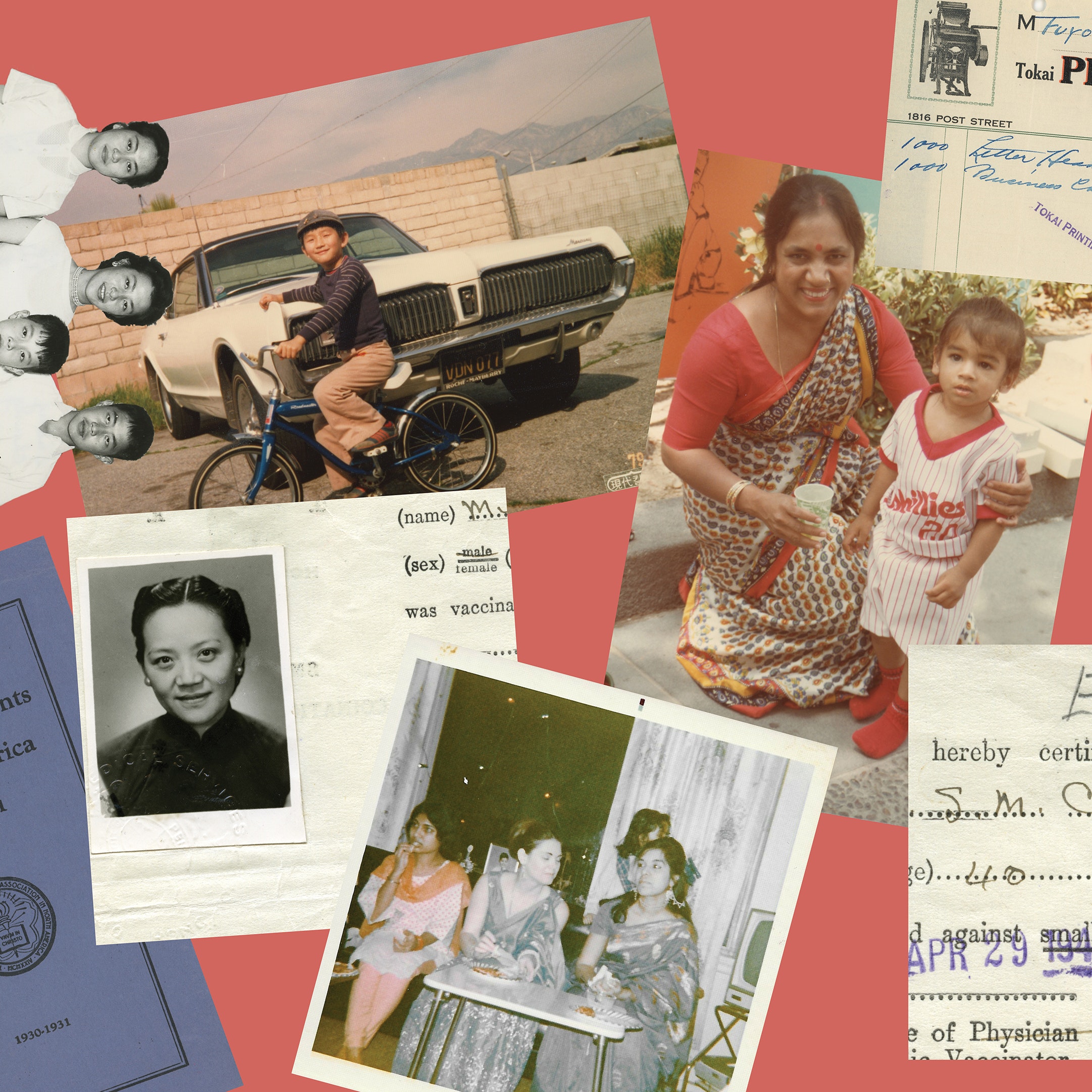 This panel draws together the ideas and growing influence of conservative women, the political activism of gay communities, and the mobilization of Latinx constituencies in the ongoing struggle over votes. 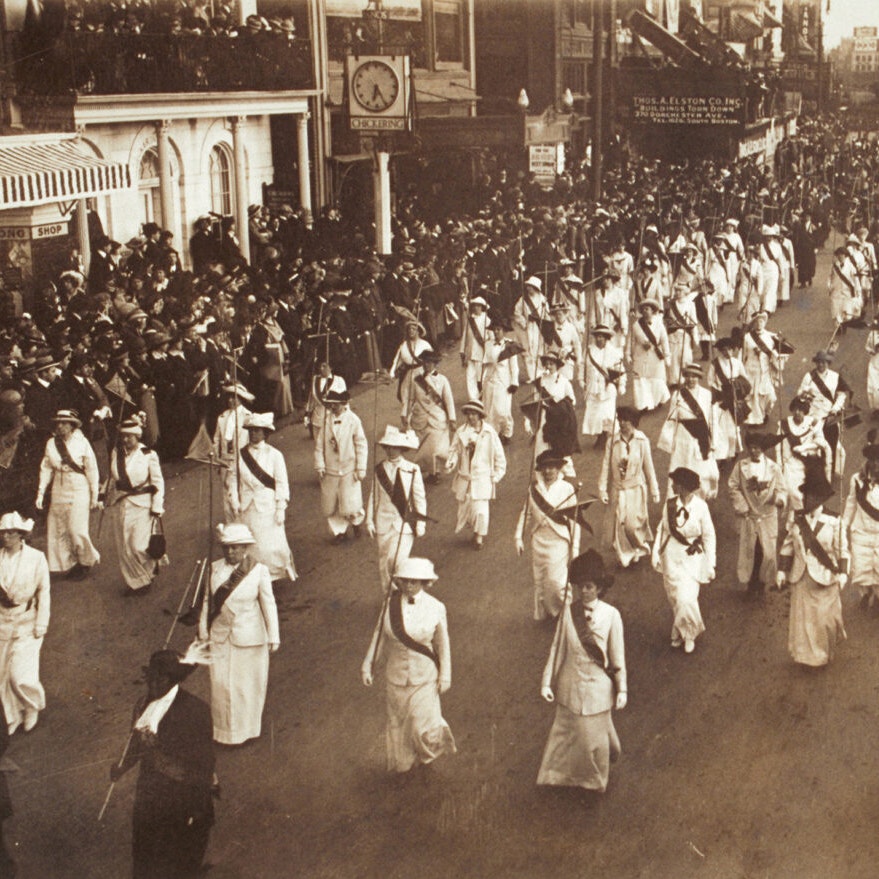 This roundtable conversation looks at the relationships among the Reconstruction Amendments, the 19th Amendment, the Voting Rights Act (VRA), and the Immigration and Nationality Act (INA).

This panel will use gender as a lens to understand the cross-cutting trends of enfranchisement and disenfranchisement that came together in the wake of the Civil War.

Our series Voting Matters: Gender, Citizenship, and the Long 19th Amendment begins with a keynote address by the historian Martha S. Jones who explores the intersection of gender and race in the battle for the ballot.

Radical Commitments: The Life and Legacy of Angela Davis

No single person sits more squarely at the intersection of these pivotal movements than the political activist and pioneering philosopher Angela Davis. “Radical Commitments” will use Davis’s life and work to ground discussions on the rich tradition of activism and social theory in the late 20th century, bringing together a cross-generational group of leading scholars, activists, musicians, and incarcerated women. 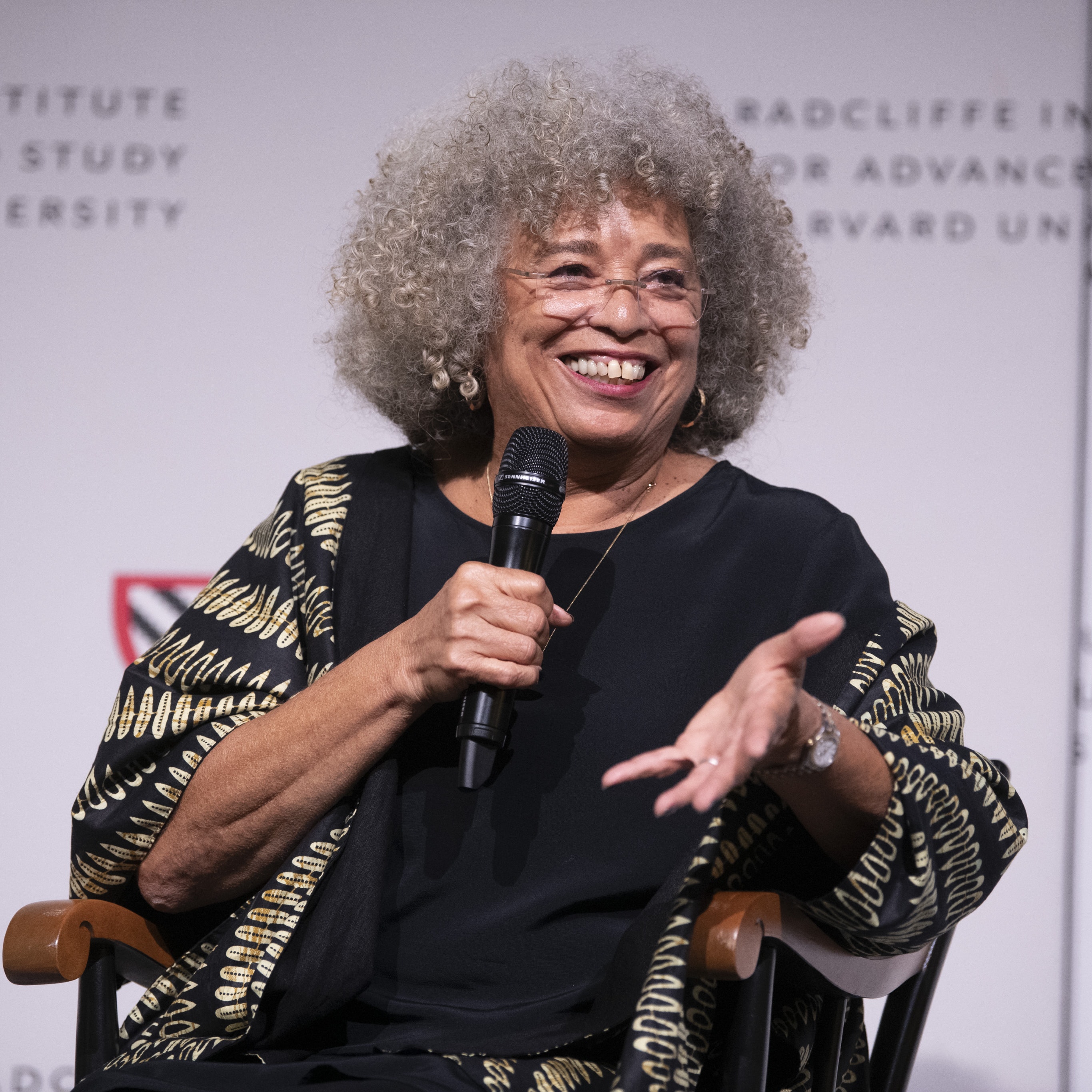 Making the Cut: Promises and Challenges of Gene Editing 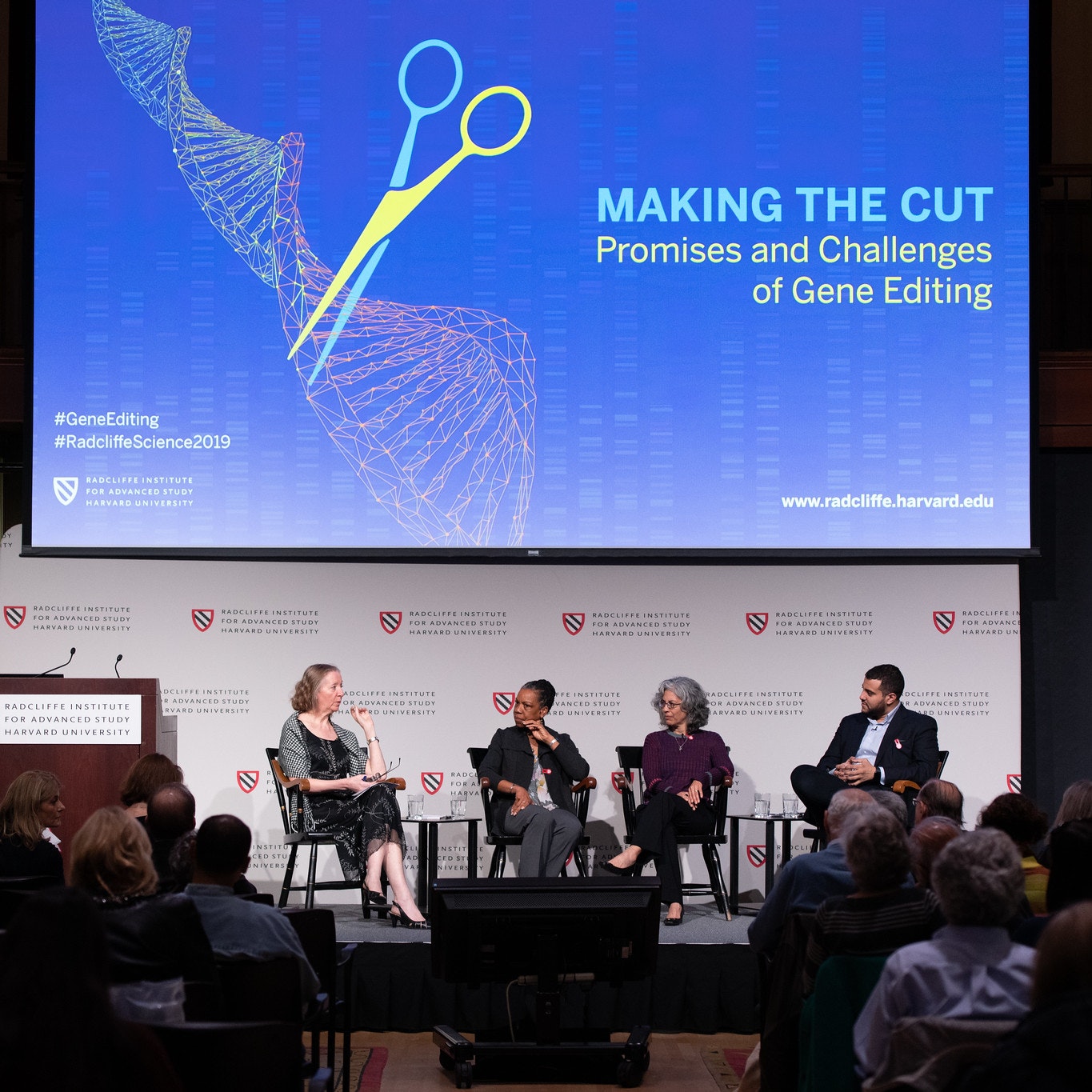 “Vision & Justice” is a two-day creative convening (April 25–26, 2019) that will consider the role of the arts in understanding the nexus of art, race, and justice. 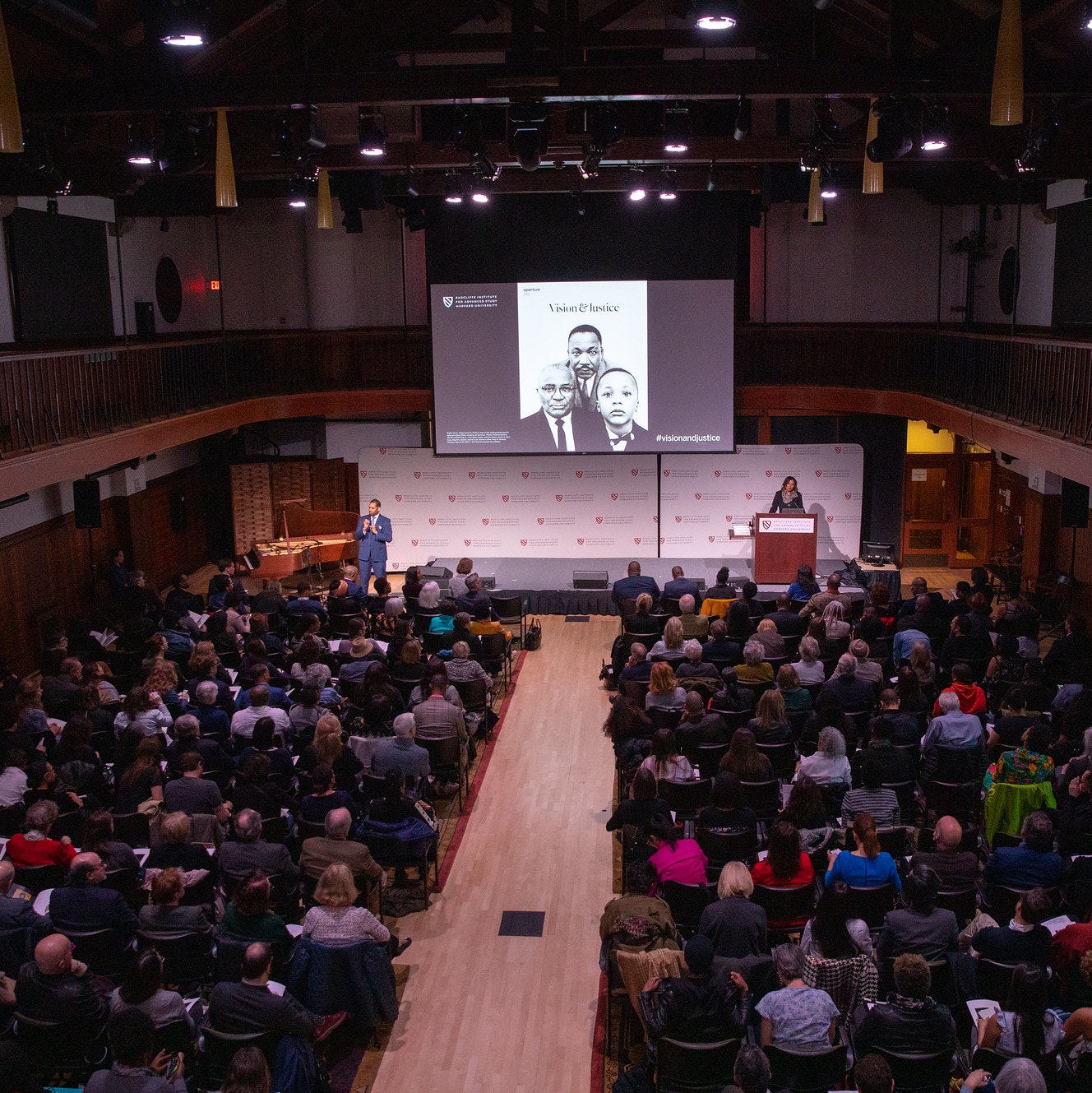 Populism, global crisis, and modernity have rendered citizenship an ever-more fluid and troubled concept. Even as millions of migrants from poorer countries struggle for citizenship in places like Canada, Europe, and the United States, wealthy families and individuals often have the means to purchase legal citizenship rights in a new country. Prominent court cases have granted the legal rights of citizens to corporations, which are themselves created by the government. Meanwhile, indigenous peoples frequently find their citizenship regulated by nation-states as well as tribal governments. In country after country, ethnic majorities are seeking laws to define citizenship based on race, language, and religion. In other settings, nations seek an ideal of citizenship that potentially erases biological, racial, and religious difference. 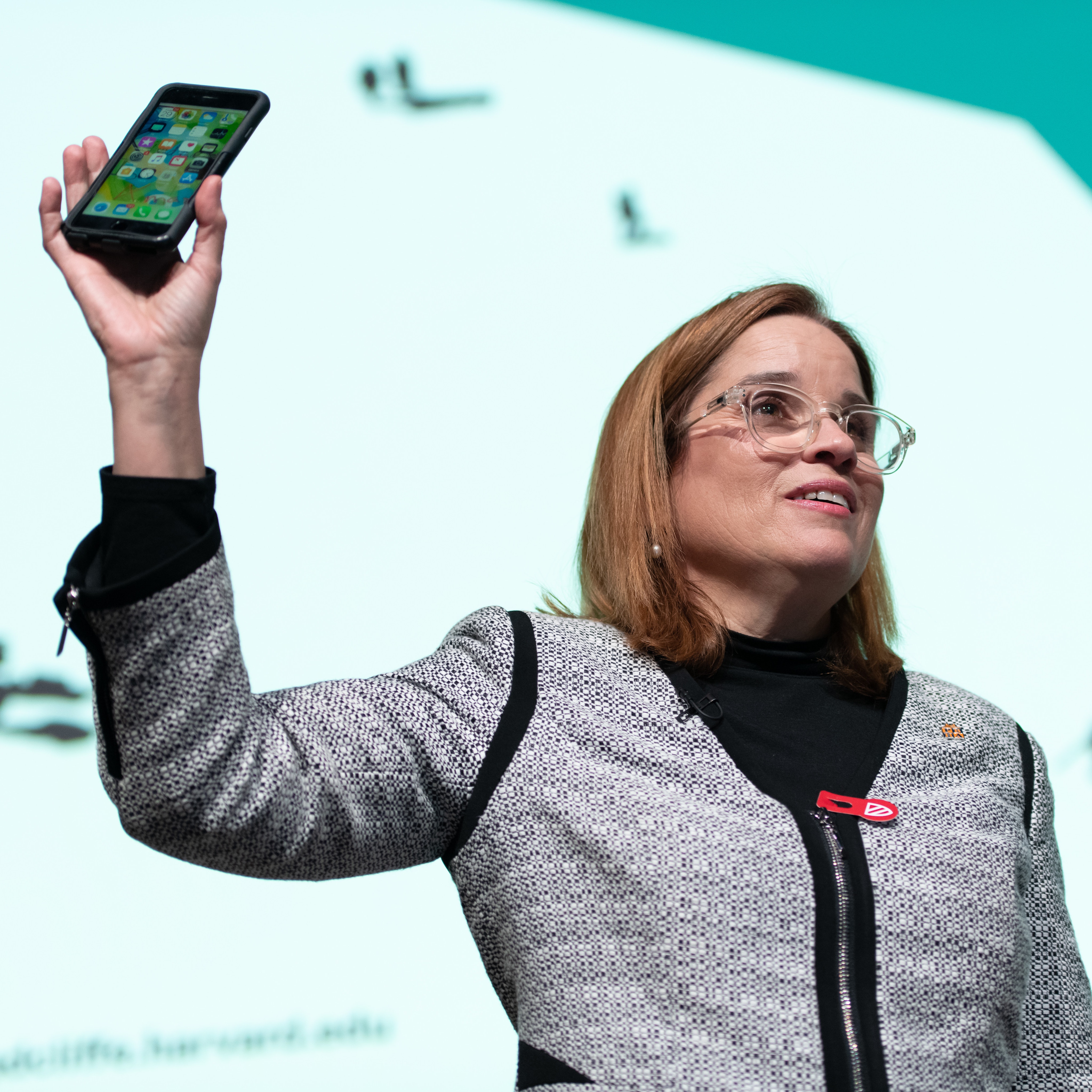 Beyond Words: Gender and the Aesthetics of Communication

“Beyond Words” will explore the aesthetics of communication, focusing particularly on how we communicate through the body—how we make ourselves look and smell, move and sound. 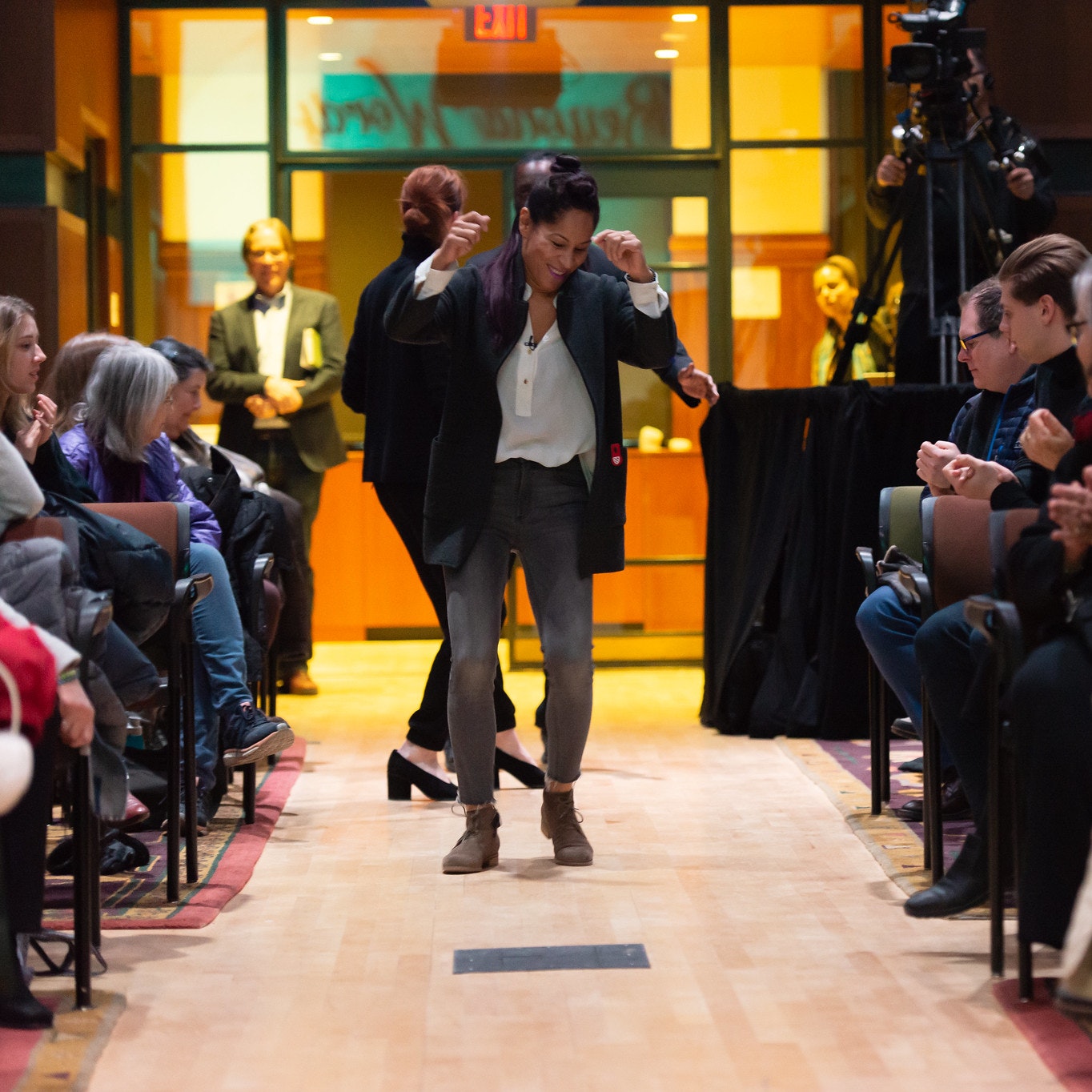 This conference will explore the ways in which contemporary notions of disability are linked to concepts of citizenship and belonging. Leaders in advocacy, education, medicine, and politics will consider how ideas of community at the local, national, and international levels affect the understanding of and policies related to disability—and how this has manifested itself, in particular, in higher education. 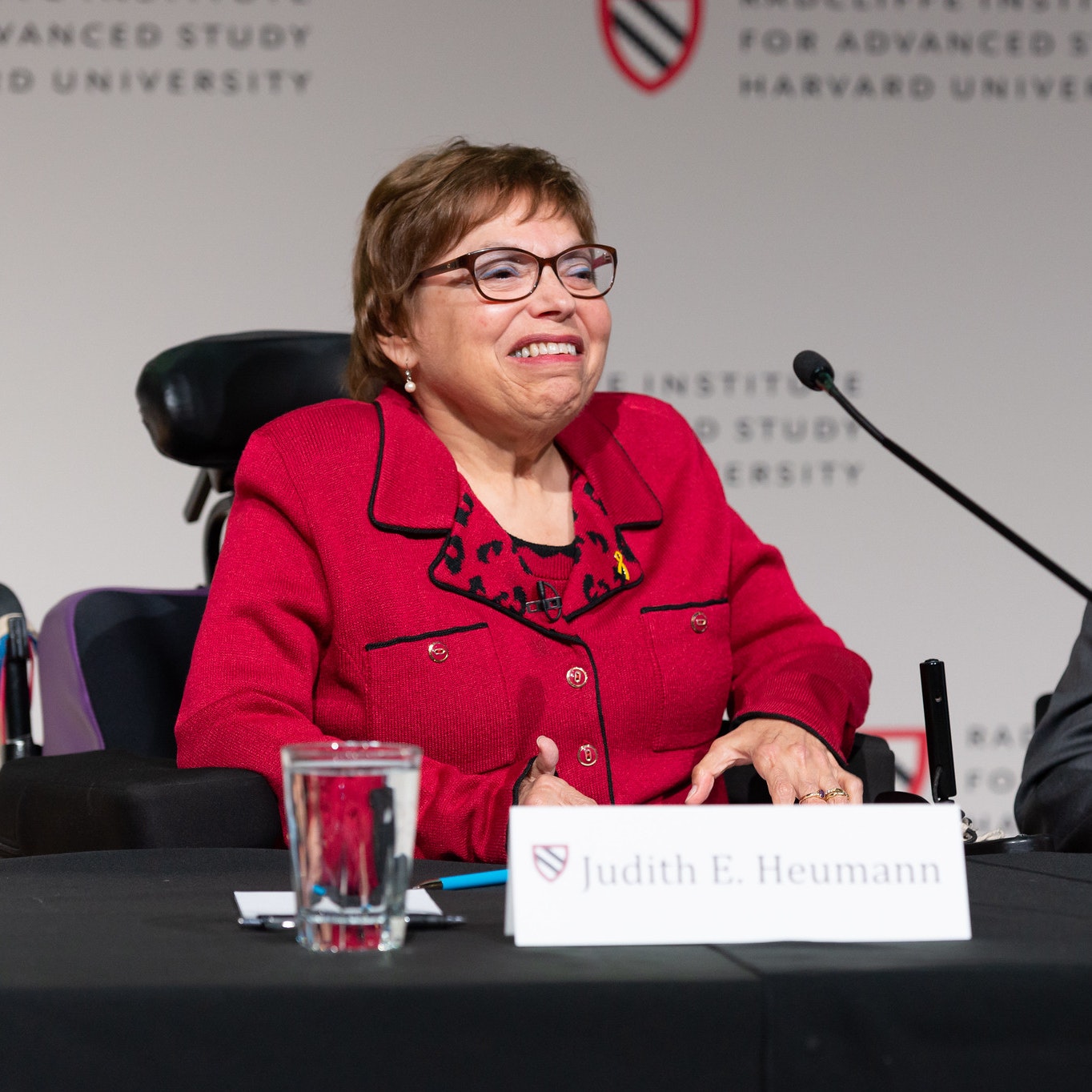 The 2018 Radcliffe Institute science symposium will focus on how scientists explore realities they cannot anticipate. Speakers from across the disciplines of modern science will present personal experiences and discuss how to train scientists, educators, and funders to foster the expertise and open-mindedness needed to reveal undiscovered aspects of the world around us. 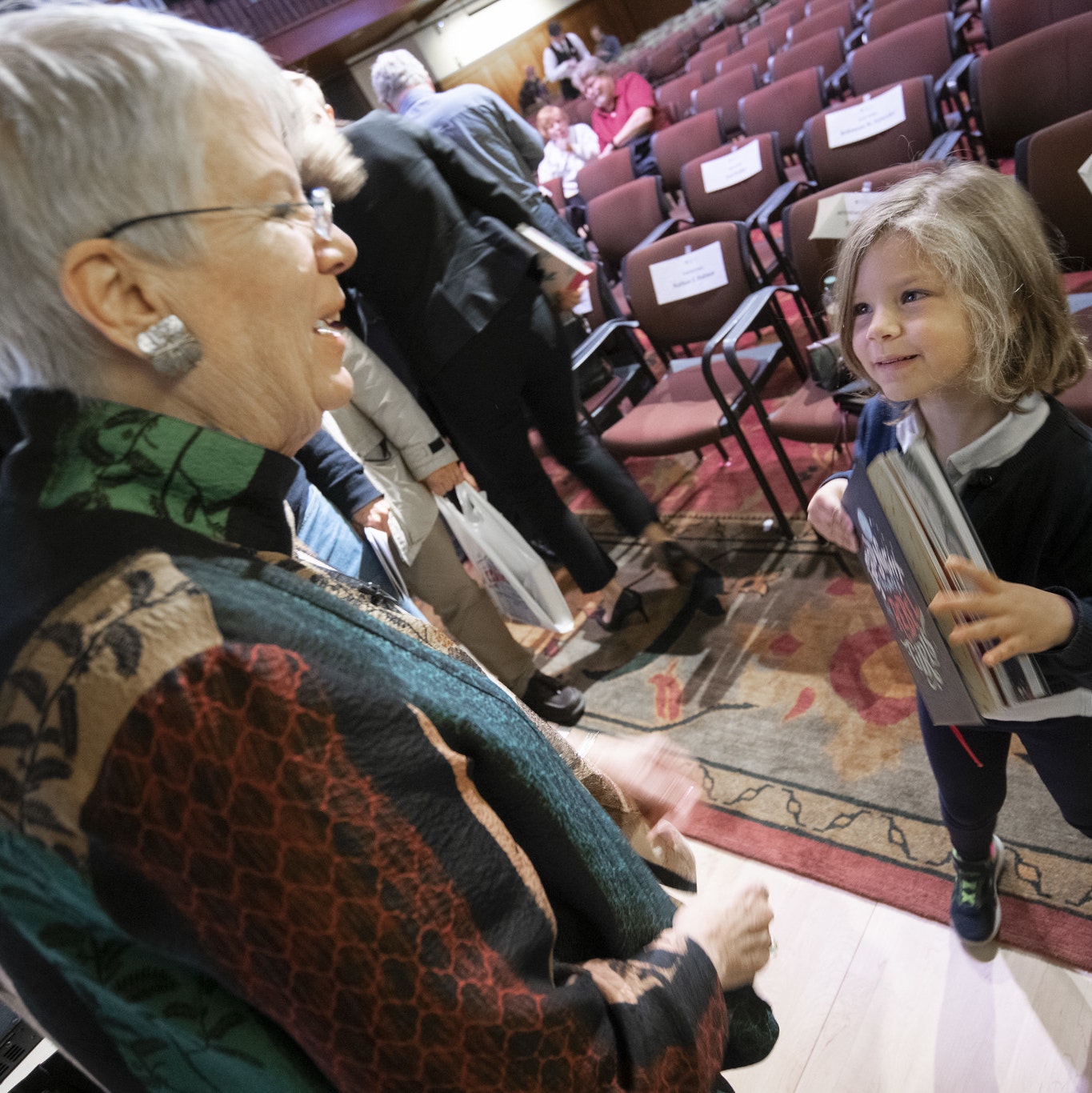 Who Belongs? Global Citizenship and Gender in the 21st Century

The very meaning of citizenship at local, national, and global levels is in flux in most countries and continents. More than 65 million human beings are currently displaced from their homes, while even in countries where armed conflict is not prevalent, separatist and nationalist movements have reshaped policy. Gender—in all its forms—is essential to any analysis of these trends and to our understandings of citizenship around the world, although it is often overlooked in public debate. 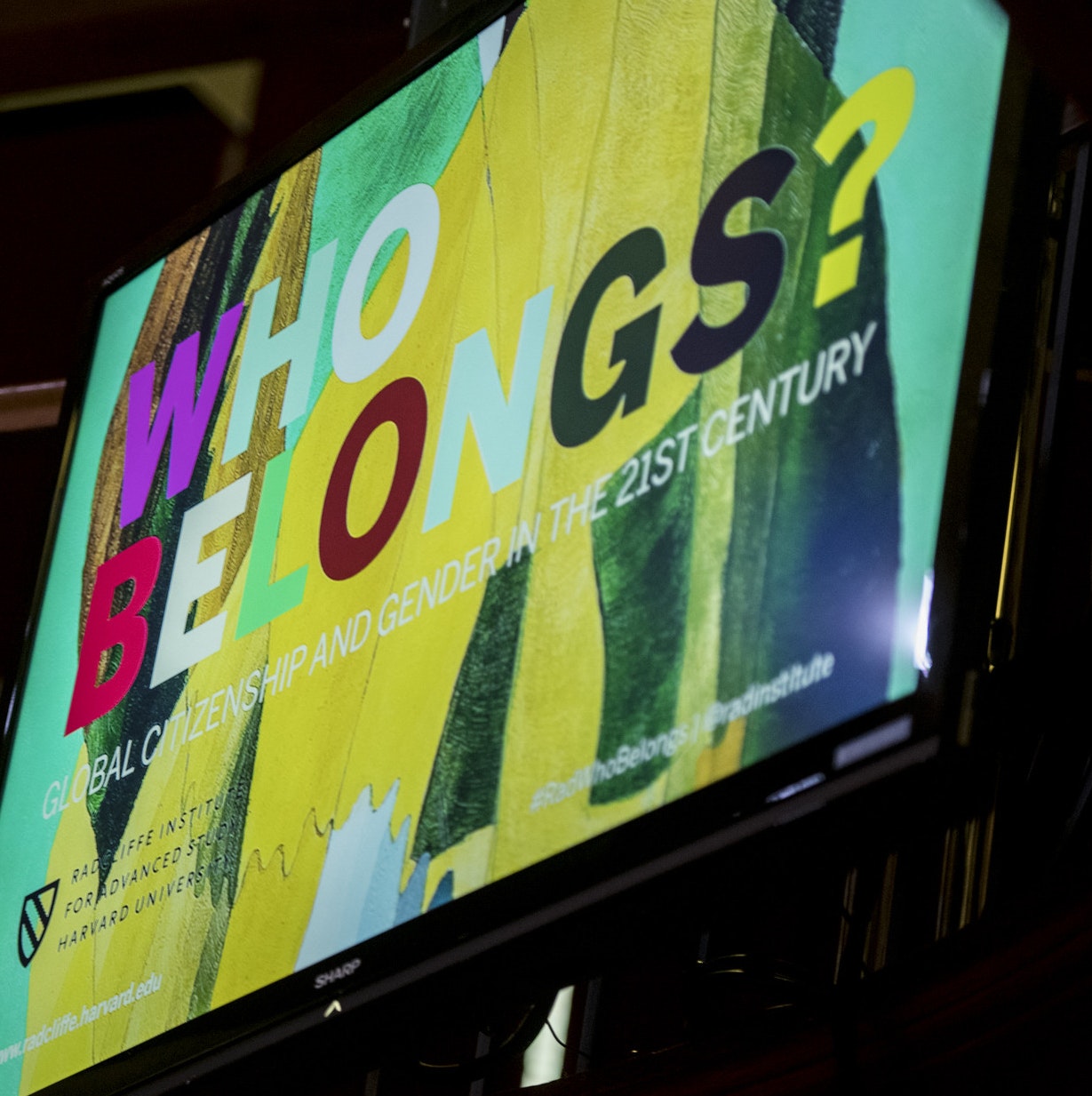 Show and Tell: An Evening about Citizenship with Documentary Filmmakers 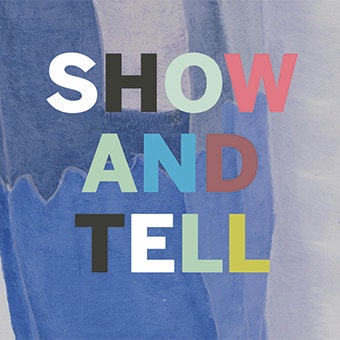 Epidemic disease spreads quickly in our interconnected, globalized world. This symposium looks at new ways of tracking epidemics using big data and social networks to predict and stem the rise of emergent diseases. 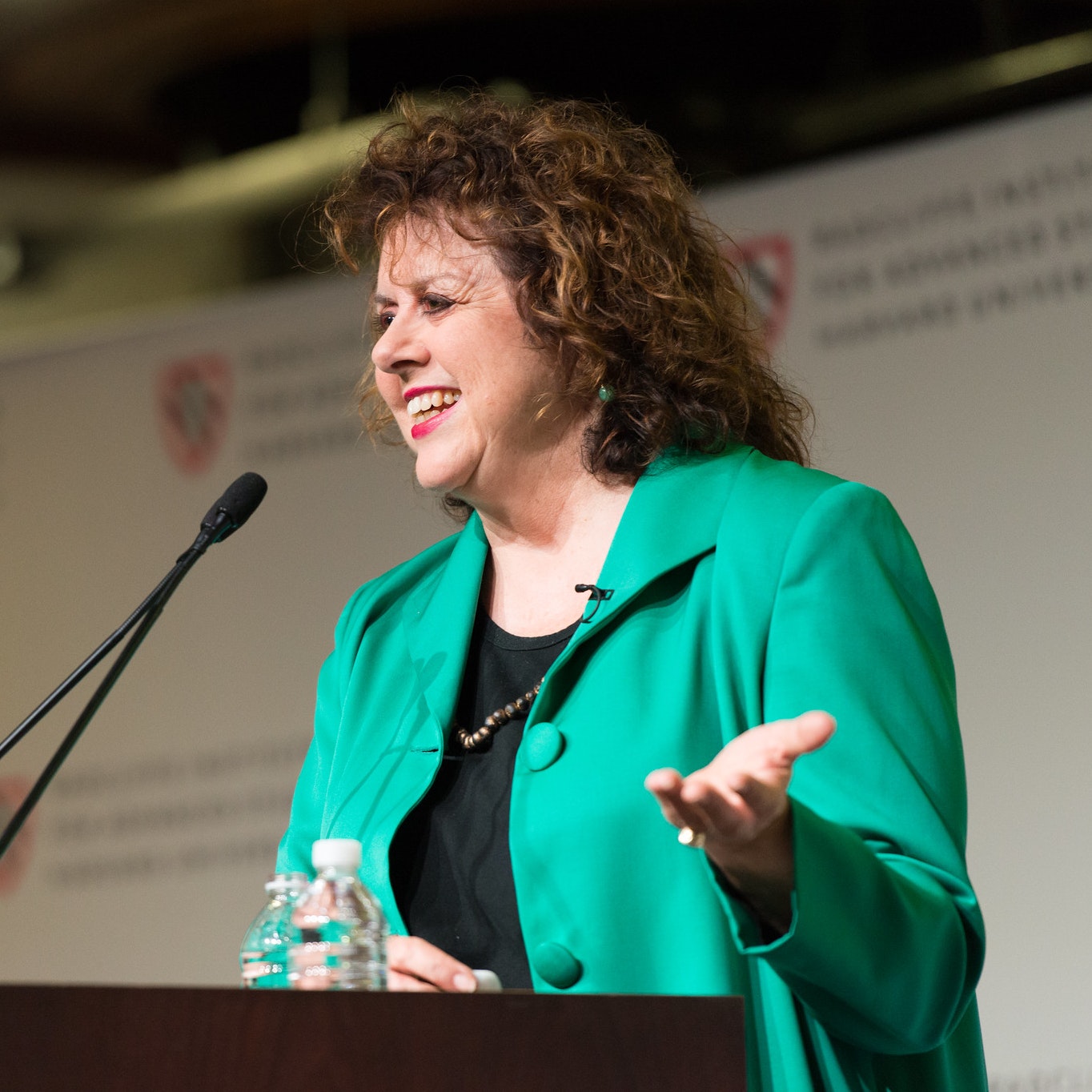 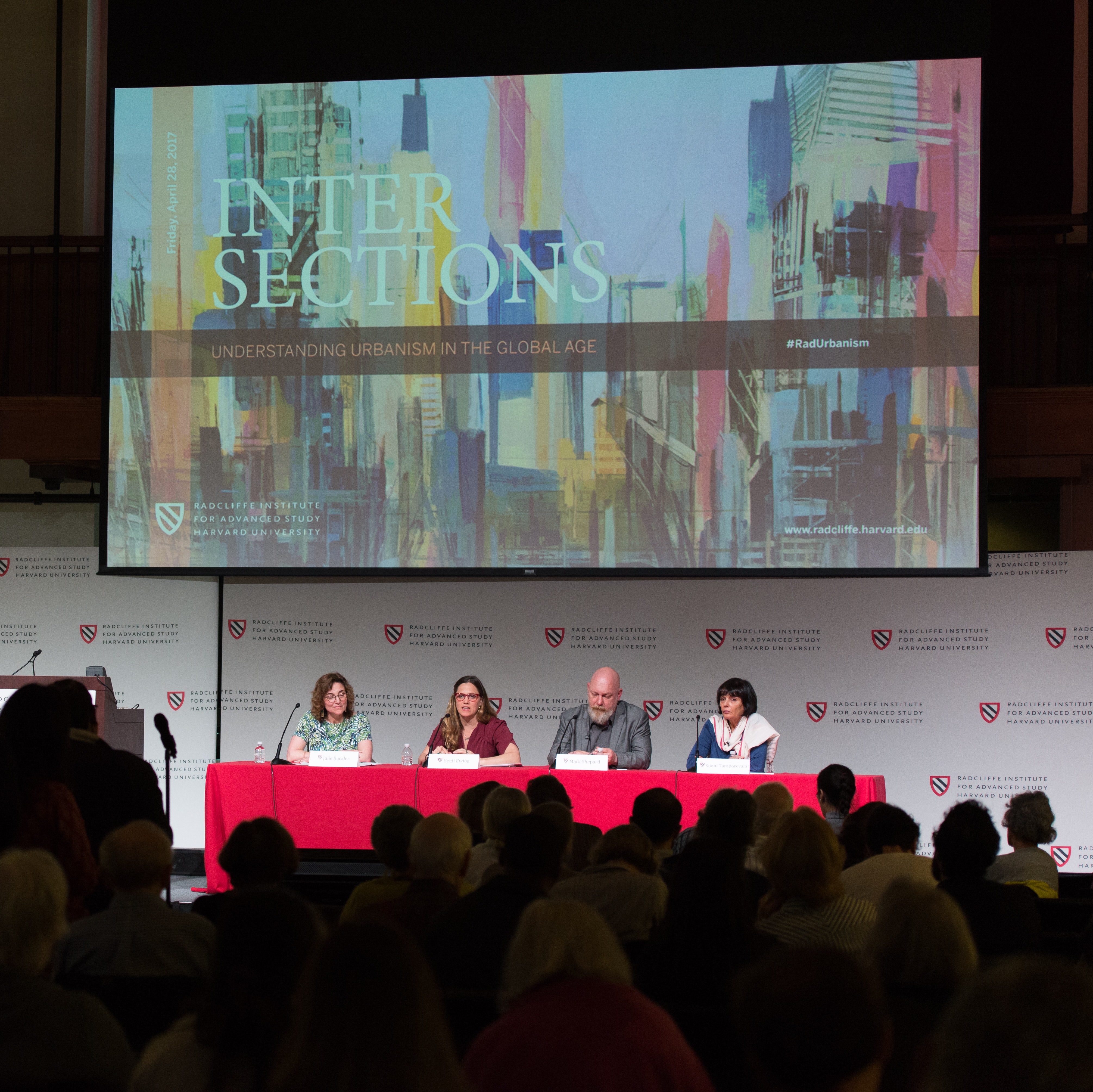 The degree to which sports—broadly defined—permeates societies and cultures has never been greater, making it a revealing lens through which to understand many contemporary issues. The Radcliffe Institute conference “Game Changers: Sports, Gender, and Society” will explore the relationship between sports and gender in the United States and around the world. 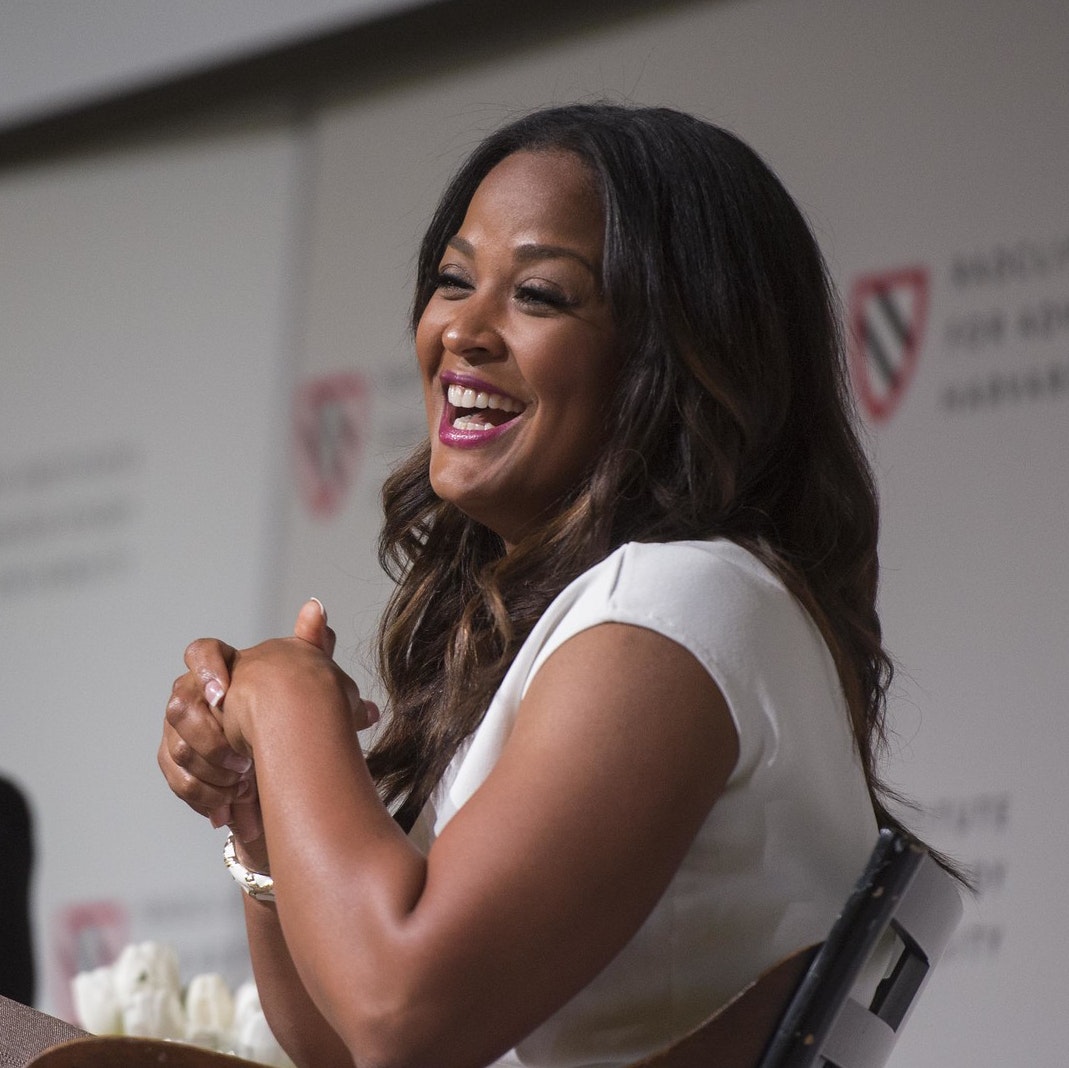 Universities and Slavery: Bound by History

In March 2016, Harvard President Drew Gilpin Faust, in an opinion piece in the Harvard Crimson, urged the university to more fully acknowledge and understand its links to slavery, stating, “The past never dies or disappears. It continues to shape us in ways we should not try to erase or ignore.”

On March 3, 2017, the Radcliffe Institute for Advanced Study at Harvard University will host a daylong conference to explore the relationship between slavery and universities, across the country and around the world. 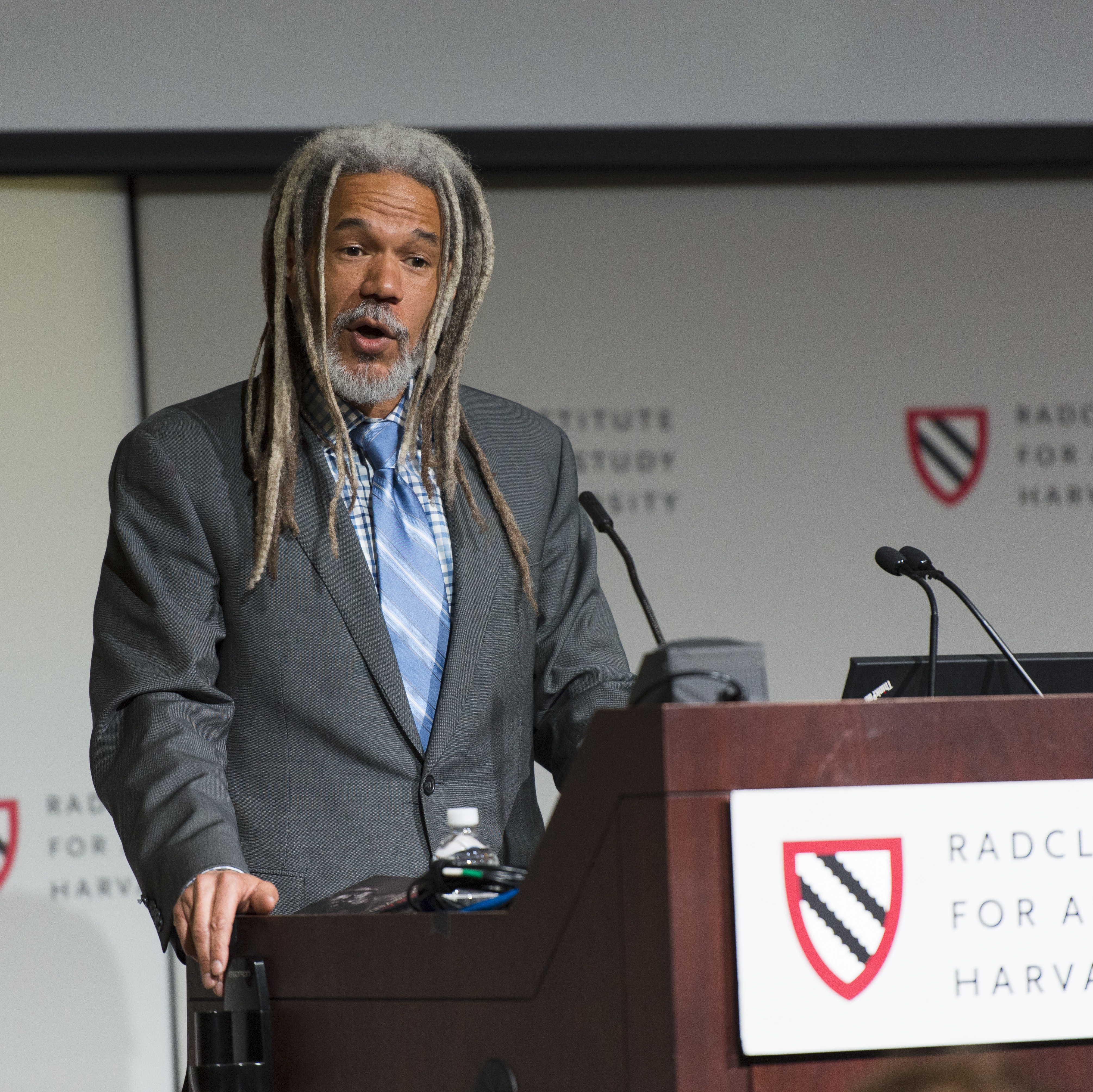 There are currently no exhibits scheduled.